What Is A Ring Game In Poker? 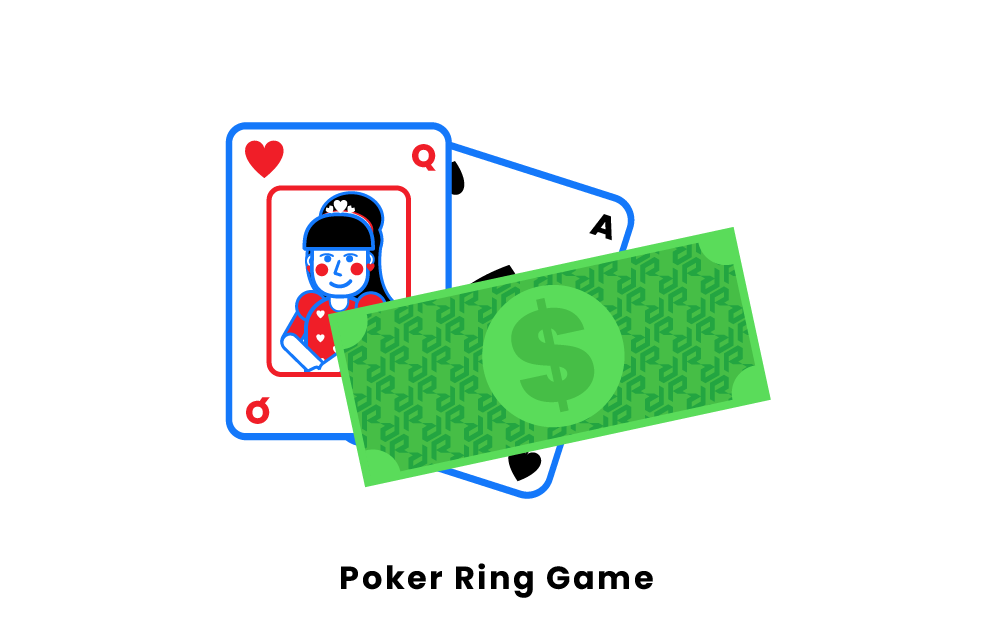 A Ring Game is a non-tournament poker game played with real money at stake.

The basics of a ring game are that there are no predetermined finish times, players can enter and leave as they wish, and you need to meet table requirements. Ring games can vary in their table requirements but generally it includes a buy in, and preventing people from “going south.” A buy in is the money that you need to put on the table in order to get into the game, while  “going south” is a term that means that you can’t remove a portion of your stack from the table in order to reduce your stakes. As people doing this make the game less fun and defeat the purpose of playing the game. So overall you don’t need much to start your own Ring Game, as you only need the most basic table requirements and to actually use real money.

Here are some other important facts about ring games:

Technically every ring game must have all seats at the table full, as opposed to being a shorthanded game.

The origin of the term ring game is the idea that the perfect ring of players around the table is a ring game, but this definition of a Ring Game has loosened over the years.

Poker tournaments differ from ring games in that unlike ring games they have a preset roster of players, a predetermined ending time, and for currency use tournament chips which have no value outside of the tournament instead of cash.

The terminology “cash game” and sometimes “live action game” are used to describe a ring game, but in actuality a ring game is much more precise and doesn’t include everything that a “cash game” does.

Pages Related to What Is A Ring Game In Poker?