What Is A Poker Stable? 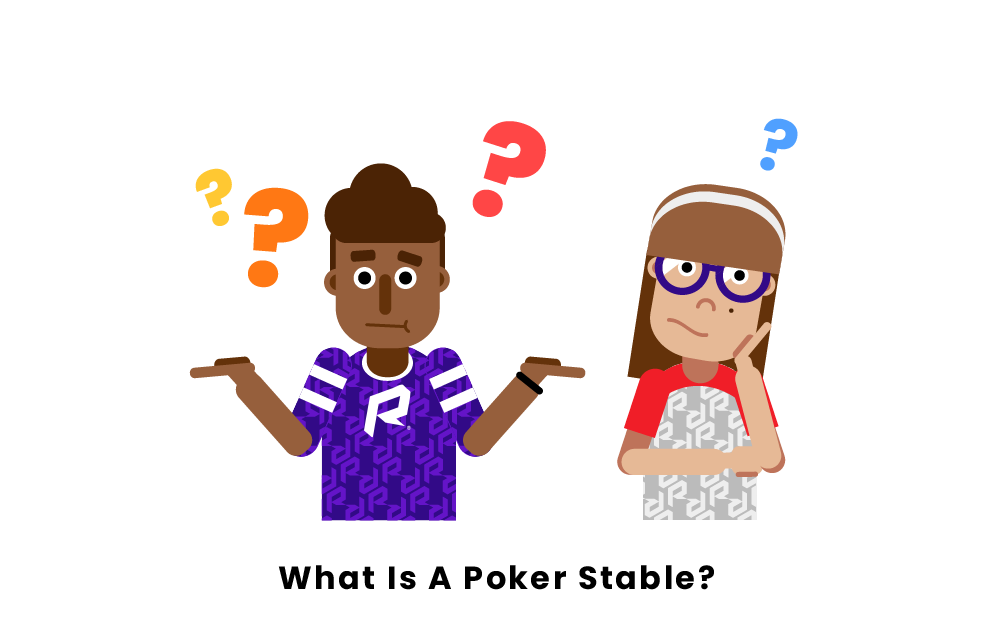 A poker stable refers to a group of players that are backed by a single person or organization. The backer puts up cash (or “stake”) for a player, and that player is then called a “horse.”

When a backer puts a player into their stable, the player enters into a contract with the backer. In most contracts, the backer has the rights to half of the profits that the poker player earns, and in return pays for the bank roll of the player, without compensation. The backer only makes money when the player wins.

This means that the player doesn’t risk any of their own money and only has to pay the backer if they win. Because of the backer’s economic support of the player, the backer assumes all immediate risks.

“Makeup” is the main way in which backers get back their money, and turn a profit from sponsoring players. A “makeup”  clause is a part of stable contracts that obligates the player to pay back any losses once they win. A good way to think of “makeup” is as a debt.

Let’s say that a player enters into a contract that gives half of the player’s winnings to the backer, and the contract has a makeup clause. The backer is paying for the player’s entry into tournaments, but the player only gets to keep half of what they win. The player is now a “horse” in the backer’s “stable”.

If the horse is given $100 for a tournament and they lose it all, they now have a $100 makeup. If that player later wins $500, then they pay half of the earnings to the backer as per their contract, and they also pay an additional $100 to “makeup” for the $100 they lost in that first tournament.

The only way to get out of paying a makeup is if a backer terminates your contract, if you pay the makeup out of your own pocket, or if you quit poker permanently. If you quit poker and later return to the game, you’re still obligated to pay makeup as soon as you can.

Pages Related to What Is A Poker Stable?