What Are The Rules Of Poker? 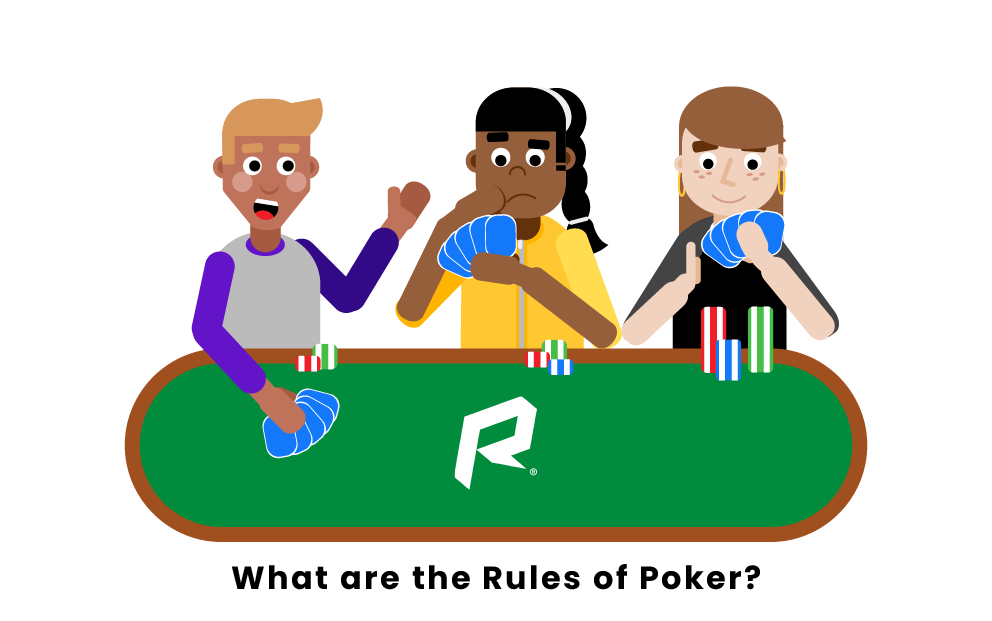 Poker is a gambling sport that involves betting amongst players over their card hands. There are many popular variants of poker, but the basic rules of poker are shared throughout each different game. The most popular poker style is Texas Hold’em, which is most commonly played online, in casinos, and in regular home matches. By learning the basic rules of poker, one is able to play Texas Hold’em effectively and know the key rules in other variants.

Texas Hold’em is a very popular style of poker. Typically anywhere from 2-10 players are able to play in a game. The goal is to match your hole cards, which are the cards you're dealt, with the community cards in order to make the best five-card combination. Throughout this process, bets are made across the players around the table. Players also have the option to fold if their cards are not able to create a good combination. Once all five community cards have been laid out, and the betting has left the final players in the game, the showdown occurs. During this, the final players left in the game show off their cards and the player with the better combination wins the chips betted for the round.

In the game, there is a dealer that is in charge of laying out the community cards and giving each player their hands. The first two players next to the dealer receive the chips of big and little blind. These blinds ensure that betting takes place with forced wages. The small blind is a wage of half of the wage of the big blind.

The three most common terms when it comes to playing around the table are call, raise, and fold. When a player calls, they match the amount of the big blind. If a player believes their cards are worthy of a higher bet or choses to bluff the game, they raise the stake by adding a higher wage. Players are also able to fold their cards if they don’t think their hand is good enough to show off.

There are five community cards that come out in total for players to have four different opportunities to call, raise, or fold. First in the pre-flop, where players are dealt two cards and must choose their action before seeing the community cards. Next comes the flop, where the first three community cards laid out and everyone takes their turn calling, raising, or folding. Next is the turn which is the addition of the fourth community card. Lastly comes the river which adds the last community card and leads up to the showdown. The player with the better cards wins the showdown and earns the pot.

There are strong hands in poker that stand out and allow for players to win the pool when it gets to the showoff time. The best hands are royal flush, straight flush, four of a kind, full house, flush, straight, three of a kind, two pair, one pair, and a high card. Players combine the cards in their hand with the community cards to make these combinations that can have them win the round.

These combinations go in order of superiority and any player who makes any of these combinations can bet and raise, to make it to the show off, to compete their cards against other opponents’ combinations to win the round. The rounds go on until every player is eliminated from lack of chips and a final winner earns the amount gambled throughout the game.

How do you win poker?

A player wins a Poker game by making it through each of the betting rounds. The first betting round begins with the player to the left of the big blind. They have the option of calling - matching the bet of the big blind, raising the bet, or folding. This then goes around the table, until all players have acted. This occurs three more times, leading to five total community cards laid out. The final players in the game make it to the showdown, and the winner is the player with the best combination.

Where do you play poker?

Poker is commonly played in private home games, online gaming websites, and in private Poker rooms of casinos. Poker can be played for little money privately or professionally in casinos ranging bets of over thousands of dollars. Online poker games can be free or have real stakes. Professional poker games can even be watched online on different streaming websites. The minimum gambling age to play Poker competitively ranges across different states from 18-21.

How do you bluff in poker?

A bluff in poker is when a player decides to bet or raise to try to get other players to fold. Bluffing is done at a good opportunity, where a player knows that his hand may not be the best in the pool, but can fake it to their opponents. By raising the bet, other players can be fooled into thinking that their hand is not as good as the raisers, and fold from the game. This tactic can help a player reach the end of the game and even win if all good hands fold prior to show-off.

Pages Related to What Are The Rules Of Poker?