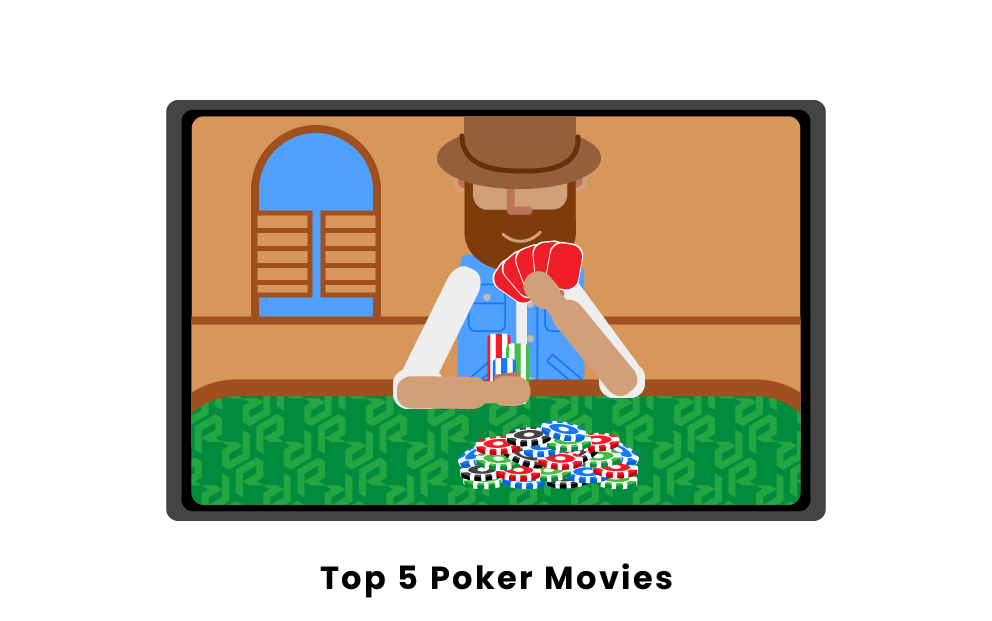 What are the most popular poker movies?

Rounders comes in at number one of all the poker movies. Rounders, a 1998 film, is a story about a young man who has stopped gambling and put his life on a more reserved track. However, when his old gambling friend gets out of jail and needs help paying loan sharks, he goes back into his old ways. He quickly finds that balancing high stakes poker with his relationship and law school is not very easy.

This film is a fan favorite. It explores the interesting world of underground poker and the challenging relationships associated with it. It also has a great cast with Matt Damon, Edward Norton, John Malkovich, and Gretchen Mol.

Ultimately, Rounders let's viewers into an honest interpretation of the underground poker scene. It also features poker legend, Johnny Chan in it and explains how these poker legends like Chan influenced young players.

The Cincinnati Kid is an older film from 1965 that has remained a favorite of poker players throughout the years. The story follows a young poker player, the Cincinnati "kid," as he tries to be taken more seriously in the poker scene. He decides that the only way to prove himself is by beating the best poker player. The movie asks the classic question of "Can the kid become a man?"

One of the reasons the movie is remembered so fondly is because of the great cast. Steve McQueen plays the main character and Ann-Margret plays his love interest. There is also a strong supporting cast, director, and screenwriter that help to make this movie so iconic.

The Cincinnati Kid will most likely continue to be a top poker movie due to its classic Hollywood portrayal of a cool underdog poker player trying to succeed.

The Grand is one of the more unique movies on the list. The 2007 film was mostly improvised by the actors and filmed in a mockumentary style. What makes it so beloved by poker fans is the comedic interpretation of the typical poker player stereotypes.

The movie follows a real tournament from beginning to end and gives viewers a good idea of the environment of a poker tournament. The humorous cast keeps it entertaining and lighthearted. The cast includes Woody Harrelson, Ray Romano, David Cross, Cheryl Hines, and Chris Parnell. The actors all had loose direction on their characters and ran with it throughout filming. Their improvisation leads to some hilarious lines as well as some lines that unfortunately don't hit.

Although The Grand isn't for everyone, it is a unique filming experiment that deserves recognition. Most of the actors like to play poker in their own time and actually played poker throughout the film.

Maverick is another funny poker movie, but it's a little more traditional of a comedy. The film from 1994 is a western comedy that tells the story of Bret Maverick as he tries to raise money in order to compete in a winner take all tournament. In the journey, he connects and joins forces with a scheming woman who is also trying to enter the tournament.

Like the other films listed above, Maverick also has a great cast to make the movie even better. Mel Gibson and Jodie Foster play the main characters and James Gardner, the main character on the TV show the movie is based on, appears as a supporting character.

Maverick had one of the most successful releases of all poker movies. It's witty and smart dialect are part of the reason it was a hit at the box office and amongst poker fans.

Molly's Game is the most recent movie to be on this list, as it was only released in 2017. Adapted from a book, this movie focuses on the life of Molly Bloom. Bloom was an Olympic hopeful skier who got injured and had to stop skiing. After this, she redirected her attention to running an exclusive high stakes poker game. The FBI eventually goes after Bloom and tries to get her to reveal information about the celebrities who played in her games.

Just as the other films have had star studded casts, Molly's Game is no exception with Jessica Chastain, Idris Elba, and Kevin Costner delivering great performances.

In addition to having a great cast, the film is based on a really interesting story. This makes it a good film to watch for not just poker lovers but also anyone who enjoys a great story.