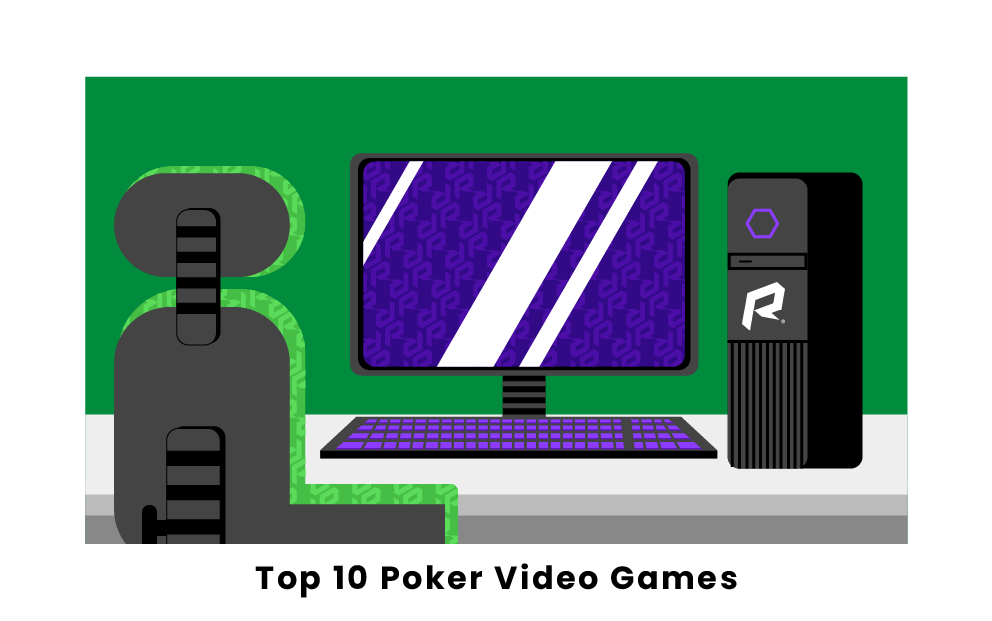 What are the most popular Poker video games?

Zynga Poker was launched in 2007, originally as a game played on Facebook. Zynga Poker was available to users around the world on Android, iPhone, Windows Phone, and Microsoft Windows. This includes its presence on popular social media platforms like Facebook, MySpace, and Google+. Zynga Poker transformed the way poker video games were played before by adding a social aspect to the game. It is currently among the most successful poker video games now with gamers competing for a spot on the weekly leaderboard. Zynga Poker was created by Zynga, a gaming platform that aims to bring together online games in a social, interactive way.

Released in 2013, Poker Night 2 is one of the most recent poker video games on the list. The video game is available to play on Microsoft Windows and MacOS. While the game was originally popular on Xbox and Playstation, it now primarily is played on Steam. Steam is a popular gaming platform that allows you to download Poker Night 2 and play on PC. The game includes characters to play with that draw in poker fans from all over the world.

Poker Games: World Poker Club is a poker video game available for all mobile devices through Android and iOS. Being a mobile application, Poker Games: World Poker Cup makes the list as one of the best poker video games for its ease and accessibility to all. The game has Texas Hold'em poker and Omaha poker available to play. It allows users to play with random opponents from all over the world or team up with friends to play multiplayer poker tournaments on the application. Many gaming consoles are not commonly used to play poker video games, allowing this mobile video game to rise with popularity.

Appeak Poker is one of the best-reviewed poker video games available now. Appeak Poker is available for only Android users to download as a mobile phone application. The application is well known worldwide for its simplicity and ease in playing real opponents from across the world. While it is only available on Android, it is still vastly played and loved for its quick game features. Appeak Poker has easy to join Texas Hold'em poker games and is played at a fast pace.

888 Poker makes the list as one of the top poker video games for its real money gambling. The video game allows for real time games to be played with real money bets. Available as a mobile application, the game is commonly played worldwide and only allowed to play in states within the United States that have legalized online poker gambling. The video game is also available online through their website which allows for more access and ease when betting real money. It released in 2002 and since then has been the top international poker gambling platform.

How Long Is A Poker Tournament?The Top 10 Rules Of PokerBet Poker
Top 6 Best Womens Poker Players Of All TimeWhat Is A Royal Flush In A Poker Game?How Do You Win When Playing Poker?
What Is A Straight In A Poker Game?What Is A Ring Game In Poker?Flush Poker