How Long Is A Poker Game? 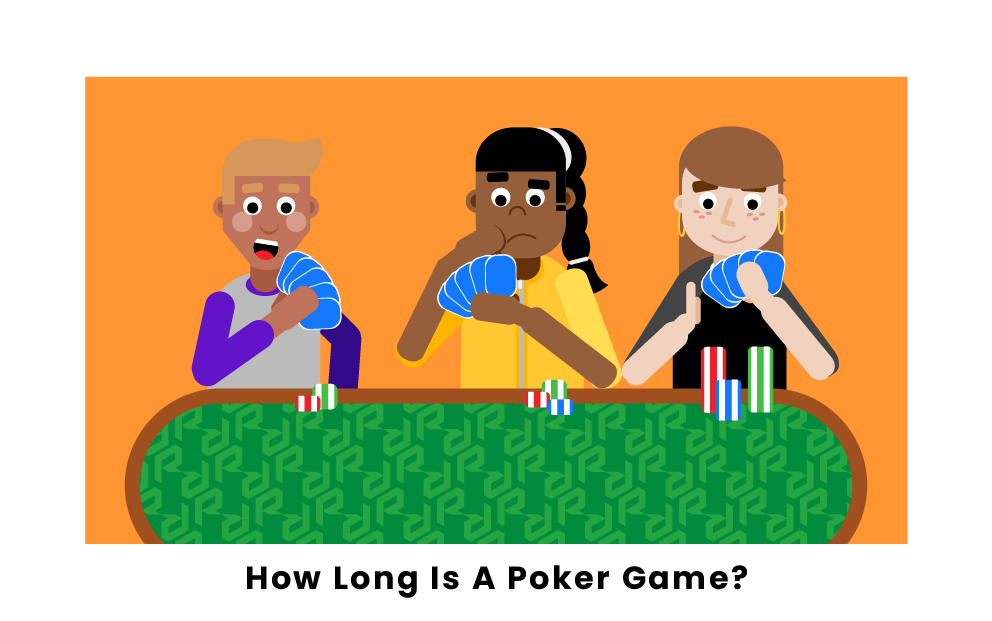 The game of poker is unique to many other table games and sports because of the amount of time it takes. Before diving into the different types of poker games and formats, it is important to know that there is usually no set amount of time for a game to go on, and in many cases, it can last hours. There are also different styles of play; players take various amounts of time to make decisions and will spend many seconds or minutes on their turn trying to either “bluff” (fool) their opponents or figure out if someone else is trying to bluff them. This causes many changes in length from game to game. 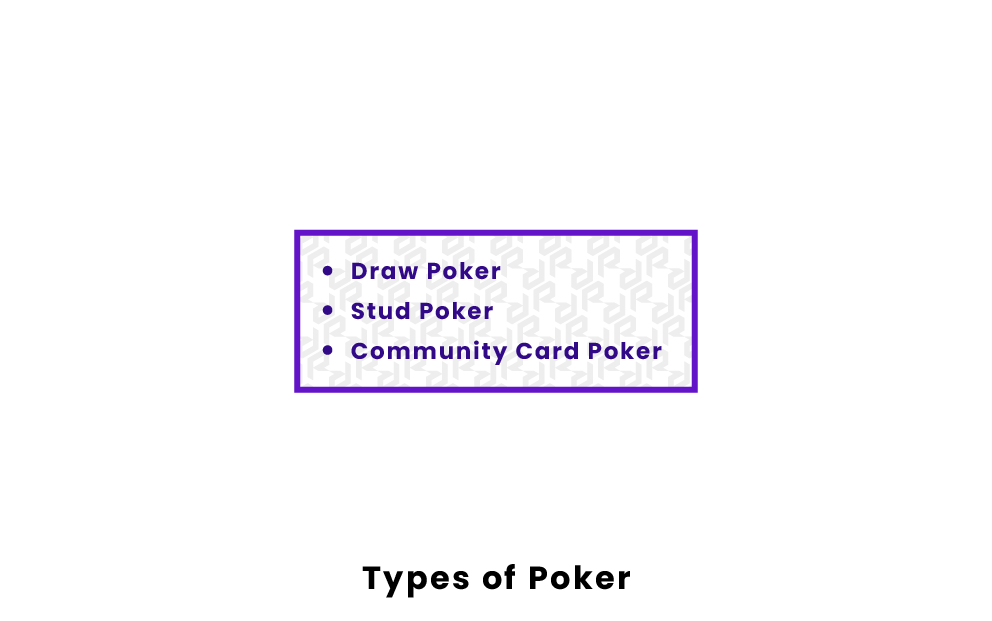 To begin with, there are different types of poker games. They are broken up into three separate groups:

Included within draw poker are games such as Five Card Draw and Badugi. In stud poker, there is Seven Card Stud and Razz. Finally, in community card poker is the most popular type of poker, Texas Hold’em, along with Omaha. Each of the games takes different amounts of time, both per hand and in total, involving different types of strategies amongst the players at the table. In most cases, they are completely unique from the other types of poker.

Texas Hold’em is the most popular type of poker played throughout the world. True to form, the length of each match differs based on the style of the game, the blinds, and starting chip stack, amongst other factors. While some games will last an hour, major tournaments usually last almost a week.

In poker, there are many different styles of play that usually will directly determine the length of a particular game. In most professional poker games, the game(s) are set in a tournament style of play. For example, The World Series of Poker3, which is an event held each year, usually in Las Vegas, Nevada, is a huge tournament requiring each player to submit an entry fee of $10,000. Most tournaments have much lower entries, but as in any tournament style, it is winner-take-all. In rare situations, second and third place can take home a small amount of prize money. Therefore, the players will play as long as it takes until someone has all of the chips on the table.

In order to increase the pace of the game, the dealer can increase the “blinds”, or pre-card bets that are required of two of the bettors at the table on each hand. The blinds can be increased either as people get eliminated or on a set timer, and it forces players to bet more and more, thus speeding up the process of someone winning all the available chips.

In addition to the tournament style of play, there are also cash games.3 A cash game refers to a poker match where any of the players can join or leave the table at any time, as they please. It is not necessary to have only one player end up with all the chips in these types of games. Therefore, the length of cash games is entirely up to the individual players, as they can buy in and cash out as they see fit.

Length of a Poker Game

Poker is a game that many have argued is based on luck, while others have vehemently believed it is skill-based. It is a game that, while having many written rules, is dependent on a few key details that dictate how each particular match will flow. The structure of the game, along with the type of play, completely decide how long the match will take.

In many tournaments, the game(s) take hours, days, or even weeks. In leagues, there will be one night a week dedicated to games. In friendly games amongst friends with no option to buy back in once your initial stack is gone, they can end within an hour of beginning. While there is not a set time for a poker match, if you were to get together with friends for a game one night in typical tournament style, you can expect to play for a couple of hours.

It is important to note the rules and regulations of the game you are playing in order to get a grasp on how much time you will have to commit in order to see it out. Without checking, it is easy to get blindsided by how short or long the game takes and will also result in a likely losing effort as much of the strategy in poker comes from knowing/sensing when the game will end.

Pages Related to How Long Is A Poker Game?