How Long Is A Poker Tournament? 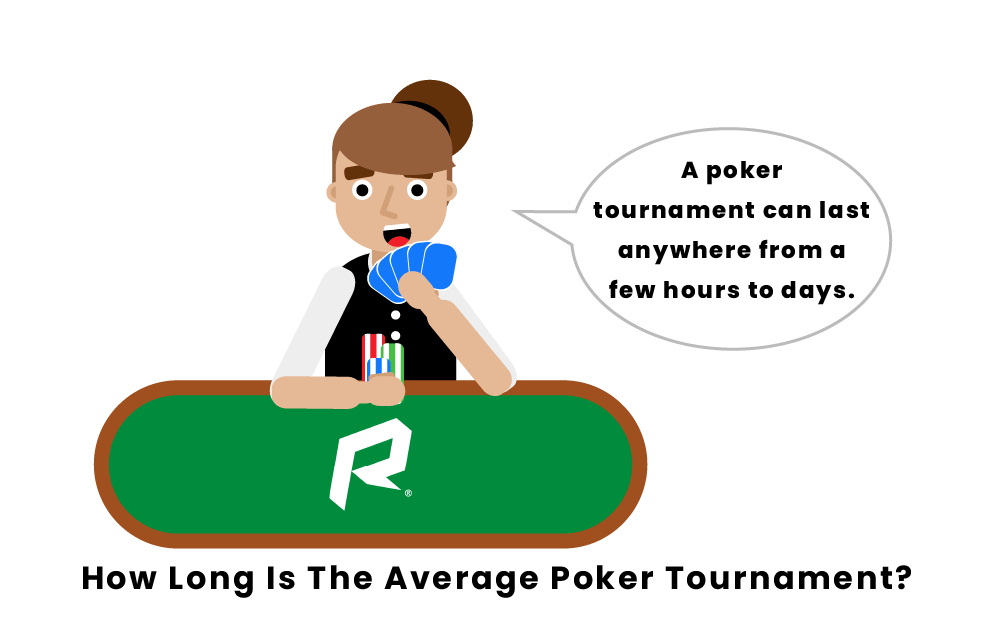 Poker is a sport, unlike many others, that has no time limit, in the rules at least. Theoretically a poker tournament can be done in minutes and it can also be an infinite game, with buy-in after buy-in spurring more and more betting. However, an average poker tournament has rules to prevent tournaments from running too long and, more often than not, will have limits on the length of a poker tournament. In the World Series of Poker, the most famous hosts of poker tournaments in the world, there still is variety in the lengths of those tournaments.

The World Series of Poker Main Event, the most famous poker tournament in the world hosted on ESPN and seen across the world is a three day tournament. In 2020 that tournament will be July first, second, and third. However, other tournaments hosted by the World Series of Poker are shorter, depending on the players. The week before the main event, the World Series hosts a “mini main event,” lasting just through the day of June 29th in 2020. Something like that is likely to last most of the day, however, with some breaks in between different games as people move tables and for lunch and other such things.

The longest game hosted by the WSOP is “Big Fifty,” a four day event at the end of May with a low buy in of $500, hence allowing there to be more players and therefore more playing time. Other events, not hosted by the WSOP can vary more in time, small tournaments at casinos tend to last around five to seven hours but that can vary greatly depending on the casino and the tournament.

Pages Related to How Long Is A Poker Tournament?