How Is 5 Card Poker Played? 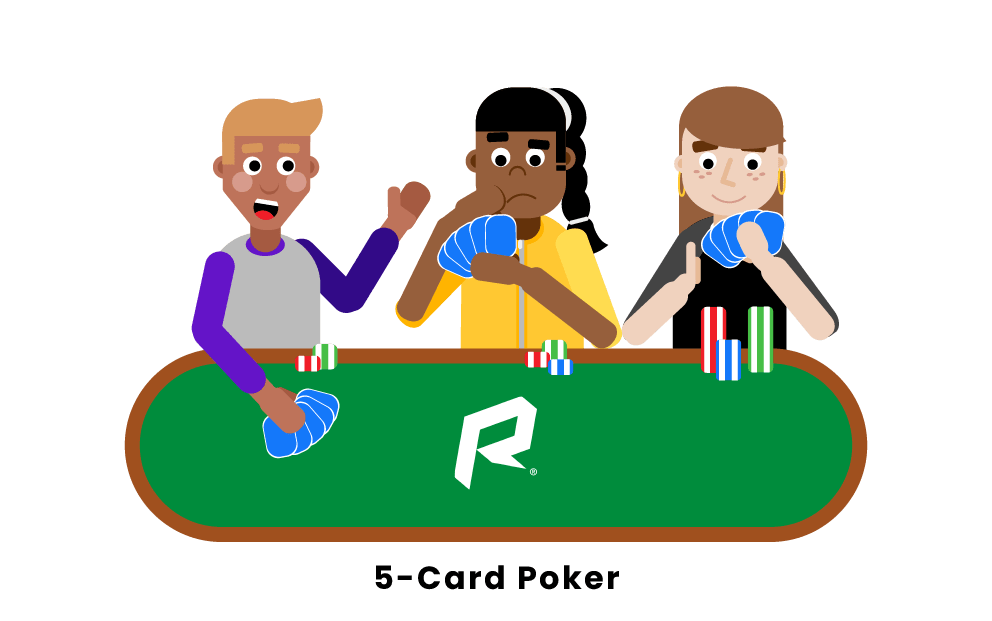 Five-Card Poker, also called 5-Card Draw, is the classic version of poker you think of when you think of the movies: players holding five cards close to the chest, string-betting and sneering at big bluffs. But while hold'em and stud have emerged as more popular versions in modern play, this cowboy game of choice is still played at professional levels and home games all over.

In the simplest variations, players are all dealt five cards to begin with. In between rounds of betting, players can exchange cards in their hands for cards from the deck; these are called draws, during which players can hopefully improve their hands, or at least work up the courage to bluff. Players can also "stay," and pass on drawing. This can mean they've made their hands, or that they are committed to a big bluff. At the end, the player with the best five-card hand wins (unless everyone else folded, of course).

The most common variation is Double Draw, in which there are two rounds of drawing. Draw is also a popular way of playing Lowball, where hand orders are reversed: the lowest hand wins. Deuce-to-Seven Lowball is Five-Card Draw played according to these rules.

Five-Card Draw might seem primitive or melodramatic compared to hold'em, and maybe it's a little more of a gamble than stud. The defining factor is that no one can see anyone else's cards (unlike hold'em or stud games, where cards are dealt face up). This means Draw is strictly a game about reading your opponent. So pay attention, and when it comes time to go all in, go ahead and use a cowboy accent if you'd like.

Pages Related to How Is 5 Card Poker Played?