How Does Scoring Work In Poker? 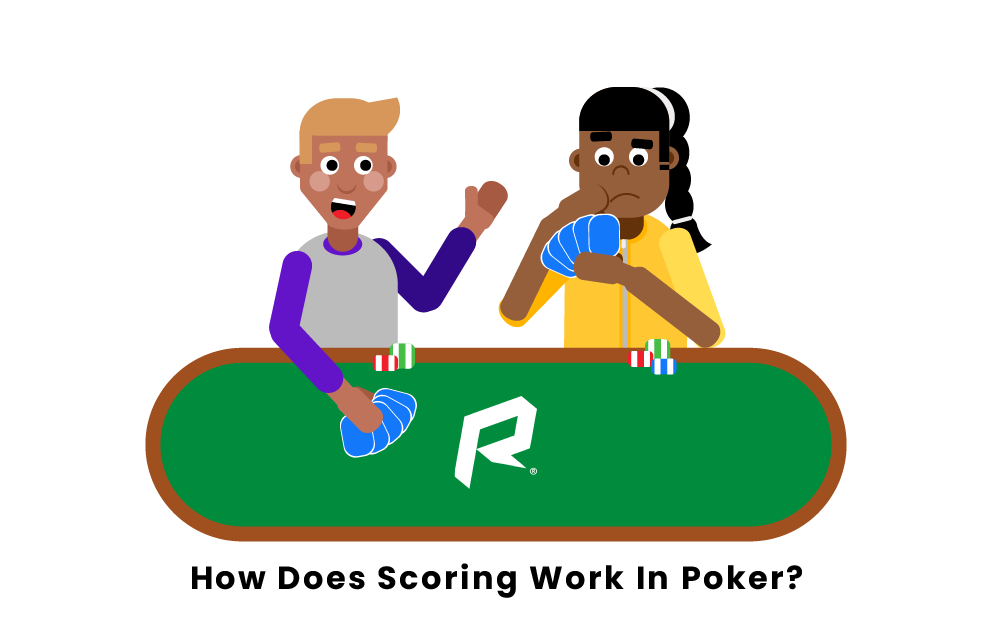 The scoring in poker is based on a specific ranking of certain hand possibilities and determining which player’s hand holds the highest rank.

A player’s hand is the five or seven cards held by a player at any given time during the game. There are general rules in the scoring of poker that coincide with the specific hand rankings.

The first rule is that face cards (Jack, Queen, and King) are ranked higher than number cards (2-10). A player with an Ace card can choose for the card to be in a set with the lowest card value (2) or the highest card value (King). If multiple players have the same hand rank, the player with the larger card value wins. The player who has the best hand ranking wins the round and receives all of the chips, or money, in the pot.

What Are the Values of Cards in Poker?

The different types of cards in poker follow a specific order from most to least valuable. This order, from the highest to lowest value card, is as follows:

What Are The Hand Rankings In Poker?

The hand rankings, from the lowest rank to the highest rank, is as follows:

What happens if two players each have a two pair in poker?

What happens if two players both have the same high card?

What is the best hand in poker?

The best hand in poker is a royal flush. A royal flush is a straight flush with a 10, Jack, Queen, King, and Ace. The term “royal” in the royal flush is in reference to the face cards (royalty) featured on most of the cards required for this hand.

Pages Related to How Does Scoring Work In Poker?