A full house (also called a boat or a full boat) is a five-card poker hand comprising trips and a pair, that is, three of one card and two of another. When a player announces their full house, they would say they have the set "full of" the pair, for example, a player holds three Threes and two Sevens, that hand is called "Threes full of Sevens." Full houses are considered a very strong hand, since they beat flushes and straights and everything below, and are only beaten by very rare quads or straight flushes. But in many cases, a full house can be difficult to play because another player might have another, stronger full house of their own. 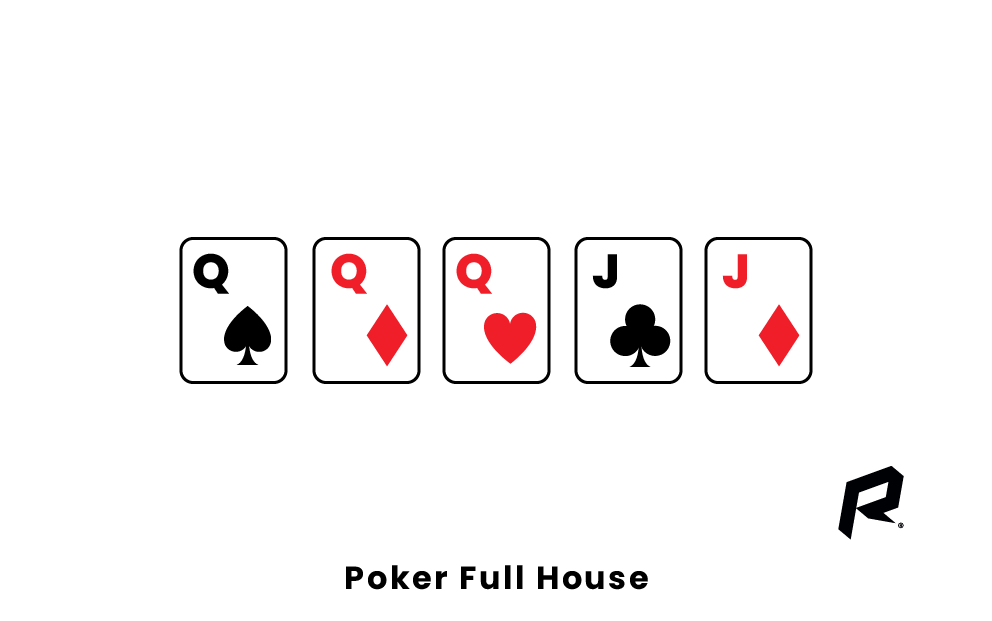 How to Get a Full House

Very few poker hands deal all five cards at once, so most full houses start as a pair or three of a kind that "fills up" in later rounds of betting.

How Strong is a Full House

A full house is considered a strong hand, but can be a terribly tricky one to play.

For starters, many players with flush or straight draws will fold if they see the board pair, because they know their opponent might have them beat. This means a player with a full house might not see their hand play out.

For another, when the board does pair, there is a chance the other players also have a full house, perhaps even a stronger one. So a player with Nines full of Aces might get "coolered" by Aces full of Nines.

If two players have a full house, the player with the higher set of three takes the pot. So, Tens full of Four beats Sixes full of Jacks because three Tens is better than three Sixes.

If both players have the same set of three, the player with the stronger pair takes the pot, so Tens full of Sixes beats Tens full of Twos.

If both players have the same full house, they split the pot.