Four Of A Kind Poker

Four of a kind, also known as quads, is a five-card poker hand in which four of the cards are of the same rank. For example, a player holds every Queen in the deck, or a player has three tens and a wild card. In almost all versions of poker, quads are considered a very strong--almost unbeatable--hand, but that doesn't mean they're easy to play or guaranteed to win. 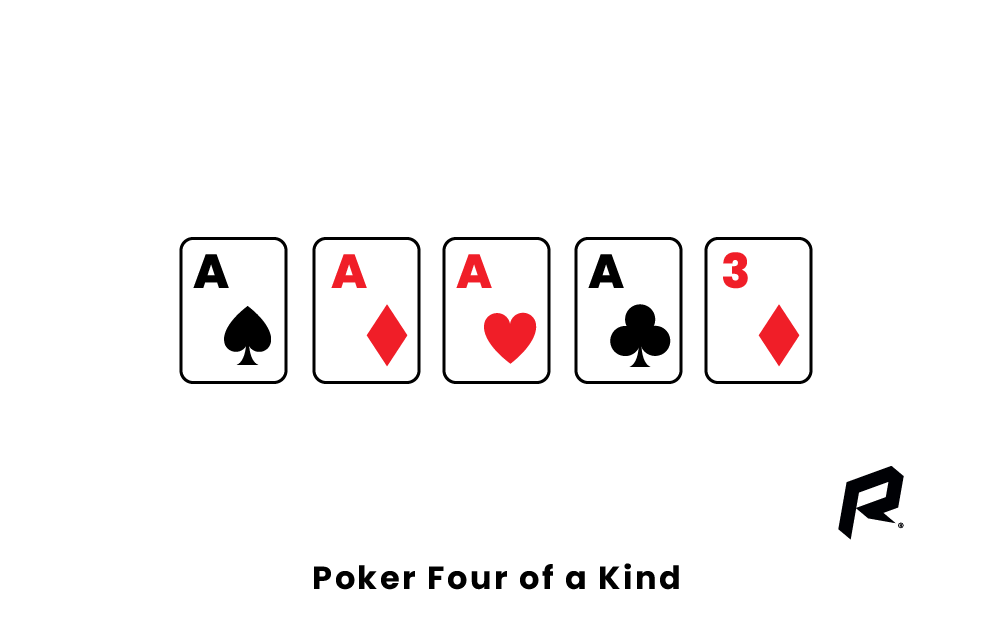 How to Get Four of a Kind

Very few poker games start off by giving a player four cards, so most times a player gets four of a kind by starting with one or two of cards that make up quads and having the third and fourth card dealt later on.

Four of a kind is also common in wild card games, since wilds can often be used to turn a set into quads.

How Strong is Four of a Kind

Only one hand--a straight flush--beats quads, so players can usually feel very confident when they have quads that they have the best hand. This is especially true in Hold'Em games, where quads might be the nut hand: the best possible hand a player could make. And because quads are rare, a player holding them can often make a lot of money from players with a full house, since quads are unlikely and hard to anticipate.

Then again, when quads are the nut hand, and no one else is betting, this means the player with four of a kind might have everyone dominated--so that even a tiny bet will scare everyone out of the pot. So quads can feel like a wasted opportunity!

Also note that because quads are more common in games with wilds, four of a kind might not be as strong as you think--another player might have even stronger quads or even five of a kind thanks to a wild.

Ranking Four of a Kind

If two players both have four of a kind--rare, but not impossible!--then the player with the higher quads wins. So, four Nines beats four Sixes.

If both players have the same quads--say the board shows four Jacks--then the player with the highest kicker wins. So someone with four Jacks and an Ace beats someone holding four Jacks and a Ten.

If both players have the exact same five-card hand, they split the pot.

A Note About Omaha

Pages Related to Four Of A Kind Poker