What Are The Rules Of Pickleball? 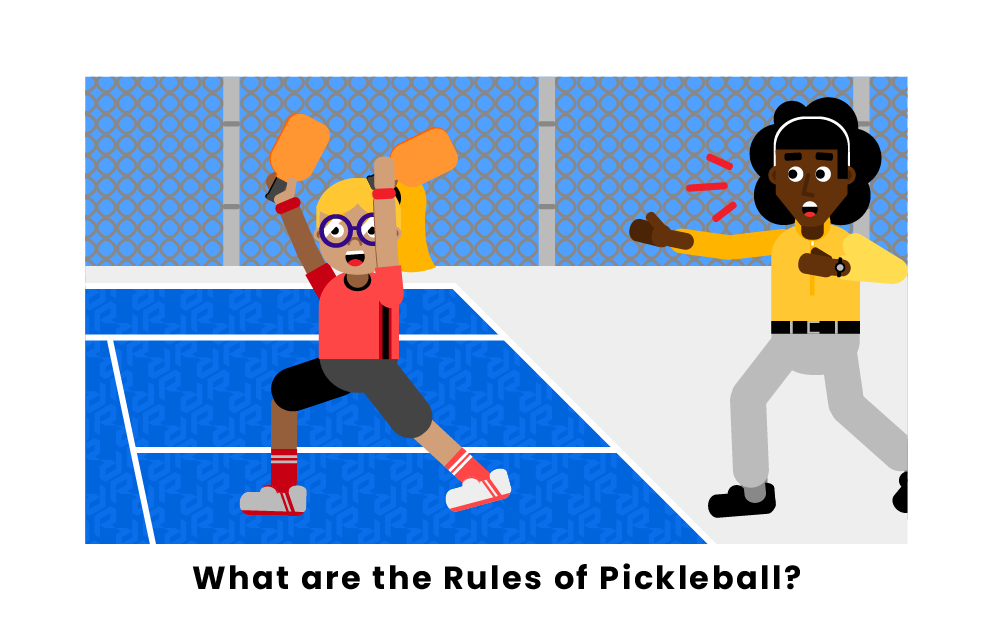 Pickleball is a popular court sport that was invented in the United States in 1965. This game involves using a wooden paddle to hit a pickleball ball, which is similar to a wiffle ball, over a net that equally divides the court into two halves in order to score points. This game is fairly similar to badminton and tennis. The objective of the match is to win the game by scoring more points than the opposing player or team, depending on whether the match is for singles or doubles.

There are many basic rules in pickleball that are enforced. Serving is the first key area of play with several rules. When a player serves, the serve has to go over the net and land in bounds on the opposing side of the court. The serve is also supposed to go to the diagonal zone rather than the zone straight ahead. The server must hit the ball in an underhand motion with the paddle below their waist and both feet behind the baseline. If the serve hits the net, this is called a let and the player will serve as many times as it takes for the ball to go over the net.

The receiving side has to let the ball bounce once before returning the ball over the net, and then the serving side must do the same once more. If the style of play is doubles, only the person being served to in the diagonal opposite zone can return the ball. The team will be penalized if the other player touches the ball before they do.

The 7-foot line near the net on both halves of the courts indicates the non-volley zone. Players cannot play the ball in this zone. If they hit the ball in this zone, or if part of their body is on or over the line while contacting the ball, the other team will receive the ball and the point.

Points are only scored by the team that served and are earned when the opposing side hits the ball out of bounds or can’t return the ball. The serving side also receives a point when the opponents play the ball in the non-volley zone. 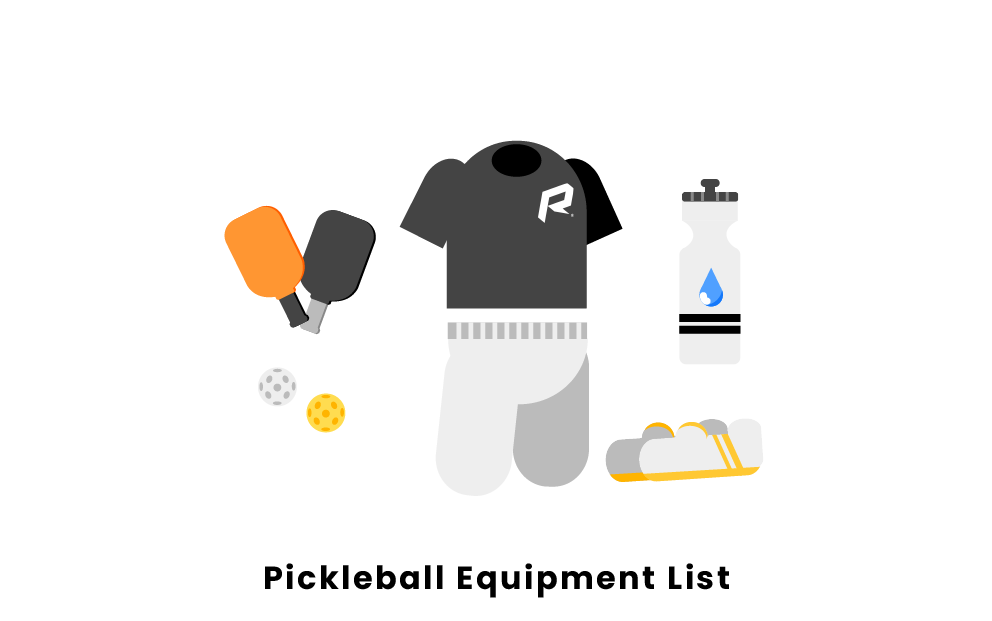 Pickleball is played on a 20ft x 44ft hard surface court. In pickleball, there is no difference between the courts used to play both singles and doubles pickleball games. The net height is about 36in on both far sides of the net and 34in in the middle of the net. Pickleball courts are similar to those of tennis and badminton courts. They are divided down the middle into left and right serving zones with another line at the 7-foot mark towards the net that is meant to be a non-volleyball zone.

Pickleball can be played in singles form (one-on-one) or doubles form (two-on-two). The game is played using paddles made from wood or other high-tech forms of wood. The ball that is used is made from plastic and is similar to but slightly smaller than a wiffle ball. There is no pickleball that is played at a professional level, or even a highly competitive level. Therefore, there are no strict rules about what players can and cannot wear to play.

In pickleball, the scoring method only allows the side that is serving to get points at the end of the rally. This means that if the non-serving side wins the rally, they will not be granted a point. Points are scored in several different ways. A player or team can earn points when the opposing side does not return the ball over the net. This can be due to them hitting the ball into the net or out of bounds, or not being able to return a well hit ball. Players can also score points when their opponent volleys the ball in the non-volleyball zone near the net.

Pickleball is played until one side reaches the total point value of 11. This number can be higher if the teams agree upon it beforehand. The winners must have a 2 point margin of victory.

There are several situations in which a player or team can receive a fault for violating rules. One of the most basic faults that can occur is if the receiving team touches the ball before it hits the court for the first time. Players must allow the ball to bounce first, which is called the double-bounce rule. The serving team will automatically receive a penalty as a result. There is also a fault if the ball touches any objects before touching the court. This refers to items like a ceiling or light fixture.

Another big fault that occurs is when a player volleys the ball in the non-volley zone. This rule is enforced heavily and states that if any part of the player is in the non-volley zone while hitting the ball, they will be penalized. This includes a shirt, arm, feet, or anything else that might accidentally travel on or over the line during play.

If the wrong team member returns a serve from the opposing team, they will receive a fault. Players are only allowed to return a serve that is from the diagonal opposing zone, and they cannot contact a serve that is not meant for them even if it comes to their zone. In this case, the serving team would be at fault for serving to the wrong zone.

How does serving work in pickleball?

Serves in pickleball must be completed from one zone to the diagonal zone on the opponent’s side of the net. The player must serve in an underhand fashion with the wooden paddle and contact the ball behind the baseline. The serve must get over the net and land beyond the 7-foot non-volley zone to count. Only the person in the diagonal zone can receive the ball. When playing doubles, the other player not in the serving zone cannot touch the ball before their teammate does or they will receive a penalty.

What is the double-bounce rule in pickleball?

What is the non-volley zone in pickleball?

Pages Related to What Are The Rules Of Pickleball?