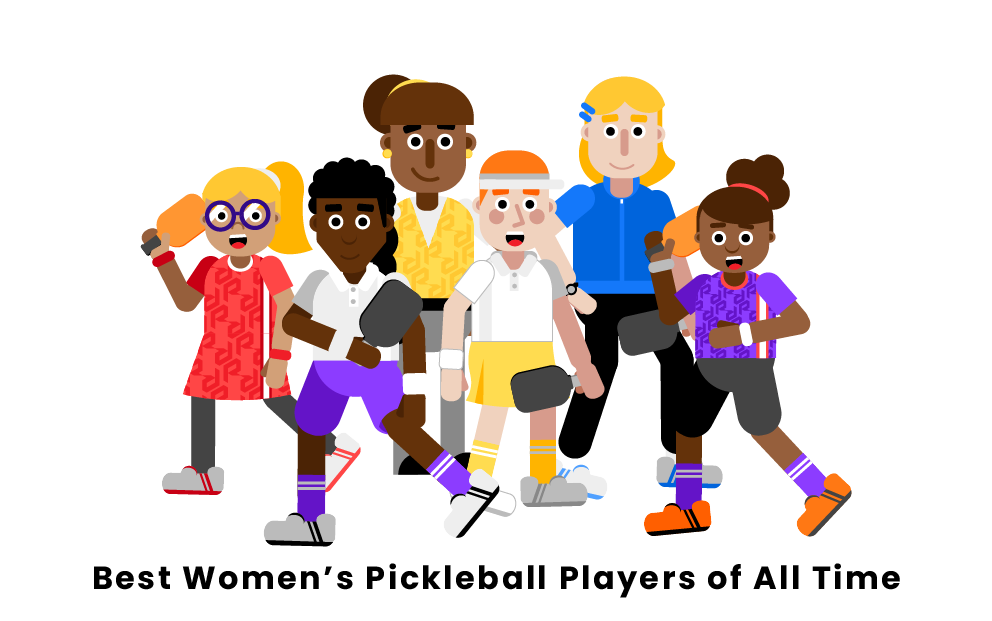 Who Are the Best Women’s Pickleball Players of All Time?

Lea Jansen is a famous American pickleball player who began competing professionally in 2021 and has already won two Professional Pickleball Association titles. Jansen is known for her fiery attitude on the court, and quickly garnered attention for her skill when she started playing professionally. Her athletic career began when she started playing tennis at eight years old and competed in Division I tennis in college. She did not begin playing pickleball until 2019 when she was 25 years old. Since she began playing professionally, Jansen has medaled in all three events, which are: women’s singles, women’s doubles, and mixed doubles in pickleball in large tournaments.

Simone Jardim is a famous Brazilian pickleball player who has been playing professionally since 2015. Jardim is one of the most decorated pickleball players, and has over 90 medals from professional competitions. Her nickname, “Queen of Pickleball,” is well-deserved due to the amount of recognition she has garnered in the sport. She has also earned a grand total of 36 PPA titles. In fact, she currently holds the record for the female player with the most PPA titles. Jardim founded the Peak Performance Pickleball Academy and collaborates with Nike Sports to run clinics at their camps.

Irena Tereschrenko has been a highly skilled professional pickleball athlete since 2016. However, she has been actively participating and coaching in various racquet sports for over 20 years. She has won five championship titles at the US Open in Women’s Pro Singles and Doubles. She has also won a Pro Pickleball Association title and two USA Pickleball Association titles. Before entering her professional career, she played tennis at Texas Tech University. Pickleball professional Chris Miller flew her out to play at the Pickleball Tournament of Champions, and once Tereschenko won, she became immersed in the sport.

Catherine Parenteau is another young pickleball player that is already making a name for herself. She won gold at the 2018 USA Pickleball Association Nationals and has continued to win titles in pickleball ever since. In fact, she has been ranked in the top three for both Women’s Singles and Doubles in the world. Before she began playing pickleball, she also ranked as one of the top five tennis players in Canada and was on the Michigan State University tennis team. She currently partners with PaddleTek and hosts her own clinics to teach pickleball.

Lauren Stratman is a skilled pickleball player who transitioned from amateur to professional in 2019. Although she competed in tennis from a young age, she only started playing pickleball fairly recently in her life. She is highly regarded for her offensive skills in the transitional zone and utilizes both spin and power techniques. Throughout her career, Stratman has placed well in a variety of tournaments, including three gold medals in the Association of Pickleball Professionals tour and a silver medal in the Association of Pickleball Professionals Beer City tournament. When she is not competing, she works at Electrum Pickleball, a racquet and merchandise company.

Callie Smith is a professional Pickleball player and coach who also had her career start in tennis. In fact, Callie played tennis on the University of Utah’s Division I team and was ranked the #1 best tennis player in Utah in high school. Smith began playing pickleball professionally in 2020 and quickly became one of the top players in the sport. She has medaled in 22 out of the 25 tournaments she has competed in, and is also an instructor at her very own Pickleball Academy, Paddle Up. She is known for her drive to win on the court and her passion for the sport. As one of the top-ranked women’s pickleball players, she should continue to see success.

After being introduced to the sport by a friend in 2015, Michelle Esquivel has made a name for herself on the pickleball court, and is a rising star in the PPA. Currently, she is an IPTPA Certified Pickleball Instructor, no doubt due to her medals in both singles and doubles at various pickleball tournaments, among them the US Open and US Nationals. Esquivel’s medal count includes a gold at the 2018 USA Pickleball Association (USAPA) Margaritaville Nationals, as well as six gold medals in women’s doubles and two silver and two bronze medals in Women’s and Mixed Doubles. In 2021, Esquivel managed a 23-7 record, and her style puts a huge focus on strength and accuracy.

Lucy Kovalova is a force in the pickleball world, best known for her performances in mixed doubles alongside her partner Matt Wright. Originally, she is from Slovakia, however today she lives in the United States. Like many other pickleball players, she is a former college tennis player. Kovalova has accomplished a good deal in the pickleball scene, with over $100,000 in total winnings. This large sum is in large part due to her 19 total PPA titles. Most notably, she won the 2018 Women’s Triple Crown at the USA Pickleball National Championships.

Who is the best women’s pickleball player of all time?

Lea Jansen is the best women’s pickleball player of all time. Ever since she began competing in pickleball, she has ranked as the top player in the Pacific Northwest for every age group she has competed in. Although Jansen has only been competing professionally for about a year, she has already won two PPA titles and has been ranked number two in women’s singles worldwide. Jansen’s talent and skill in the sport would suggest that she has a successful pickleball career in front of her.

What women’s pickleball player has won the most PPA titles of all time?

Simone Jardim currently holds the record for most PPA titles won. Over the course of her career, Jardim has won a total of 36 PPA titles. She has also amassed over 70 gold medals from professional competitions, making her one of the most decorated pickleball players. Due to her incredible success, she is commonly referred to as the “Queen of Pickleball.”

What are the different skill levels in pickleball?