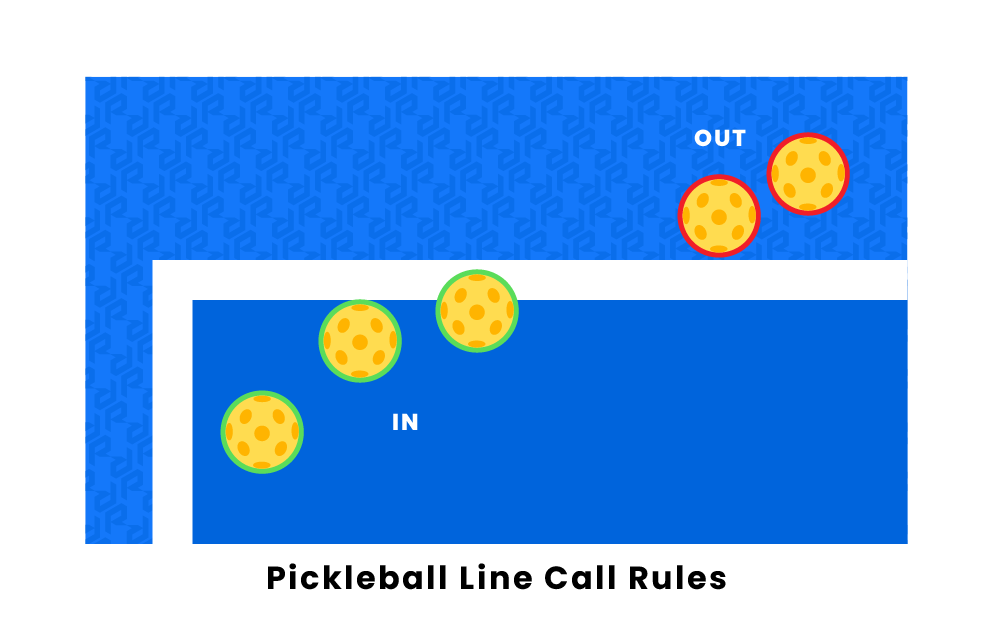 Line calling is an important aspect of racquet sports such as pickleball and tennis, but how does line calling work in pickleball, as opposed to other racquet sports? According to the Rules of Pickleball, there is a strict etiquette involved in making line calls, as these crucial decisions can alter the outcome of a game and can also be used unfairly. Here, we will examine the rules of line calling in pickleball, discussing how to judge where a ball has landed, when to make a line call, and how to do so correctly.

Rules of Line Calling in Pickleball

The rules for calling a ball out in pickleball (also known as line calling) are discussed in Rule 6 of the USA Pickleball Rulebook, which lays out the responsibilities and expectations for both players and officials regarding line calling, assigning both groups separate duties. According to Rule 6, pickleball players are responsible for calling the lines on their side of the pickleball court, except in cases involving short serves, a foot fault, or a Non-Volley Zone fault, which the referees determine. A pickleball player thus has the right to call a ball out when it lands outside the boundary lines on their side of the court. Players can ask for a second opinion on their call from the referee or their opponents. If the second opinion results in a clear verdict on whether the ball was in or out, that verdict will be accepted, but the player’s call will be accepted if there is no obvious answer.

In pickleball, Rule 6 states that an opponent must always receive the benefit of the doubt regarding line calls in order to prevent them from being used unfairly by any one team. Therefore, players are not allowed to question an opponent’s line call but rather to make an appeal to the referee before the next serve if they believe that the call was incorrect. In general, the rules of pickleball state that a ball can only be called out when there is a clearly visible space between the ball and the boundary line, and the line call that results from this must be made promptly. Additionally, if one team member calls the ball out and the other calls it in doubles play, it will be assumed that the ball was in.

When to Make a Line Call in Pickleball 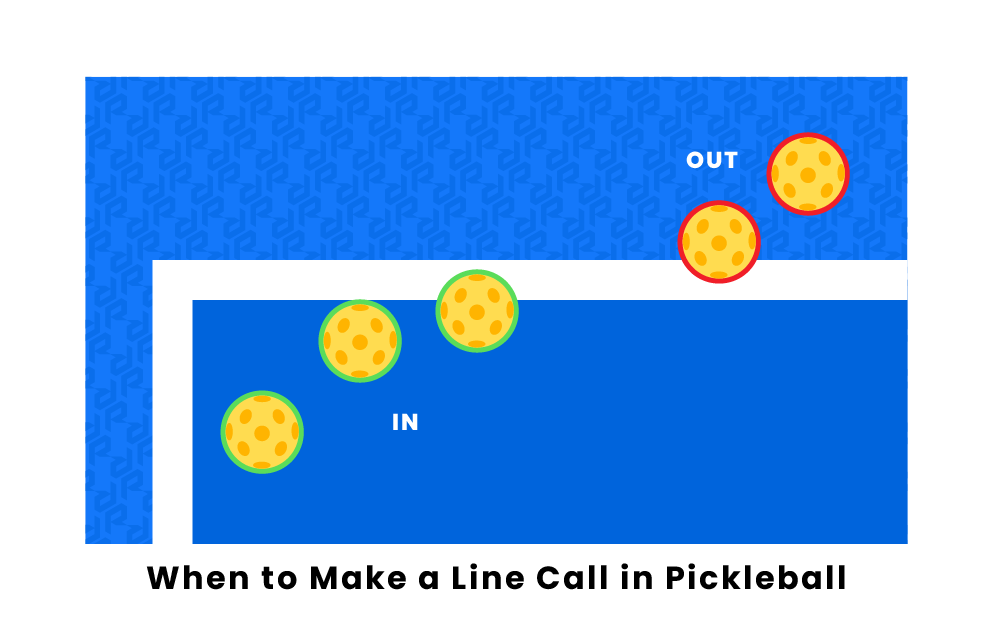 With these rules in mind, pickleball players may wonder when it is most appropriate to make a line call. Simply put, a line call can be made in various scenarios. On a serve, a ball can be called out if it lands in the Non-Volley Zone, on the Non-Volley Zone line, or outside the lines of the appropriate service court. During any other type of rallying shot, a ball can only be called out if it lands completely outside the lines of the pickleball court. Making accurate line calls is important for both players and line judges, as a correct call of “out” means that play stops, and the team who hit the ball out-of-bounds loses the rally.

How to Make a Line Call in Pickleball

In order to ethically make a line call in pickleball, players must be certain that they are doing so correctly in order to ensure that they do not give themselves an unfair advantage. For this reason, the pickleball rules stress that players should only make line calls with absolute certainty and should strive to be as accurate as possible. Players must also correctly signal a line call with both their voice and proper hand signals, and they must call a ball out promptly, meaning prior to the ball being hit by their opponent or going dead. Finally, players must always give their opponents the advantage on a line call, meaning that the opponent will be granted the rally if there is any level of doubt about the call.

Line calls are an important part of pickleball, and just as important is the accuracy and fairness of the players making them. Honing one’s ability to be an unbiased and accurate line caller will make pickleball a much more fun and friendly sport for all involved and will ensure that the game proceeds fairly for all players.