How Much Does A Pro Pickleball Player Make? 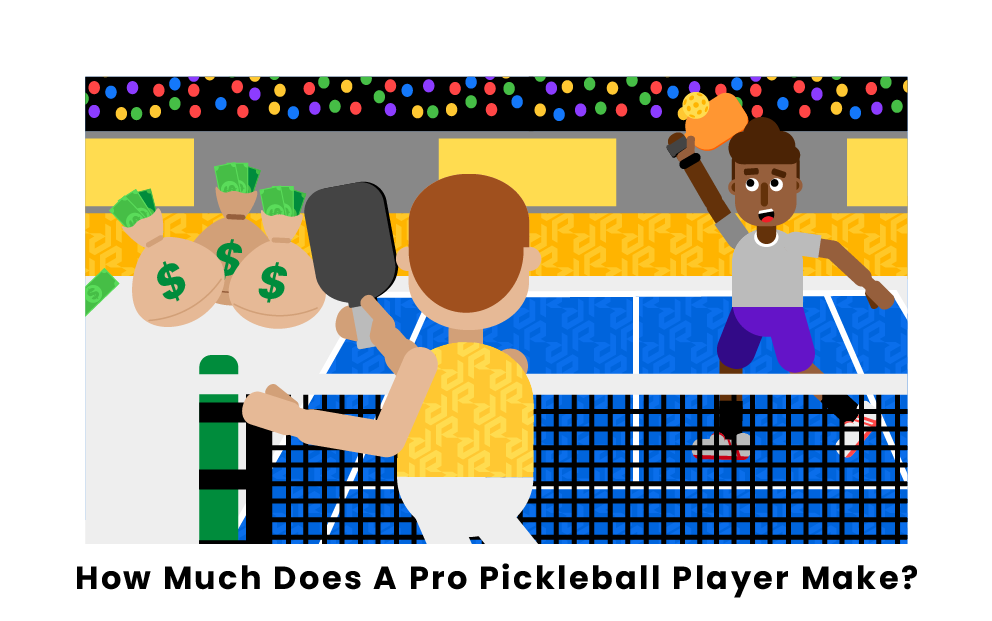 Even though pickleball is a relatively new sport, it is gaining enough participation to allow players to earn some income professionally, but how much money are they earning? The average yearly earnings of a U.S. Pickleball Pro is $50,201 a year, not including sponsorships. If you include sponsorships into the yearly earnings, players can earn up to $200,000 per year. However, this changes depending on where players play. The cities where players can earn the most while playing are mainly in California, including Santa Clara, San Francisco, Fremont, San Jose, Oakland, Sunnyvale, and Santa Maria. Their annual earnings exceed the average for the U.S., with the highest of the group earning a little over $60,000 and the lowest earning around $55,000.

There are 153 tournaments held in the U.S. Circuit. Each tournament’s prize money differs depending on which association is hosting the game, if it is a championship or not, or if it is for pro players or amateur players. For the games run by the Pro Pickleball Association (PPA), the prize money ranges from $30,000 to $150,000. For the Association of Pickleball Professionals, there is a total of $700,000 in earnings across their 16 tournaments held. However, some players don’t receive that much once they win. At the USA National Pickleball Championships, the men’s and women’s singles winners only received $2,500, even though the prize money pool was $80,000, as over 2,000 players participated in the tournament.

To get into pickleball, one must hire a coach of some kind to be able to get to know the game and become a pro. A pickleball class of 10 to 30 people will cost around $10 an hour when starting out. Once you start taking personal one-on-one lessons, the pricing varies depending on what level you are at and how much the coaches are charging. There are ways to learn pickleball without paying, such as watching videos online on pickleball tips, different strategies, and anything you would need to know as a pickleball player. Having a coach can alter how much a pickleball player earns since some of their earnings will go to their coach as well.

As always, most of the income for a pickleball player, just like any other professional athlete, will come from sponsorships. Some players have reported earning around $80,000 in sponsorships. Of course, it does depend on the sponsor and how much money they have to sponsor players. In addition to already large prize pools, some sponsors contribute to prize pools at tournaments to incentivize their players to play at certain tournaments. For the leading manufacturer of pickleball paraphernalia, Selkirk Sports, their incentive pool increased 50% from 2018 to 2019, leading to the tournament’s prize pool increasing to $300,000.

How do pickleball players make money?

Who is the highest-paid pickleball player?

The highest-paid pickleball player in the world is Ben Johns. It is estimated that Johns makes about $250,000 a year, a seemingly small total for a professional athlete but certainly enough to live comfortably. Subsequently, he is also the pickleball player with the highest net worth.

Do senior pickleball players get paid?

Senior pickleball players do get paid, but on average, they may earn slightly less than younger pickleball players, likely due to factors such as smaller tournaments and a decreased number of tournaments in which they are eligible to play. Despite this, most tournaments that do host senior players award equal cash prizes to age groups. For instance, the USA Pickleball National Championships in 2019 awarded the same prize money at all levels, including seniors. This included an $80,000 champions’ purse, and payouts of $2,500, $1,500 and $1,000 for gold, silver, and bronze medalists in singles play, with $5,000, $3,000 and $2,000 for gold, silver, and bronze medalists in doubles play.

Pages Related to How Much Does A Pro Pickleball Player Make?