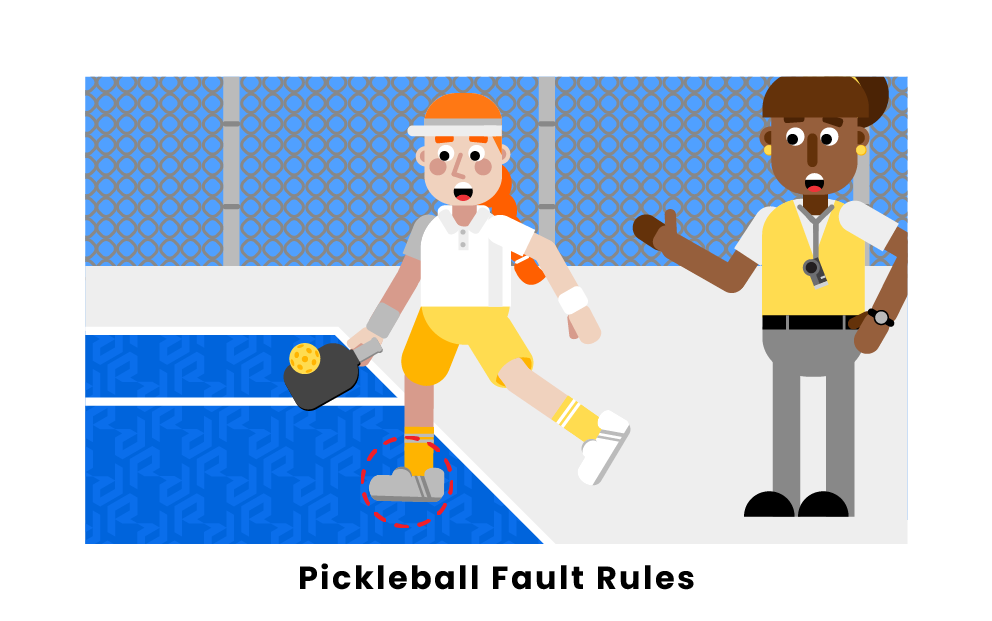 A service fault can occur before, during, or after the ball is served. Before the serve, a fault takes place if the server is standing in the improper area of the court or the wrong player elects to serve. The server must call out the score completely before attempting to hit the ball. Failure to call out the score or calling out the score during the action of serving will result in a fault.

A fault also occurs if the player performs an illegal serve. Common illegal actions during a serve include crossing the baseline, sideline, or centerline while serving and making contact with the ball above waist height. The server’s arm needs to be moving in an upward arc motion when contact is made with the ball.

The trajectory of the ball and where it lands are crucial and can often result in a fault. If the ball makes contact with a player on the serving team or a permanent object before bouncing on the ground, a fault occurs. A legal serve must land in or on the lines of the appropriate opposing service court. If the ball lands anywhere else, including the non-volley zone or outside the service court, the serve is illegal and a fault occurs. The serve is also invalid if the ball hits the net and lands either in the non-volley zone or outside the service court.