Do Shots Around The Net Post Count In Pickleball? 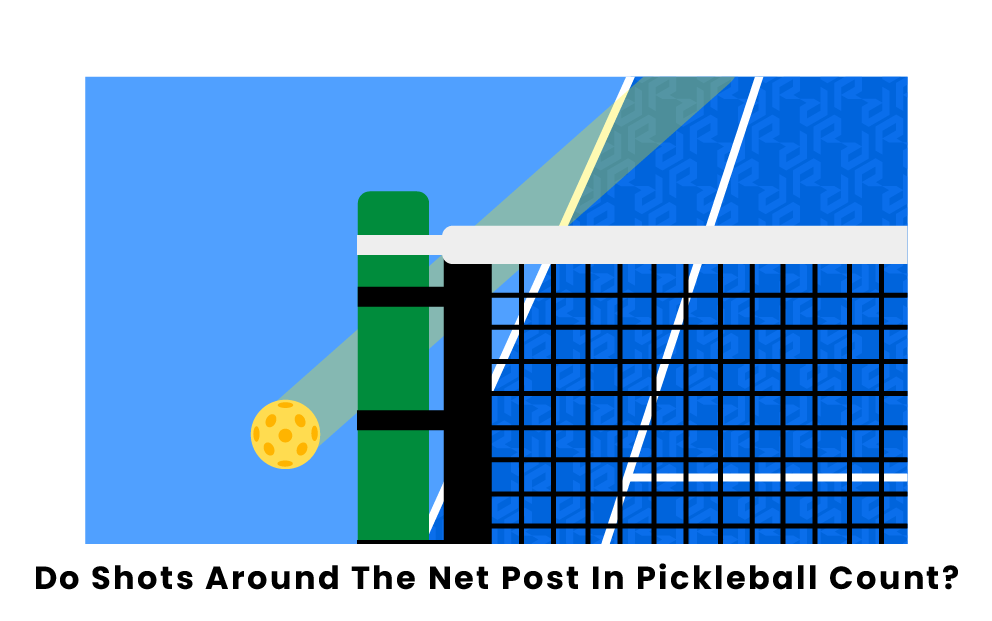 The sport of pickleball is known for its visual similarities to other racquet and net sports such as tennis, ping pong, and even volleyball, and many people often assume that all of these sports have restrictions against hitting the ball around the net posts. But is this actually true in pickleball? As it turns out, the Rules of Pickleball make it clear that certain types of shots around the net post are perfectly legal. Here, we examine the rules related to “Around the Post” shots in pickleball, discussing how these unique plays can be made in the game itself.

The Net and Net Posts in Pickleball 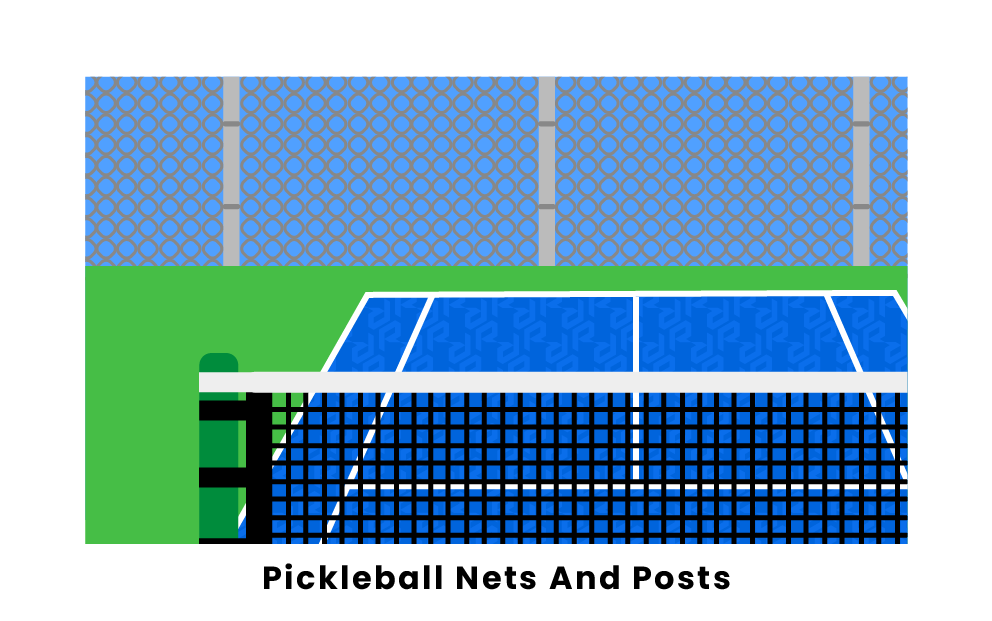 In pickleball, the primary barrier between the two sides of the court that divide the opposing teams is a low, horizontal net, which is visually similar to the net on a tennis court. The net itself represents the barrier that the ball must cross during a volley or return in pickleball, and the posts holding the net upright, including any parts of them, such as supporting wheels or arms, are regarded as out of bounds, as detailed in Rule 11K of the Pickleball Rules. Therefore, it is against the rules for a player to touch the net posts if the ball is still in play, as this will result in a fault.

In contrast to the net posts, the pickleball net itself is considered in bounds, according to Rule 11L. Therefore, if the ball itself contacts the net, the wire at the top of the net, or even the cable between the net posts, the ball will remain in play and can be volleyed by either team. Specific rules, however, disallow certain balls from being played if they contact certain parts of the net. For example, if a ball is hit and flies between the outer edge of the net and the net post, the player who hit it will be faulted.

If a pickleball net has a horizontal supporting bar and a center base, as some pickleball nets do, a ball that strikes the bar or base will result in a fault. The volley will be replayed for live balls that travel over the net and then hit the center base, the horizontal bar, or become lodged between the bar and the net. However, if any of these three events occur during a serve, the server will be faulted. Finally, any malfunction or issue with the net during a game can be counted as a “hinder,” which is defined in the Rules of Pickleball as an uncontrollable event or object that negatively affects a player’s ability to play a ball to the extent that a replay is warranted.

Crossing the Net in Pickleball

With these general rules regarding the net established, we can begin to consider the rules regarding players and balls crossing the court around the net. In pickleball, there are certain scenarios where a player crossing the net line is both legal and illegal, which are broken down in Rule 11I. This rule states that it is a fault for any player (or anything that they might be wearing or carrying) to cross the plane of the net before striking the ball. If a player is standing on their side of the court when they strike the ball and then proceeds to cross the net line, they will not be faulted. No player is permitted to touch any part of the pickleball net when the ball is still in play.

The only exception to the rule above occurs if the ball is volleyed over to one side of the net but somehow bounces back over the net to the striking side as a result of backspin or wind interference. In this case, the player who would have received the ball is permitted to cross the net line to hit the ball. However, they must wait until the ball has fully crossed back over the net to do so, or else they will receive a fault, and they must also not touch any part of the net system.

Shooting Around the Net in Pickleball

Though it may seem counterintuitive to some, volleying the ball around the net posts in pickleball is a perfectly legal form of play, provided that the players doing so do not cross the net line before hitting the ball or come into contact with the net in any way. This rule allows the game of pickleball to progress more smoothly and may add some additional excitement to the game.

Pages Related to Do Shots Around The Net Post Count In Pickleball?