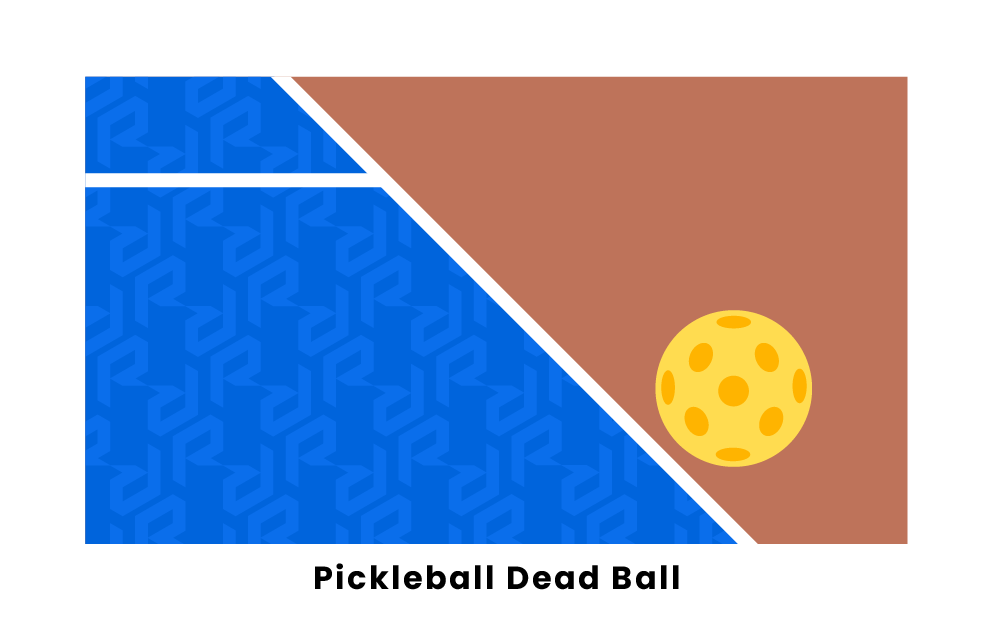 Pickleball is a game similar to tennis and table tennis that can be played on a court indoors or outdoors. Its popularity has skyrocketed in recent years, and it is currently the fastest-growing sport in the United States. As more people begin playing pickleball competitively, an understanding of some of the most basic rules in pickleball is increasingly important. One of those basic rules is the pickleball dead ball rule.

What Causes a Dead Ball?

In pickleball, a dead ball is a ball that is no longer in play. A dead ball is caused by any action that brings a play to a halt. Some dead balls are caused by faults and can result from a variety of different kinds of faults. Examples of actions that stop a play include faults, valid hinders, and any contact between the pickleball and a permanent object after the ball bounces on the court.

What is a Fault?

Any fault committed by a player results in a dead ball. The ball becomes dead immediately after the first fault in a play. Unless it is a non-volley zone violation, faults only occur once the play has begun and the ball is live. If the receiving team commits a fault, the serving team gets a point; however, if the serving side commits a fault, they lose their serve. Because points can only be won by the serving team, a loss of service can amount to the loss of a point for the team.

What is a Valid Hinder?

A valid hinder also results in a dead ball and requires a replay of the point. A hinder is anything that may have distracted or hampered either player or team during a play. A hinder can be called either by a player or team or the referee. If a player or team calls a hinder and it is determined to be invalid, that player or team is considered to have committed a fault and may lose their serve. Examples of a valid hinder include if a stray pickleball rolled onto the court mid-play or if a player on one team was deliberately distracting during the opposing team’s serve.