About Parasailing - An Overview 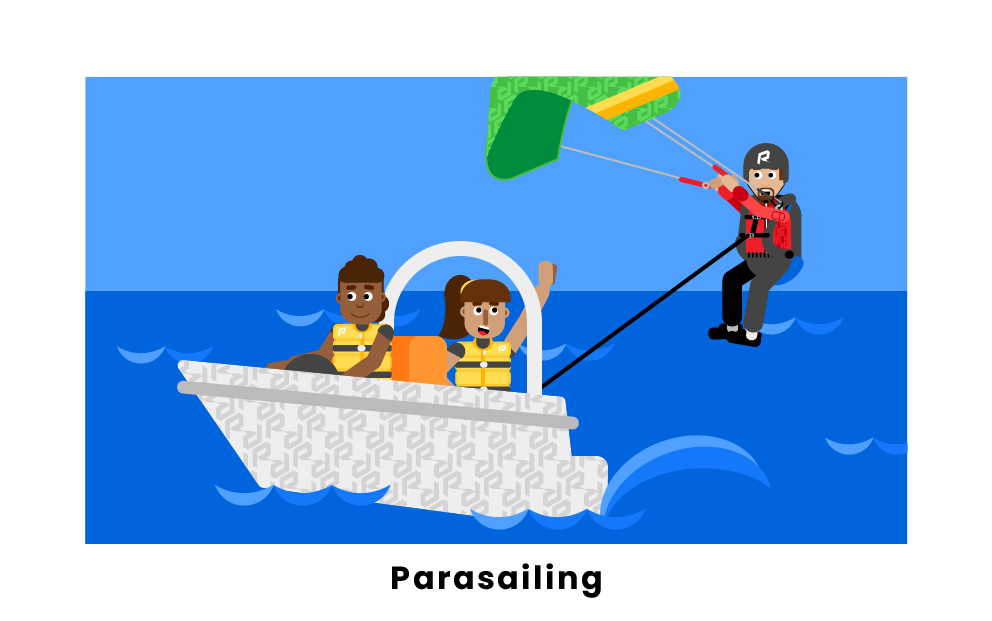 Parasailing is a sport where one person or multiple people are towed through the air behind a vehicle while attached to a device similar to a parachute, which catches the wind like a kite and lifts the participants into the air. Most parasailing occurs over water, with a large speedboat providing propulsion, but cars and trucks can also be used to parasail over land. The parasailers are attached to the parasail via a harness, and the parasail, in turn, is connected to the anchor vehicle by a tow rope. Traditionally, parasailing involves either one or two parasailers, but three can also be accommodated on certain occasions.

Parasailing was first invented in 1961 when a French engineer named Pierre-Marcel Lemoigne developed the Ascending-Gliding Parachute by modifying an existing military parachute, which had been used by paratroopers. Lemoigne’s design made his parachute more receptive to lift, allowing the user to ascend into the air when pulled behind a moving vehicle. The name “parasail” was first coined in 1962 by the Pioneer Parachute Company, who created the name after Lemoigne sold them his design. The parasail was initially used for training military pilots and even astronauts but eventually started to be used for recreational purposes in 1969. In 1971, modern-day parasailing equipment was pioneered by Mark McCulloh. Parasailing quickly grew in popularity, and by 1987, the invention of the winchboat to pull the parasail caused it to achieve even greater status as a recreational sport.

Parasailing is a recreational sport where parasailers are attached to a parachute-like sail via a harness and towed through the air via the lift generated by a moving vehicle, such as a boat or truck. Parasailing is a popular sport dating back to the 1960s and can be practiced by one or two people at a time, or sometimes even three. Most parasailing occurs over water, but it can be performed on land as well.

Where are the best places to go parasailing?

There are a number of popular parasailing locations around the world. Some of the most popular include Destin, Florida; Bali, Indonesia; and Cape Town, South Africa. The presence of the warm, world-famous waters of the Gulf of Mexico and renowned parasailing guides makes Florida an excellent place to parasail. In Indonesia, beautiful beaches and fine resorts offer parasailing to many tourists, while Cape Town, South Africa, offers parasailers the impressive sight of mountains just beyond the city.

What equipment do I need to safely go parasailing?

Pages Related to About Parasailing - An Overview