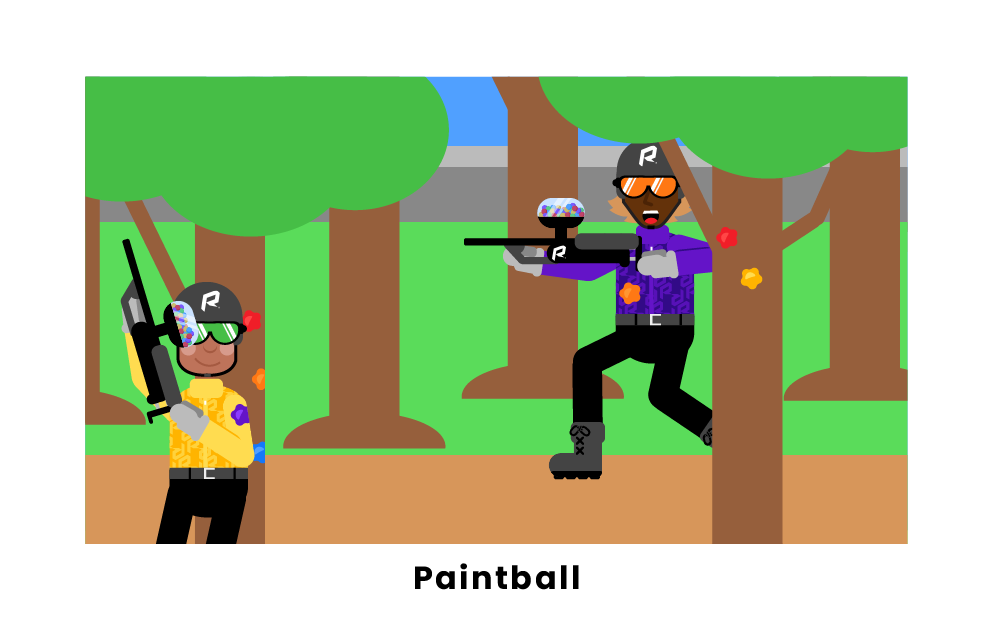 Paintball is an exciting sport played with an unlimited amount of participants indoors or outdoors. Gameplay involves players shooting a compressed-gas gun at the opposing team to win. Paintball guns propel dye-filled gel capsules that explode upon impact after hitting a surface or body part. Paintball guns, also referred to as markers, are low-energy game weapons that vary in price depending on play level.

Paintball is a relatively new extreme sport created in the early 1970’s by Hayes Noel and Charles Gaines. The original intended use of paintballs by the Nelson Paint Company was to mark livestock or agriculture. Loggers, ranchers, and other outdoorsmen used paintballs with  an oil-based paint, making it more difficult to be rinsed off with water. After Nelson developed a gelatin film infused with paint that explodes upon hitting a surface, the creation of paintball soon followed. 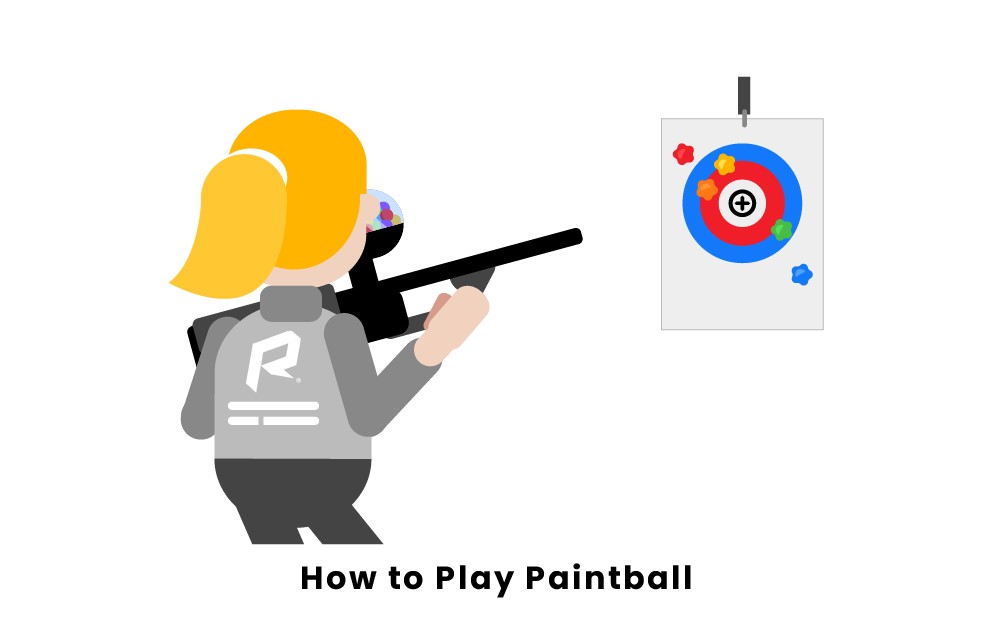 Paintball is a game that can be played any time of the year. There are many different types of playing surfaces, such as grass, dirt, snow, and indoor artificial materials. Traditionally, indoor paintball requires a higher level of skill because of limited space. More advanced players use astroturf sneakers when playing indoors to ensure both safety and silent movement. This allows players to sneak up on the opposing team and eliminate players more easily. The playing surface of outdoor paintball can consist of hills or a large field with man-made shelter-blockers. 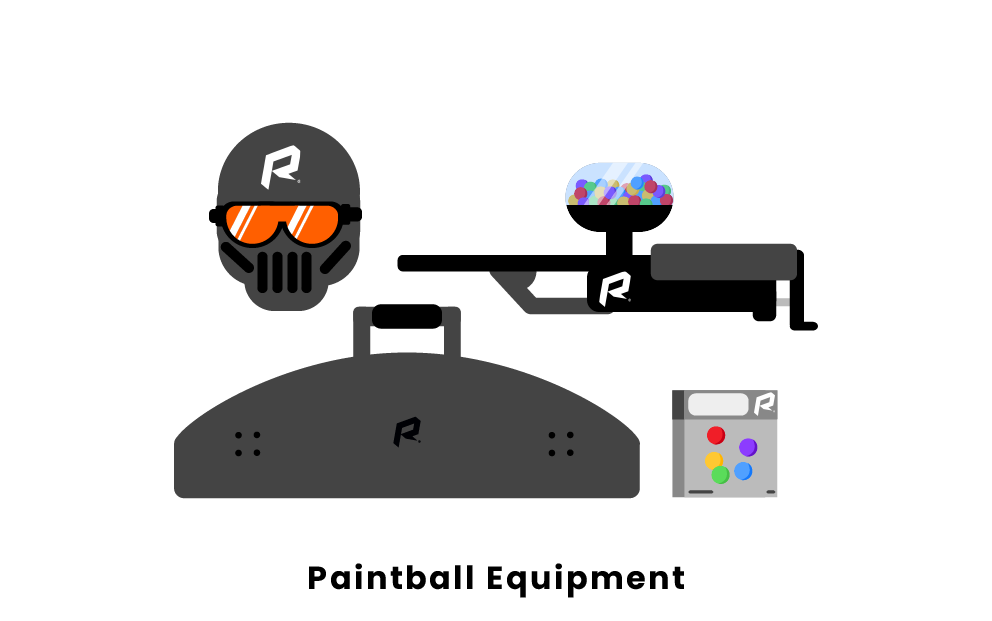 To ensure safety, all players must wear a mask to protect the eyes and face. A mask protects one’s face and eyes as paintball guns fire off around 190MPH. An air tank is what allows the paintball marker to shoot paintballs. Other protective gear consists of elbow pads and knee pads, allowing players to roll, duck, and dive at a high speed.

Here is the essential paintball equipment you should have:

Paintball is an extreme sport that can have multiple objectives based on the game mode that both teams want to play. Common game modes are team deathmatch and capture the flag. The objective of team deathmatch is to eliminate all players on the opposing team. The objective of capture the flag is for a team member to steal the flag from a set location on the other side of the map and return it to their side without being shot. 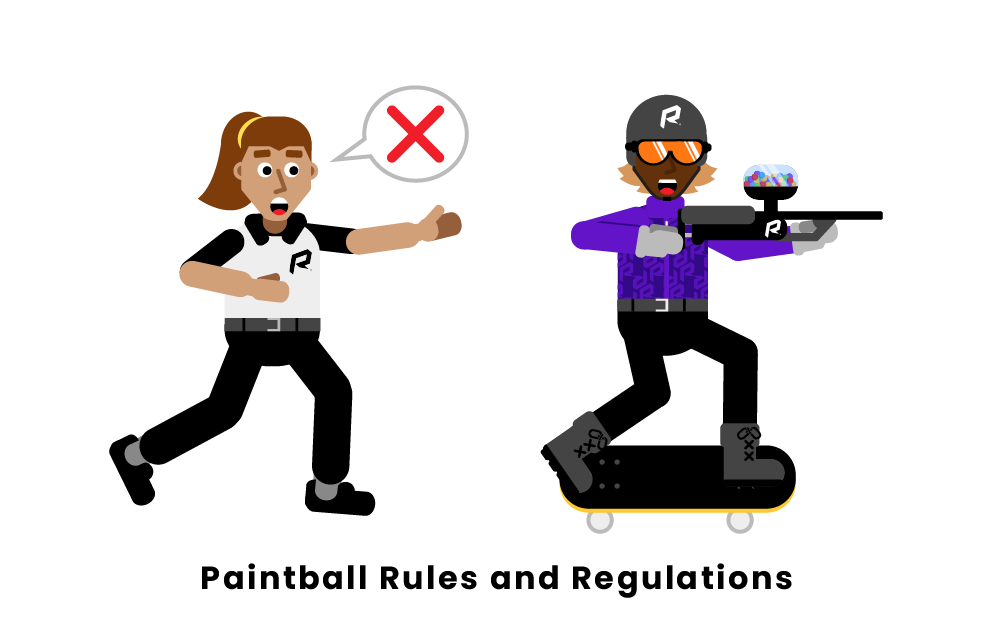 The primary basis behind all paintball rules and regulations are to ensure maximum safety. Important rules that both teams should agree on are boundaries, out of bounds lines, where the dead zone is for players who have been shot, and time limits.

Here are the most important Paintball rules you should know:

The top strategies of paintball involve effective communication. A basic communication tactic is hand signals. Hand signals enable teammates to tell each other when to run or when to shoot without giving up their location. More game-oriented strategies include flanking, runners, and leap-frogging. Flanking involves teammates splitting up on both sides of the field to try and corner the opposition. Runners are the fastest players on a team who gain an aggressive location early on to surprise the other team or capture the flag. Lastly, leap-frogging requires some teammates to advance upwards while the other teammates cover them from behind.

Here are the most important Paintball strategies you should know: 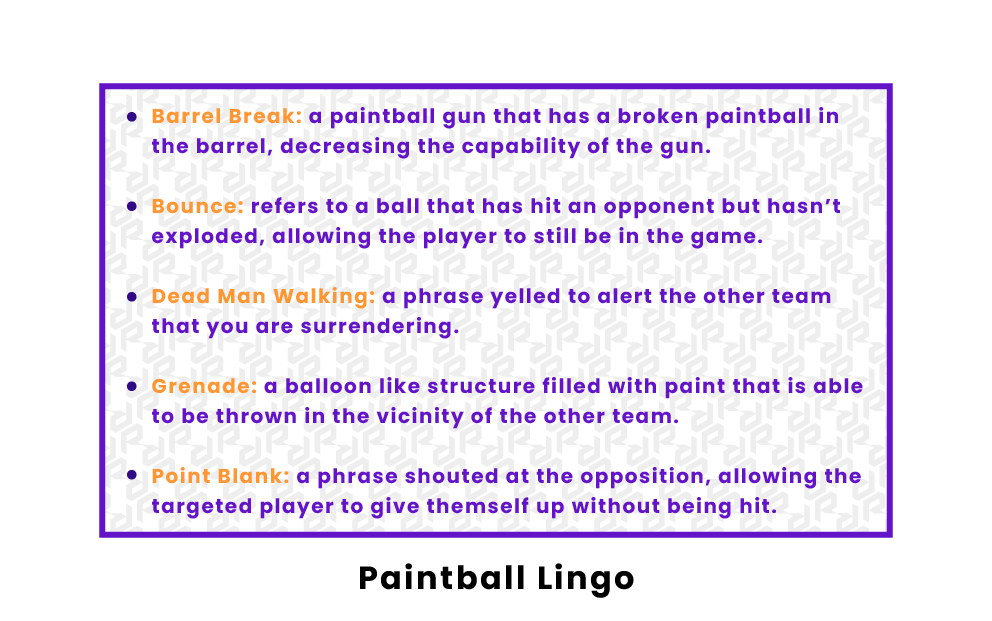 The following list consists of paintball lingo that describes a game action or terminology referring to paintball equipment.

Here is the common lingo and slang in paintball: 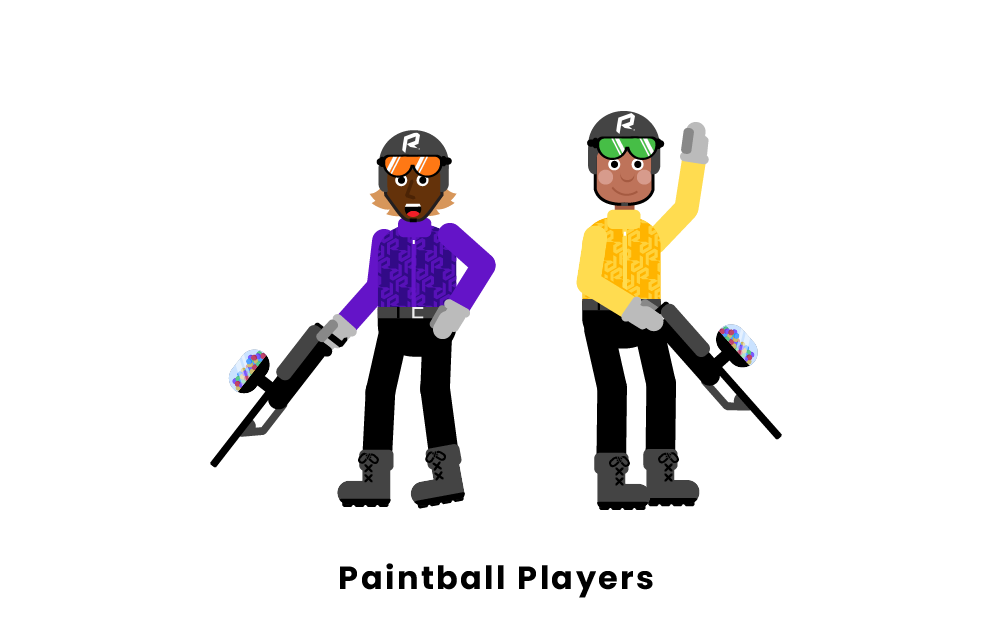 Oliver Lang is one of the greatest paintball players of all time. At the age of 22, he was awarded the International Paintball Player of the Year award. He made Paintball history in 2006 by accepting a $100,000 buyout contract to play for Dye Action Sports. He went on to win the first ever Paintball Sports Promotion (PSP), the 2011 PSP Galveston Island Open, and the Millennium Series event. Konstantin Federov is regarded by many as the most versatile player to ever play paintball. He is 35 years old and still in the top ten ranked players in the world. He started playing with the famous Russian Legion at the age of 16. Nicholas Neival cannot be left off this list as he has earned multiple teams and 1v1 championship wins.

Here are the most famous paintball players you should know:

Here are the most popular paintball leagues you should know: 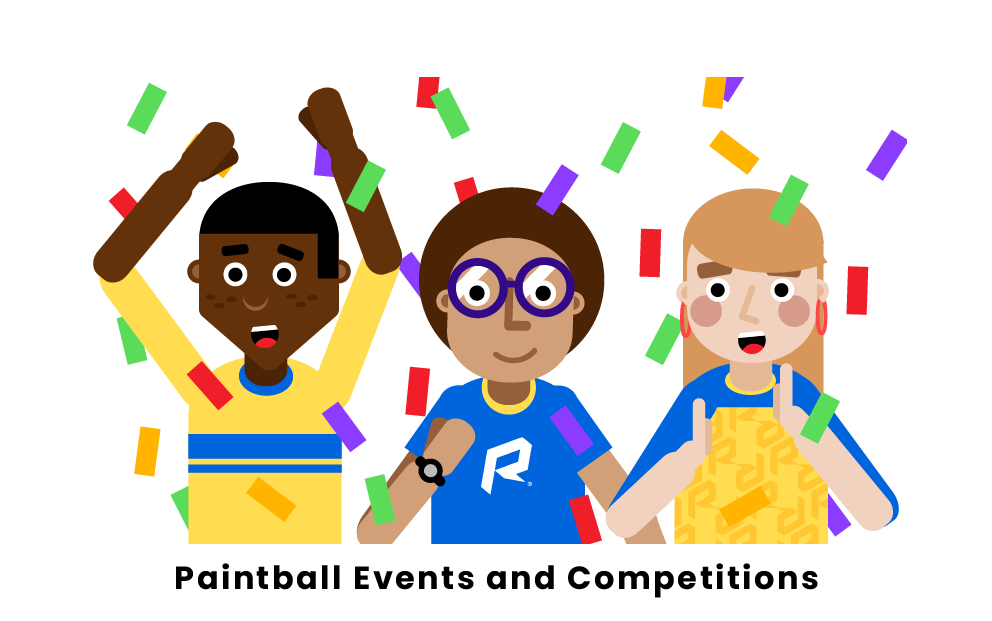 Below is a list of the most popular paintball tournaments from around the world.

Is there a certified instructor to teach how to shoot a paintball gun?

There will always be a certified instructor or paintball worker on site to teach the proper way to hold and shoot a paintball gun. The instructor will demonstrate how to change the safety mode of the paintball gun on and off as well as how to run with it.

What does it feel like to get hit by a paintball?

Those who a paintball has hit describe getting hit as a slight sting. The sting is similar to getting flicked and is only temporary. It is important to wear protective gear and pads to help reduce the temporary pain of getting hit.

How heavy are paintball guns?

How many paintballs does a paintball gun hold?

A paintball gun stores bullets in a place called the hopper. A standard hopper holds anywhere between 200 and 300 paintballs. This should last most players a few games.

Pages Related to What is Paintball?