Who Created Padel The Sport? 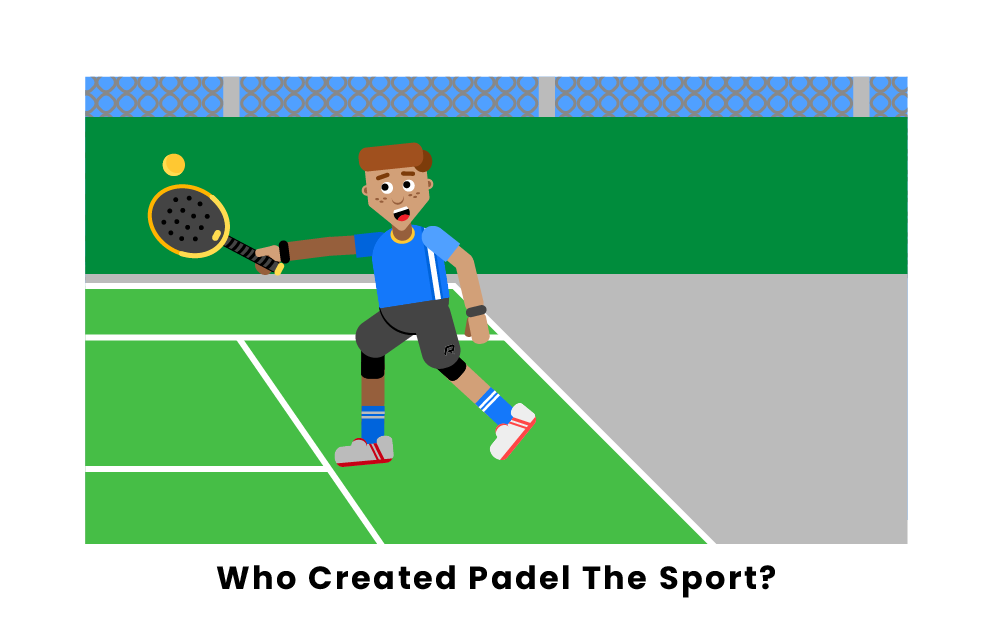 In recent years, padel has become one of the biggest emerging sports, both in terms of participation and following. This racket sport, widely practiced in European countries such as Italy, Portugal, and Spain, has Latin American roots as it was created in Mexico in the late sixties.

Although padel has risen in popularity only in the last decade, it has been around since 1969, when a wealthy Mexican businessman named Enrique Corcuera created this discipline. Corcuera was extremely passionate about racket sports and was keen to build a tennis court in his Acapulco home. However, due to space limitations, he was not able to build a regulation-size tennis court. Therefore, he decided to build a smaller court, which he named “Paddle Corcuera.”

Due to the restricted size of the court, Corcuera opted to change some of the basic components and rules of tennis to adapt to his court. He decided to play with smaller rackets and built four walls around the court to replicate squash playing conditions. Thus, Corcuera included elements of both tennis and squash in the new discipline that he started spreading to the Mexican elite, who quickly made padel their favorite leisure activity.

The mix of elements from squash and tennis generated great curiosity around this new racket discipline. Successful Mexican businessmen and European nobles started visiting Corcuera’s house to try this new sport. Prince Alfonso of Hohenlohe-Langenburg was among the ones impressed the most by padel and decided to try to bring the sport to Europe.

From Paddle to Padel

Soon after becoming a popular leisure activity for the European dominant classes, padel spread to Argentina. An activity created in a Mexican mansion had now become a racket discipline practiced in three different continents.

Padel became a national sport in Argentina, as various courts were built in the country. This rise in popularity and the new changes made in Argentina called for the establishment of an international padel rulebook.

The changes introduced in Argentina led to a unification of the rules in Barcelona in 1997. There, padel was finally established as an official sport. The new rules included return volleys and no limitations on the surface of the field. It was also decided that the wire fence had to be raised to nine feet, and it had to surround the whole court. After becoming the second most popular sport in Argentina, padel courts were built in Chile, Uruguay, France, and Italy, making this racket discipline a global phenomenon.

Padel, which was initially named paddle, was invented by Enrique Corcuera, a wealthy Mexican businessman. Corcuera was extremely passionate about racket sports and decided to mix elements of both tennis and squash to create a new leisure activity for the Mexican elite. Among his visitors was Prince Alfonso of Hohenlohe-Langenburg, who fell in love with the sport and brought it back to Spain, where he contributed to adding new rules that increased the pace of the game.

How was padel invented?

Padel was created due to the space limitations for a tennis court that Enrique Corcuera had in his Acapulco home. Due to the lack of space, Corcuera could not build a regulation-size tennis court in his home. Therefore, he opted for a smaller court with walls on all four sides as he wanted to integrate aspects of squash too. To adapt to the different size of the padel court, Enrique Corcuera also decided to make the rackets smaller.

When did padel start?

This racket sport was first introduced in 1969 by Enrique Corcuera, who built the first-ever padel court in his Acapulco home. However, it took almost thirty years for padel to become an officially recognized discipline. In the 1970s, Prince Alfonso of Hohenlohe-Langenburg brought padel to Europe and started introducing new elements like the wired fence. After the sport spread to Argentina and underwent further rule changes, then, in 1997, padel was formally established as an official sport.

Pages Related to Who Created Padel The Sport?