What Are The Rules of Kan Jam? 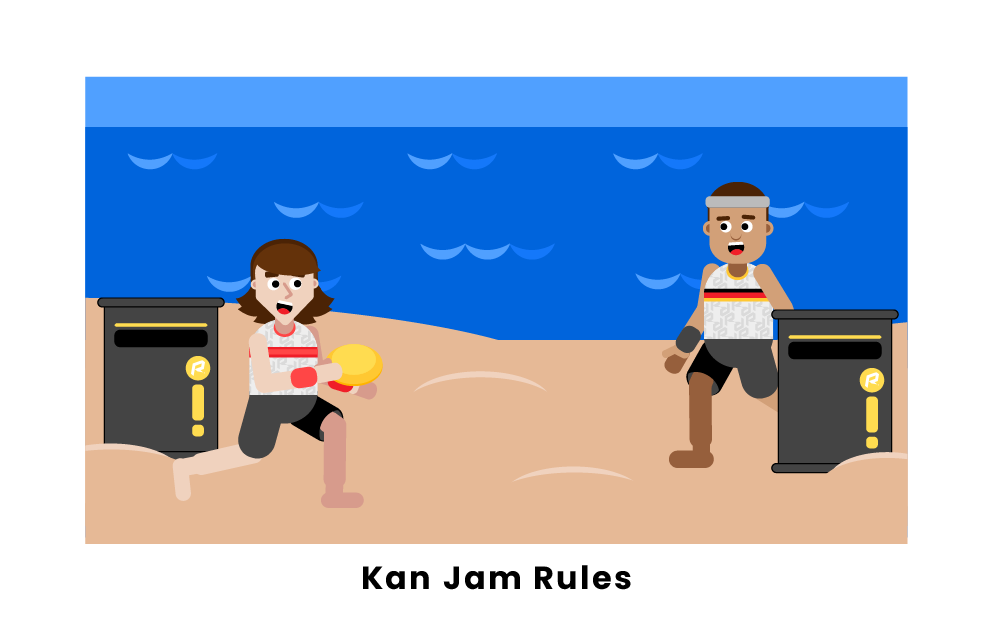 Kan Jam can be somewhat of a niche activity, and you might not be completely familiar with the rules quite yet. At first glance, Kan Jam seems simple. Although it is not a mainstream sport, it is a very real and competitive game. Kan Jam has been around for the last few decades and began in the 90s. Read on to learn more about the structure and rules of the game. 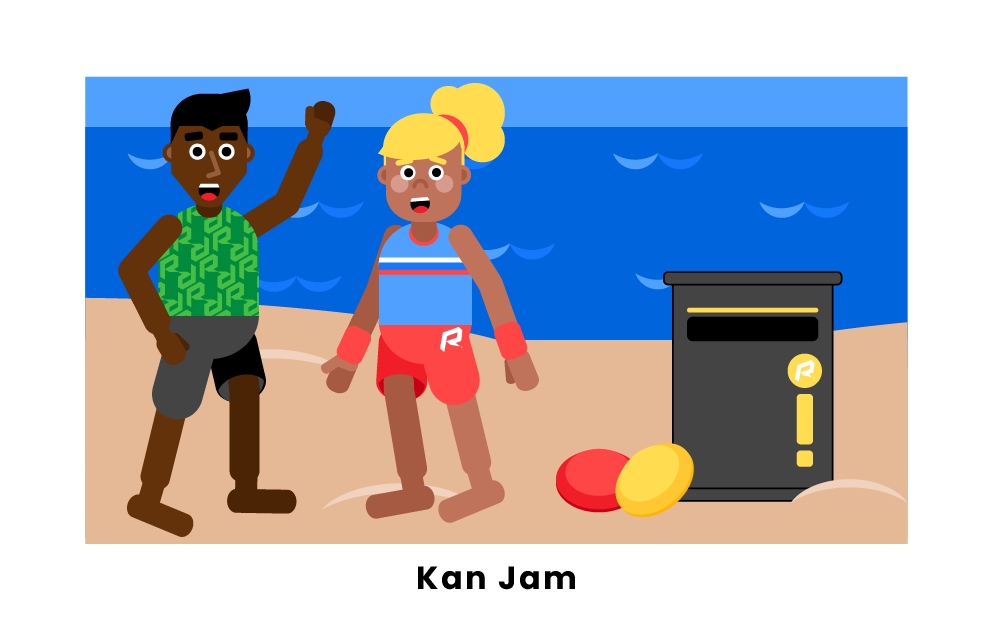 Kan Jam is a simple yet popular yard game that can be purchased in most sporting goods stores or online. It is typically played outside in the grass or on the beach. The game involves two teams racing to reach exactly 21 points by throwing a frisbee into a cylindrical can.

To set up the game, the players will need to place the cans 50 feet apart from one another. They will also need to decide on the teams. There are two teams and two players on each team. One team member will stand behind one can while the other stands behind the opposite can, leaving a single team member from each team on both sides. To begin the game, the teams must decide who will throw the frisbee first. This can be done in a number of ways, from playing rock, paper, scissors to using a coin toss.

Each team must complete the same number of turns throwing the disc. The only case in which this does not happen is when an instant win occurs, which is done by throwing the frisbee into the front slot of the can. The first team to secure exactly 21 points or hit an instant win will win the match. If a team goes over 21 points, their score will be subtracted from their points total. For example, if a team has 20 points and scores a deuce (worth two points), their score will be 18.

If both teams reach 21 within the same number of turns then the match will go into overtime. Each team will have one turn to score points. Whoever scores more within one turn will win. If both teams tie again, another round will be played until the tie is broken. 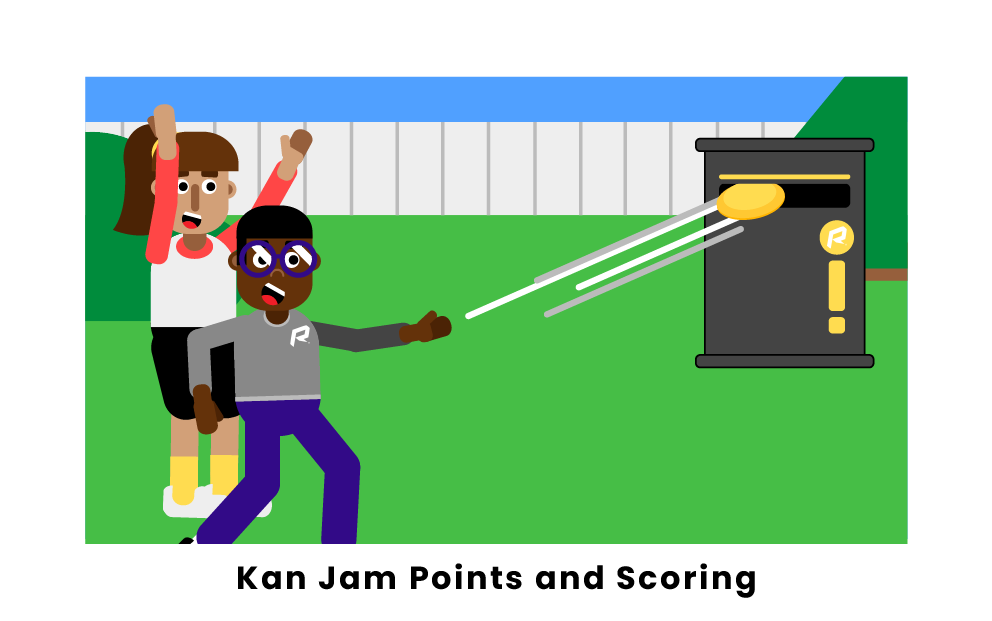 There are four different ways to gain points in Kan Jam. You can score a dinger, deuce, bucket, or an instant win.

A dinger is worth one point and occurs when your partner deflects the disc into the can.

An instant win, also known as a chog, is the most sought-after event in Kan Jam. On the front of each can there is a small slot slightly larger than the size of the disc. If the throwing player can send the disc through this slot without the help of their deflecting partner, this will count as an instant win.

The only other way to score points in the game is when there is interference from the other team. Three points will be awarded to the throwing team if the opposing team defends the goal.

While this game is not extremely complex, there are a few very important rules to keep in mind while playing as the deflector. First, you can only deflect the disc with one hand. The player can either use the left or right hand; it does not matter which hand they wish to use. The deflector is not allowed to grab, hold, or double hit the disc. If any of these events occur, the points scored on that turn will not be counted.

If the thrower is standing in front of their can when they throw the disc, no points will be awarded on that turn. Similarly, if the disc hits the ground before touching the can or if the disc misses the can entirely, no points are awarded for that turn. While the thrower cannot play from in front of the can, the deflector has the ability to do so. Once the disc is thrown, the deflector can move anywhere within the playing field to attempt and deflect it towards the can. This includes moving in front of the can to reach a disc that is falling short of its target.

Is there a time limit on each team's turn?

In recreational Kan Jam, there is no time limit on either team’s turn or on the game as a whole. The teams can play at their own pace with no need to worry about time. However, this is slightly different for competitive Kan Jam. There are still no time limits on each team's turn, but they will try to play as many games as possible within a 30-minute period.

All of the rules are the same for both recreational and competitive Kan Jam. Despite this, there can be small differences in the structure of the game when playing competitively, such as the 30-minute time limit mentioned above. Also, competitive teams can range from 2-4 players making the match consist of 4-8 people.

Pages Related to What Are The Rules of Kan Jam?