What Are The Rules of Hide And Seek? 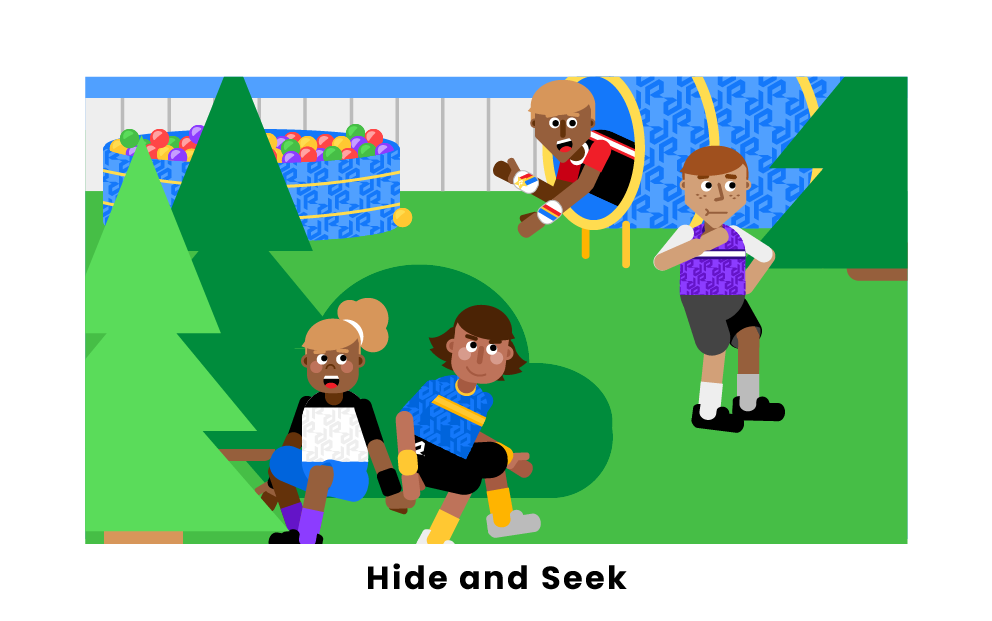 What is Hide and Seek?

“Hide and Seek” or “Hide and Go Seek” is a very common popular children’s game in which two or more players play. It can be played in multiple different areas but is best suited for a set environment, where it is not too large or too small to make the game too challenging or easy.

During the game, one member is chosen or volunteers to be the counter, also known as the seeker. The game starts with the counter counting to a set number aloud while everyone else hides in hopes of not being found by the counter when the time is up. Typically, this number is in a range of 50-100, with a higher number being used when there are more players involved in the game, giving them more time to hide. Once the player is done counting, they yell, “ready or not, here I come!” and start to search for the hidden players. This is done to let everyone know that they are done counting and are on their way to finding the other players.

The winner of the game is the last player to be found, while the loser and the one that becomes the counter for the next round is the first to be found.

What are the Rules of Hide and Seek?

The rules of Hide and Seek are simple and easy to follow. There are five key and basic rules to follow to play the game successfully. These rules are:

1. Selecting the players to play the game

This rule is simple. At least two players are needed to play Hide and Seek, but the more players you have to play, the more fun and competitive the game will be. When selecting the players, be sure to think about the ages of the people playing if there is a variety. For example, if younger children are playing with older kids, they tend to hide in places that are easier to spot without realizing it, versus the older players that tend to be more clever.

The biggest rule for the game of Hide and Seek is safety. With this game being meant for children, make sure everyone is hiding in a place that they can get out of and not be trapped in. You want your hiding space to be comfortable and easy to move in and out of. You also will need to decide if your game will be played indoors, outdoors, or both. If both, know that it may take longer to find people, and the game may last longer because of that. If indoors, make sure to name if places are off-limits before the game starts, so no one is confused. Both indoor and outdoor games can have boundaries if listed before the game begins. A boundary will allow for people to not go as far, so the game ends up being less complex.

By finding a good location for the game, everyone can find their hiding spot equally. You want to find a space where there are spaces for everyone to feel like they can find a successful hiding place. You do not want a space with fewer hiding spaces than people playing. Along with this, whenever playing hide and seek, it is important to inform parents or people in that area that you are playing in case they cannot find you.

This is an important rule because there will always need to be one counter in the game of Hide and Seek. No one will be the counter twice in a row, as once you are the counter, the first person you find becomes the next counter. Along with deciding

who will be the first counter, you will also need to decide an amount to count to. Typically this number is anywhere from 50-100.

Once you have gone over these rules and decided the counter, you are ready to play the game. Make sure the counter always has their eyes closed when counting and everyone around them is as quiet as they can be when hiding.

Along with the set rules given, players can also add rules of their own to the game to make it special. Some of the rules that are typically added to Hide and Seek include:

Pages Related to What Are The Rules of Hide And Seek?