How Does Scoring Work In Tetherball? 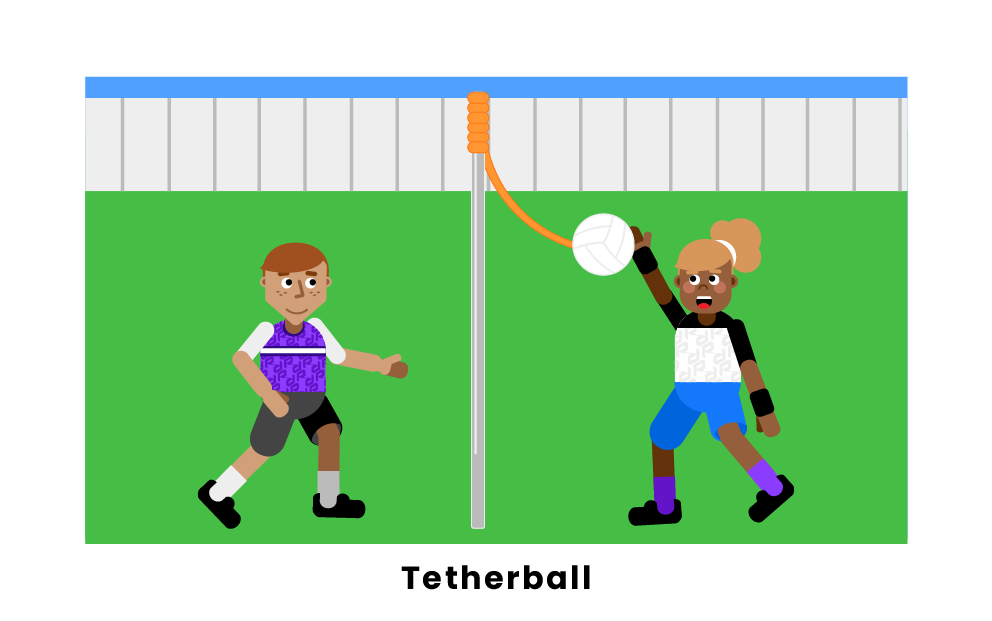 Tetherball is a popular game often found at parks, beaches, and playgrounds. Despite its common appearance in public places, the rules surrounding scoring in tetherball are surprisingly unknown to many. Read on to learn how scoring works in tetherball and what rules impact how players can win.

Tetherball is a game that is primarily played in warm weather on a grass field or court. The game is played between two players and can last anywhere from a few minutes to a few hours, depending on the level of competition. One player starts the game by “serving” the ball in their chosen direction. After that, each player tries to stop the ball from going past them in hopes of wrapping it around the pole.

How to Play Tetherball

When playing, you must stay within the boundaries to avoid penalties or an automatic loss. While the tetherball is wrapping further and further around the pole, the rope gets shorter, making the game more difficult the longer it goes on. If the ball contacts the pole, either player can play it. The match is over once the rope has been wrapped all the way around the pole by a player, and they have reached “tetherball.”

When picking a partner in tetherball, try to figure out their weakness or strengths before starting the match to give yourself a head start. For example, if you are playing against someone who is a lot shorter than you, your advantage is your height and that you can hit the ball over them. If you are the shorter one, use your speed to push the ball past your opponent. Both of these are ways you can be successful and win the game.

Dimensions of the Court for Tetherball 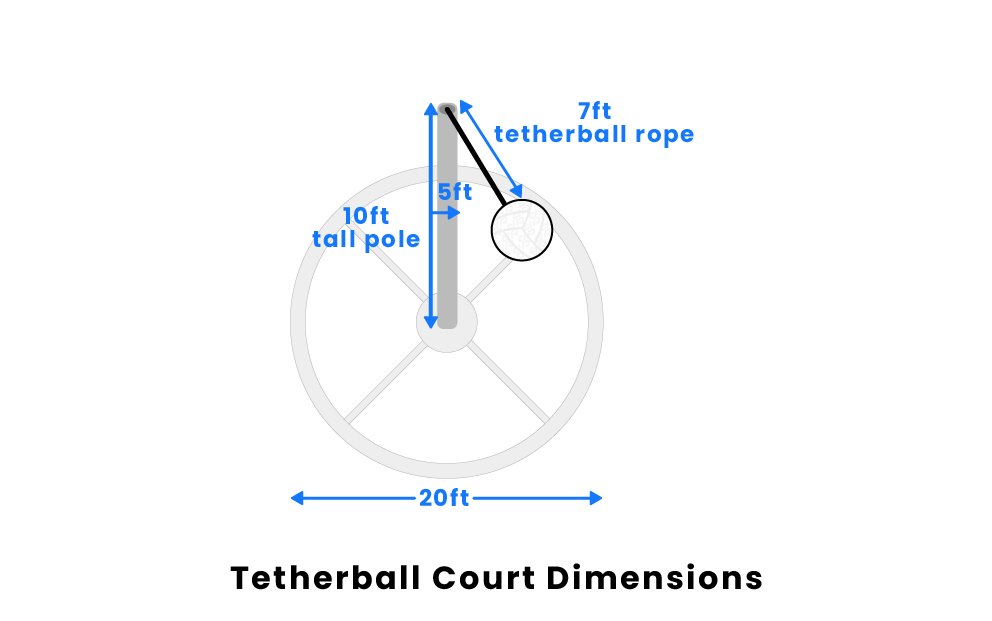 The tetherball court setup is very traditional and stays the same at any location you may play in. The court is a 20-foot diameter circle that is split into four sections. The court is split into four sections with an “x,” making it so that two of the sections across from each other are the “play” zones, while the other two zones are considered out of bounds. The pole for the game is always at a height of ten feet. However, for youth games, it can be lowered to eight feet to make the game easier. The ball itself will hang three feet above the ground by the rope attached to it. The steps to set up the court itself include:

How to Score in Tetherball

Although there are no points in tetherball to keep track of, the winner of the game is the first person to wrap the rope with the ball around the pole in the direction they chose at the start of the game. If they do so before the other player does, they win the game. The winner of tetherball then goes on to play another opponent until they either lose or decide to stop playing the game. Tetherball players decide how many games a player needs to win before they win the overall match. A tetherball player must win at least two games in a row to win an overall match. A common way to determine the overall winner is by ruling that the first player who wins seven games by a margin of at least two wins the match.

Each player takes a turn to serve. The players rotate serving every time a ball dies. To serve, the ball is thrown up and hit to the receiver in the serving player’s desired direction. Once the ball has been served by a player, they cannot hit it again until it is touched by the opponent or the ball has wrapped at least four times around the pole. Once either of these happen, then the server can go back to contacting the ball whenever it is on their side of the court.

During the game of tetherball, a player cannot touch the pole or the rope. Along with this, a player cannot cross over the line to the other player’s side or to the out-of-bounds zones. You cannot throw the ball at any point of the game, and it must be “bounced” or hit off of a player's forearms or hands. Breaking any of these rules generally results in the player automatically losing the game. However, some people choose to let the game continue and award the non-offending player with the serve.

What is the goal of the game of tetherball?

The main goal of the game is to get the ball and rope wrapped around the pole until it is no longer playable. If you wrap the ball around before your opponent does, you win the game and therefore move on to possibly win the match. The game of tetherball uses quick movements and strategies to test your reflexes.

Where can you play the game of tetherball?

You can play the game anywhere there is a tetherball court set up or in an area where you can set one up yourself. This includes a grass surface or a court with cement. When setting up a court yourself, you must have water or sand that can hold down the pole, so it does not move during the match. Along with this, you must have enough space around the area for the rope to swing without hitting anything.

Pages Related to How Does Scoring Work In Tetherball?