How Does Scoring Work In Ladder Toss? 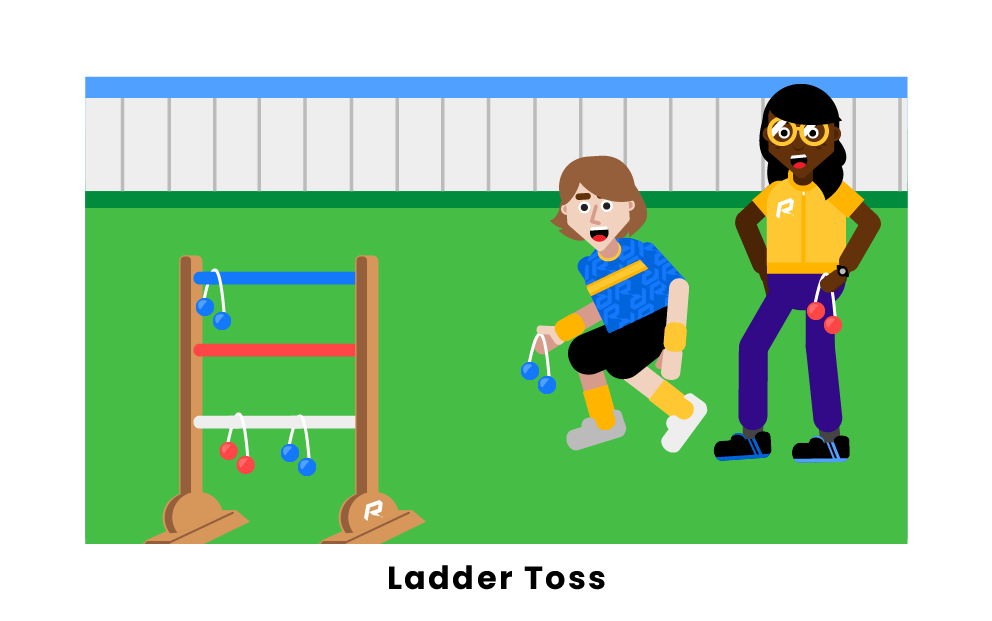 Ladder toss, also known as ladder ball or ladder golf, is a lawn game that can be played one-on-one or in two teams of two players. Opponents take turns trying to throw three bolas, two golf balls tied together with rope, on the three ladder rungs with varying point values. The first team to reach 21 points wins. 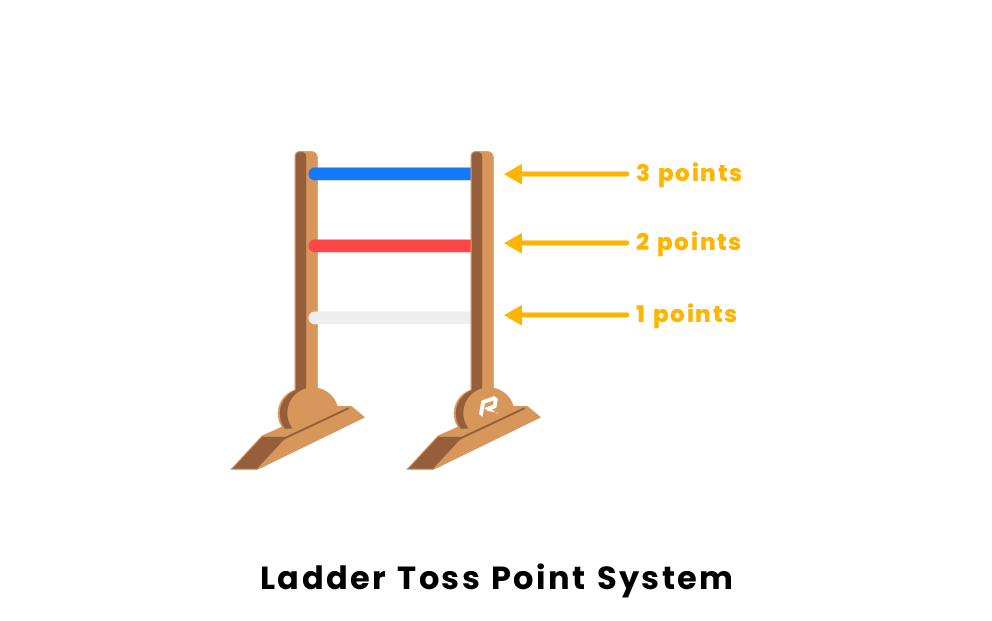 There are three ladder rungs that bolas can be thrown on, and each rung has a different point level depending on its height.

In ladder toss, opponents have the chance to cancel out one another’s points. For example, if one person throws a bola around the top rung, their opponent may try wrapping a bola around the top rung in the same round. If they successfully do so, the points will cancel out, and no teams will earn them. Points are only canceled out if they are both scored on the same rung.

Additionally, only bolas that are wrapped around a rung at the end of the round are counted for points. If a bola falls off a rung or an opponent knocks another bola off with their own, then the points are not counted.

There are also chances to earn a bonus point each round. If a person wraps their bolas around each of the three rungs (1-2-3) or wraps all three of their bolas on the same rung in one turn, they will get one additional point. The highest number of points a person can earn in a single round would be ten. (Three bolas wrapped around the highest rung would score nine points total plus one bonus point.)

To win a game of ladder toss, a team must reach exactly 21 points. Going over 21 points can result in various penalties depending on the variation of ladder golf being played. The typical rule is that going over 21 points means the points the person earned that round are discarded. For example, if a team has 20 points at the beginning of the round and a player earns two points, their score will remain at 20.

If both teams are tied at 21 points, an overtime round will begin. A team must be ahead by two points at the end of a round to be declared the winner. There is no point limit in overtime for ladder golf, so the rounds continue until a two-point lead is established and a winner emerges.

As ladder golf is a popular yard game, there are many rule variations that people like to apply to make it more interesting. Before starting the game, it is important for the players to establish if they plan to play with any variations or house rules.

The biggest variation happens in regards to the 21-point rule. Some people disregard the rule and allow teams to exceed 21 points to win. Other people add penalties for going over the threshold. For example, some people decide that if a team goes over the point limit, they must set their scores back to either 11, 13, or 15 points.

Another highly contested rule in ladder toss is the “bounce rule.” Sometimes, bolas will bounce off the ground and onto a rung. Some people like to count these bolas as points, while others think that because it hit the ground, the bola should be removed and the points discarded. Before the game, teams should establish if bolas that touch the ground before wrapping around a rung will count or not.

For an accelerated game of ladder toss, players can decide not to enforce point cancellation rules. In this version, all bolas on all rungs are worth points. If two players each wrap a bola around the top rung, instead of the points canceling each other out, each team earns three points. This makes the game go by faster because it is easier for teams to score points.

How do you win in ladder toss?

A player or team wins ladder toss when they reach exactly 21 points before their opponents do. The fastest way to win ladder toss is to aim for the highest rung. The highest rung is worth three points, the middle is worth two, and the lowest is worth one point.

Slowing down your opponents can also help you win ladder toss. Canceling out an opponent's points by tossing bolas on rungs they have a bola on will stop them from earning points. Another strategy to stop your opponents from scoring points is to knock their bolas off the rungs.

Do points cancel out in ladder toss?

Yes, there are scenarios in which points cancel out in ladder toss. In the official rules, if two players each throw a bola around the same rung in a round, the points cancel one another out.

Can you go over 21 points in ladder toss?

No, you cannot go over 21 points in ladder toss. According to the official rules, you cannot exceed 21 points in ladder toss. Although there are variations for penalties, the most common rule is that all points earned in a round that exceed 21 points are discarded. For example, if you earn two points in a round when your team already has 20 points, your points do not count, and your score remains at 20. Some house rules give penalties for exceeding 21 points, such as forcing the team to set their score back to 11, 13, or 15 points.

Pages Related to How Does Scoring Work In Ladder Toss?