Who invented the Olympics? 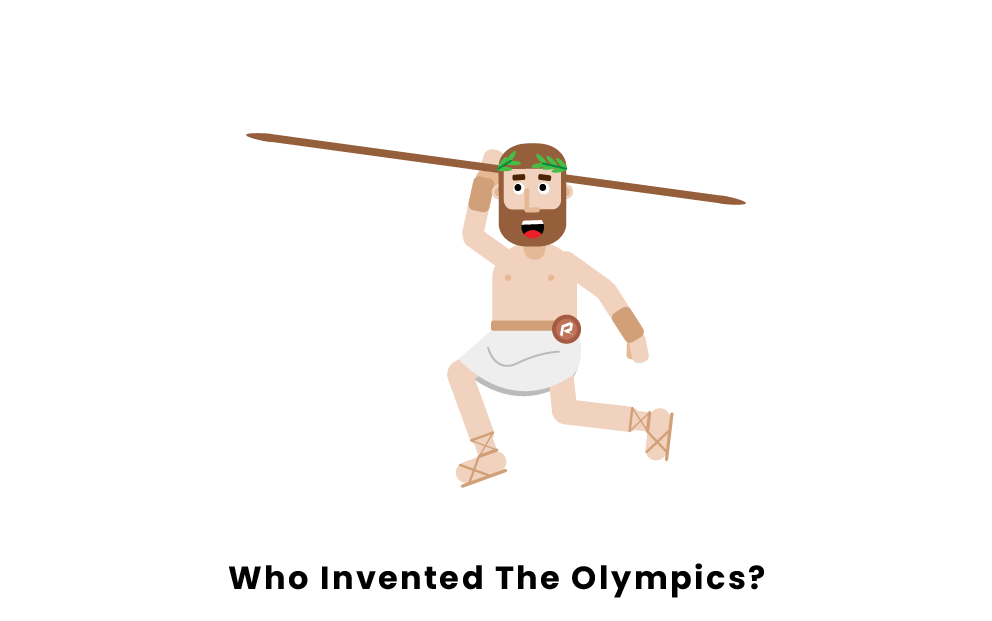 Today, the Olympic Games are a huge event, watched by people all over the globe. You probably know about the Olympics and some of its symbols, like the Olympic rings and the medals, but how did all that start? Who invented the Olympics?

There are actually two different answers to who invented the Olympics, and both have contributed to make the Olympics as we know it today.

The Olympic Games originated in ancient Greece, about 3000 years ago. It was an athletic event to honor the Greek god Zeus, which was played every four years, and always hosted in the Greek city of Olympia. It is estimated that the Olympics were held from 776 BC to 393 AD in this format. At the time, only male competitors could participate, and they competed in events such as chariot races, and a boxing-like fighting competition.

Although its main focus was religious, the games also served the purpose of gathering greek citizens together in celebration. That is in line with the Olympic Games today, in which people from all corners of the globe get together to celebrate athletes and their countries.

The origin of the Modern Olympics starts in France, where a man named Pierre de Coubertin dedicated himself to promote physical health. Coubertin, who was a baron and member of French aristocracy, was inspired to create a new version of the Olympic Games after a trip to Greece. He first publicly proposed his idea in 1892, and not much later founded the International Olympic Committee (IOC), of which he was president until 1924. Not coincidentally, the first Olympic Games of the modern era were held in Athens in 1896. The games would also return to Athens in 2004.

The history of the Olympic Games can be divided into the ancient Games, those held in Greece centuries ago, and those of the modern era, which started in 1896. Therefore, while we can say that the Greek created the event, it was Baron Pierre de Coubertin who started the movement and created the footprint to have the Olympic Games in the format they are today.

Coubertin died in 1937; in his lifetime, he saw 15 editions of Olympic Games between Winter and Summer editions. By the time of Coubertin's death, the Olympics were already a global endeavor, getting each time more involved with current events and meaning something bigger. His last wish was that, as a last symbolism to his legacy, his heart was removed from his body, and taken to Olympia, where the games were born, over two thousand years before. There is a memorial to Coubertin in Olympia, where his heart was placed in 1938 and remains to this day. The monument is called "Coubertin's Grove," and can be visited by tourists and fans of the games. It is the perfect combination of both periods of the Olympic games.

Pages Related to Who invented the Olympics?