What are the rules of Olympics? 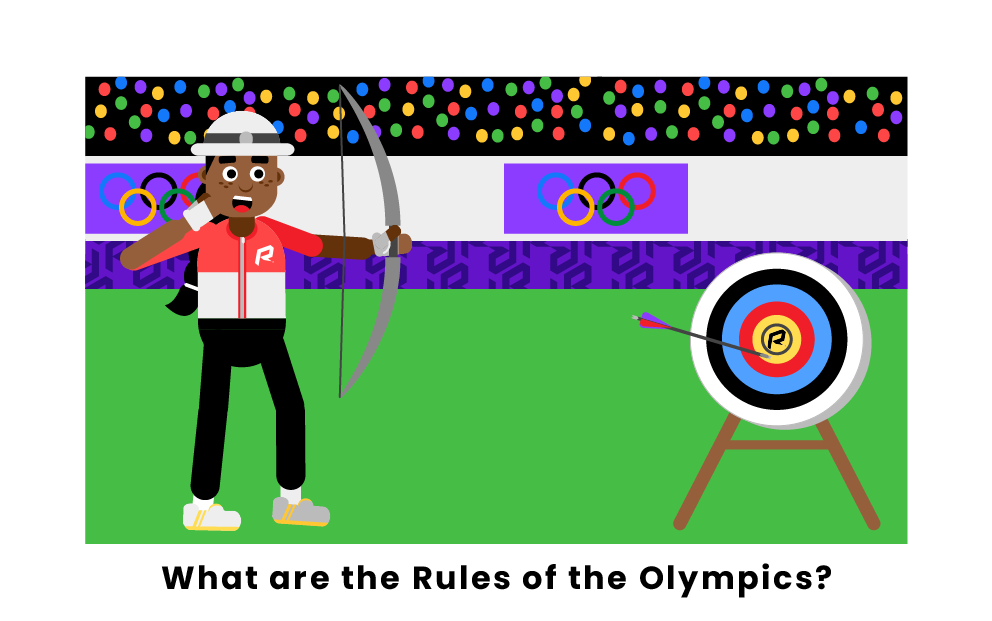 The Olympic Charter includes the fundamental rules and principles of the Olympics. These have been adopted by the International Olympic Committee (IOC) and act as guidelines for the Olympic Movement. The IOC’s mission is to be committed to building a better world through sports.

When selecting a host country for the Olympic Games, all candidates must have the approval of the National Olympic Committee (NOC) of the specific country concerned. The national government for any candidates must submit a legally binding agreement to the IOC that they will guarantee and undertake to comply and respect the Olympic Charter, and that public authorities and the country will do so as well.

When determining the location, venues, and sites for the Olympics, existing or temporary infrastructures and venues are given priority. Any plans to build new venues for the Olympics may only be considered if they follow sustainable legacy plans. In the end, the IOC Session has to make the final decision of the election of the host country.

In order to participate in the Olympic Games, team officials, competitors, and team personnel must comply with the Olympic Charter and World Anti-Doping Code. People who choose to participate must be a national of the country they are representing and competing for. There is no general age limit for competitors in the Olympics. The age limit will depend on the International Federation and the limit on their specific sport.

The IOC sends out invitations to National Olympic Committees (NOC) to partake in the Olympic Games, usually one year before the opening ceremony. The IOC determines the number of participants for the Olympic Games. All entries by the NOC are subject to acceptance or rejection by the IOC at their discretion. NOCs may only send competitors to the Olympics who are prepared for international competitions at a high level. All competitors must comply with the entry process and Olympic Charter, as outlined by the IOC.

Olympic athletes can compete and practice the sport without any discrimination based on their color, race, age, sex, religion, disability, or any other unchangeable status. There must be equal and fair gender representation as well. Athletes are also protected for their physical and mental health and have the right to be protected from any form of harassment or abuse. Competitors should be a part of a clean and fair sporting environment that includes transparency on issues such as competition manipulation, doping, qualification process, and refereeing/judging. All athletes have the right to obtain all information on the competition and other athletes in a timely manner. Athletes should also be able to report any unethical behavior without retaliation.

Athletes must adhere to certain guidelines and rules. They must uphold the values and principles of the Olympics. All competitors must compete as clean athletes and may not partake in any doping or manipulations of the competitions. Athletes must also respect other athletes, volunteers, teams, and everyone involved in the tournament and should not discriminate against them. Overall, athletes should act like role models who compete responsibly and practice good sportsmanship.

Rule 50 of the Olympic Charter highlights how the Olympic Games must protect and honor the neutrality of sports. It emphasizes that no religious, political, or racial propaganda may be allowed on any Olympic venues or sites. The Olympics focuses on an athletes’ performance, the actual sport, and creating international unity.

Athletes may express their views on certain platforms. For example, they can express their opinions on any traditional or digital media platform. They may also express opinions at team meetings or during interviews and press conferences. However, athletes should keep in mind that expressing their opinions and views differs from demonstrating and protesting. Athletes should not use any political gestures (kneeling or hand gestures). They should also not partake in showcasing any political messages such as armbands or signs. Overall, the Olympics wishes to keep the movement a neutral place to promote harmony through sports.

What is the goal of the International Olympic Committee (IOC)?

The IOC’s goal is to promote and help lead the Olympic Movement throughout the world. They promote and support good governance and ethics of sport, as well as fair play. They support and encourage the development of sports and sports competitions. They also aim to act against all forms of discrimination that may affect the Olympic Movement. The IOC  supports the inclusion of women in all levels of sports, thereby promoting the equality of men and women. Overall, the IOC promotes equality and fair play in the Olympic Movement and encourages a positive environment.

What are the athletes’ rights and responsibilities?

As athletes competing in the Olympics, they have certain rights and responsibilities. All athletes cannot be discriminated against based on race, religion, sex, sexual orientation, political opinions, disability, or any other status. Athletes also have the right to privacy to help protect their personal information. All athletes also have freedom of expression. Some responsibilities they have include upholding the values of the Olympic movement and following the guidelines of the Olympic Charter. They must also compete as clean athletes who partake in fair competition and respect the integrity of the game.

Are athletes allowed to express their views during the Olympics?

Athletes are free to express their opinions and views through digital or traditional media. They may also speak out during interviews and press conferences. However, athletes must honor the Olympic Charter and thereby not partake in any demonstrations or protests. This rule also applies to any team members, officials, and coaches. The IOC strives to keep the Olympic Games focused on the sports and athletes’ performances, and celebrate the Olympic movement.

How does an athlete earn medals?

Olympic athletes are awarded medals to the successful competitors in each respective sport. The classes of medals are gold, silver, and bronze. The gold medal is given to the athlete who comes in first. The silver medal is awarded to the runner-up, and the bronze medal is awarded to the athlete in third place. Some athletes who earn medals may also earn monetary compensation from the countries they are representing.

Pages Related to What are the rules of Olympics?