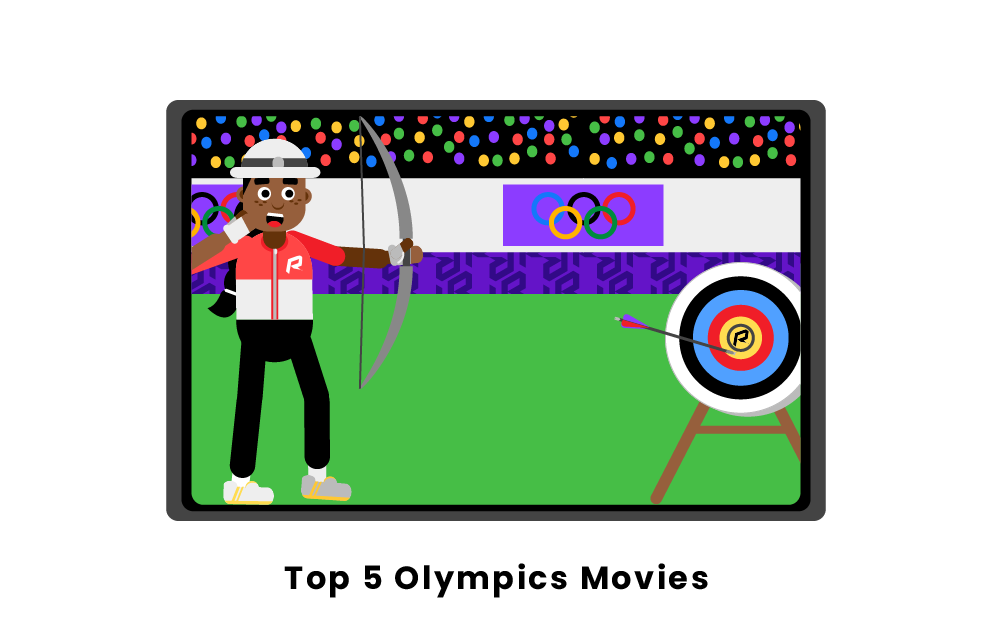 What are the most popular Olympics movies?

Foxcatcher is one of the greatest sports crime films based on real events. It tells the rather dark and relatively obscure story of brothers Mark and Dave Shultz, Olympic gold medalists in the sport of wrestling, following the brothers' journeys as they are recruited by odd-ball coach John Du Pont who aimed to bring triumph and success to the U.S. at the 1988 Olympics through means of enlisting them on his wrestling team. Du Pont is consumed with the sport of wrestling, but was never skilled enough to compete himself. However, when he tries to vicariously succeed through the brothers, things turn bad fast. The film encompasses themes that go far beyond just personal growth and reaching goals into more narrow motifs such as drive, motivation, sibling rivalry, socioeconomic status, and competition.

Foxcatcher delves into the indefinable and quite ambiguous American ideal that maintains that, as long as there is opportunity, if we work hard enough we have the potential to reach our greatest dreams.

2. One Day in September

One Day in September, through skillfully blending archival news footage with modern dialogues, brings a momentous, sorrowful event in sports history to life again while also providing a current outlook on those happenings. The film aims to portray the many reasons why the death of 11 Israeli athletes and coaches during the 1972 Olympic games was so significant and such a devastation to the world as well as to explain exactly how the calamity occurred.

One Day in September exemplifies the disruption of the Olympics by the attack, who successfully deprived the games and athletes alike of nonviolent competition and universal kindness. It effectively demonstrates the great effect of terrorism on the Olympic games, through chronicling one of the most most impactful events in sports history.

Olympia is a two-part, Nazi German produced propoganda sports film chronicling the 1936 Summer Olympics, held in the Berlin Olympic Stadium, with aims of demonstrating the superiority of German athletes as well as the nation as a whole. While the film's central goal was to essentially be an advertisement for Germany, it captivated audiences through documenting the victory of legendary sprinter, Jesse Owens, as well as several other significant happenings at the events making it one of the most important documentaries in history to-date.

Not only did it capture these momentous events in sports history, but the film, directed by Leni Riefenstahl, marks a turning point in documentary cinema. Riefenstahl, through innovative, cutting-edge shots that emphasized the emotion surrounding the games as well as the extreme athletic feats of the participants, effectively laid the groundwork for the sports documentary world today.

Downhill Racer is a film important to understanding the differences that exist between team and individual sports. Champions do not become champions without taking drastic measures. They are not average, and often have to cut out other aspects of their lives to become the best and reach success. This film chronicles the story of a member of the U.S. skiing team, David Chappellet, played by Robert Redford who demonstrates these characteristics entirely. Chappellet is eccentric, a rather removed and reserved person who finds it difficult to communicate with others, love freely, and even experience emotions. The one thing, however, that he is confident in is his passion for skiing and love for winning.

This film is also a must see if you want to learn about the techniques utilized by downhill racers as it does a better job than most at explaining the technical facet of the sport.

Miracle is one of the few optimistic, rags to riches sports films that truly stands the test of time. The film details the U.S. men's hockey team, led by coach Herb Brooks, and their journey to gold-medal success against the team's fiercest rival, The Soviet Union, at the 1980 Winter Olympics despite all of the odds being heavily stacked against them. Brooks brings a distinctive and aggressive coaching method to the ice, compiling a team of temperamental college all-stars. It successfully captures the strong relationships and sense of family among the team members as well as the unique traits and personas of the players, distinguishing it from other sports movies that often fail to do so.

Whether you are in need of a source of personal inspiration or seek to motivate your team, this film will leave you with a strong sense of purpose and drive.