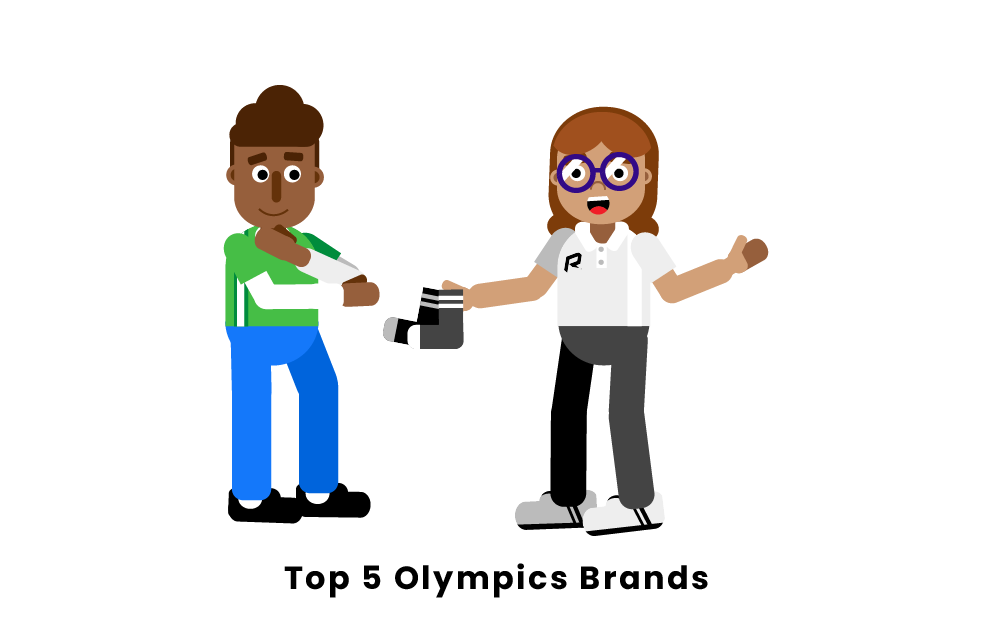 What are the most popular Olympics brands?

Nike is a highly most popular sports brand and the brand can be seen on many Olympics athletes who are competing. Usually, athletes can be seen in Nike clothing wear or shoes. During the 2016 Olympics in Rio, Nike had “won” the Olympics as the majority of the U.S. winners were seen wearing Nike apparel. Nike sponsored 44 athletes, and they were either individually sponsored or their teams were sponsored by Nike. An example of their exposure would be from the U.S. men and women’s basketball teams who won gold with almost everyone playing wearing Nike. Nike has asserted itself as one of the most well-known sports brands in the world and continues to do so through the Olympics.

Adidas is another popular sports brand for Olympic athletes. They are known for their apparel and shoe styles such as the NMDs, Ultra Boosts, and collaborations with Pharrell and Kanye West. During the 2016 Rio Olympics in Rio, Adidas had 4 U.S. sponsored athletes who won gold medals. The German Olympic soccer team was also seen wearing Adidas when they won their silver medal. Lastly, another popular team Adidas sponsored was the British Gymnastics team, who won many medals in gold. Adidas is an established sports brand and can be seen on many Olympic athletes.

Puma is a world-renowned sports brand that specializes in casual and athletic footwear and apparel. During the 2016 Olympics in Rio, millions of people watched as Usain Bolt won the 100 meter final and received a gold medal in his Puma jersey. This was a big victory for Puma, as he outpaced Justin Gatlin, the runner wearing Nike. The Olympics is a way to help drive sales and spike interests from customers, and Puma counts on their athletes to help them achieve their goals. Puma continues to sponsor athletes for the Olympics.

Under Armour is a well-known sports brand that many Olympic athletes dress in. They are known for their footwear and sports apparel. During the 2016 Rio Olympics, 9 gold medals were won by U.S. athletes that were sponsored by Under Armour, and 5 of those medals were won by Michael Phelps. They were the official sponsor for the U.S. Men and Women’s Gymnastics team in 2016. Under Armour also sponsors the U.S. Olympic boxing team. The Olympics were a major way for the sports brand to grow and gain exposure for themselves.

New Balance is one of the major sports footwear and apparel brands that sponsor Olympic athletes. New Balance is well known for running shoes and are said to help support their athletes on and off the track. During the 2016 Olympics in Rio, New Balance sponsored the teams of Chile and Ireland. Not only that, but New Balance also sponsors Sydney McLaughlin, a U.S. track and field athlete who was the youngest to compete in the 2016 Olympics after 44 years. Promoting the brand during the Olympics helps the company increase exposure and sales.