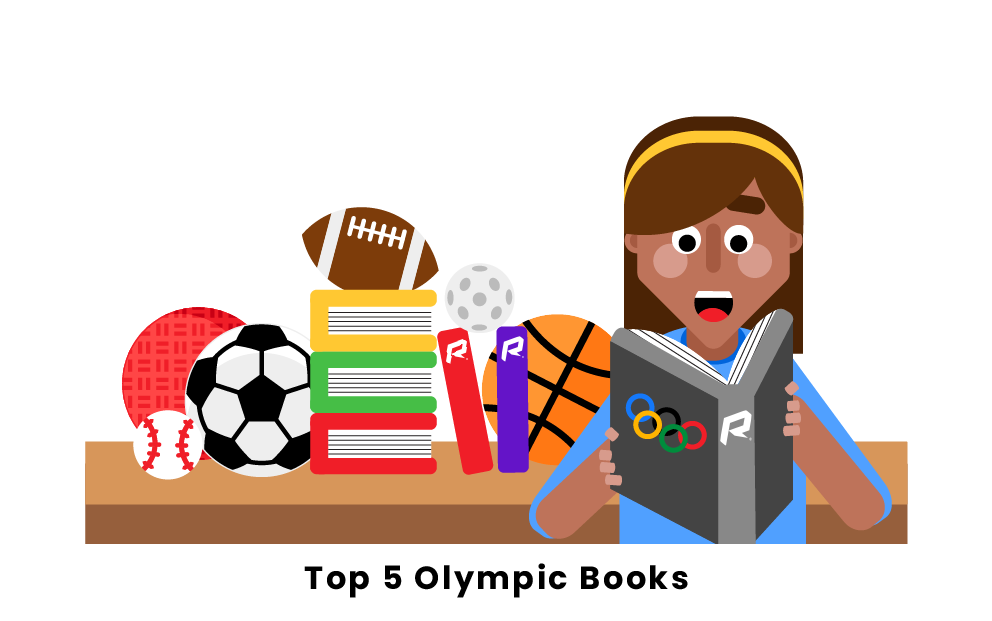 What are the most popular Olympics books?

1. Not the Triumph but the Struggle

Not the Triumph but the Struggle: the 1968 Olympics and the Making of the Black Athlete by Amy Bass dives into the history of black athletes with the focal point at the 1968 Olympic Games. Tommie Smith and John Carlos, two American black athletes, raised their black-gloved fists on the Olympic podium to bring light to current racial politics happening in America. Bass shows the complex ties between sport and race through organizations like the Olympic Project for Human Rights and deeply analyzes perceptions of black physical abilities. This is an eye-opening and emotional read that highlights the struggles faced by these elite black athletes and racial injustices still present in our country today.

2. Fire on the Track

This inspiring book details the story of Betty Robinson, an Olympic track star in the 1928 Olympic Games. This historic gold medal win for Robinson was not too long after the passing of the 19th amendment and she was at the peak of her career. After a nearly fatal plane crash that left Betty learning how to walk again, she was eager to come back and continue her role as the first female Olympic champion in her sport. Read her incredible story and Betty’s journey back to the 1936 Olympic Games as she paved the way for other female athletes!

3. The Boys of Winter

This famous story about the 1980 U.S. Olympic Hockey team that took home the gold medal against the dominant Soviet Union is one of the greatest sports stories in the 20th century. This hard-working American team, composed of mostly college aged players, shocked the world with their gold medal win in Lake Placid, NY. Coffey provides ample detail about not only the game itself, but the making of that incredible Olympic run and where the Boys of Winter are today. If you loved the movie Miracle, this book is for you. Read about this historic and inspiring Olympic story!

“The Miracle on Ice” is one of the most remembered moments in Olympics history. The tale of the 1980 US Men's Olympic Hockey Team is likely one of the most incredible underdog stories ever, which had an impact beyond the United States and the world of sports. The Boys of Winter by Wayne Coffey tells that incredible story while analyzing said impact, still felt over 40 years later. In addition, it provides a deep look into coach Herb Brooks' personality, philosophy, and unconventional methods, which transformed a team full of inexperienced young athletes into Olympic champions. The Boys of Winter brings lessons that go beyond sports, and is a truly incredible story.

This moving story details the untold journeys of poverty-stricken children from Maui that prevailed to become Olympic swimmers. Soichi Sakamoto, a school teacher from Maui, trained a group of impoverished plantation children to become world-class swimmers. They trained in dirty irrigation ditches on their island. Despite their circumstances, these Maui children shocked the world and became international stars in the late 1930s and 1940s. These swimmers faced constant obstacles on their journey to Olympic success, but continued to push through fearlessly. The perseverance of these swimmers will inspire readers to not let anything stand in the way of their dreams!

This popular book tells of the U.S. rowing team’s quest for gold at Hitler’s 1936 Berlin Olympics. This American team was full of blue-collared rowers from the West that were overlooked by international opponents. Readers tend to love the story of teenage rower Joe Rantz, that encompasses the role of a team player despite his unfortunate circumstances. This book highlights the necessity of trust, commitment and optimism on a successful team. This is an incredible story of nine American boys that shocked the world by pure dedication to each other and their desire for a gold medal!

Triumph: The Untold Story of Jesse Owens and Hitler's Olympics

Jesse Owens is one of the most important and celebrated athletes not only in the history of the Olympics, but of sports. Owens was an african-american athlete that participated in the 1936 Olympics, winning four medals in track and field events. The Games were held in Berlin, and known as "Hitler's Olympics," an event where the German Fuhrer wanted to prove the superiority of the Aryan race. Owens' success disproved Hitler's race theory, and thus he became the man known to defy Hitler himself. Triumph, by Jeremy Schaap tells the story of a man who transcends sports, a troubled time, and the glory he achieved in Berlin, despite the difficult circumstances. It is a must-read for those who like history and sports.

How To Watch The Olympics

Since the 2012 Games in London, How To Watch The Olympics has been a guide to those who are experiencing the Olympic games in any way. It is impossible to know the rules, history, and important figures in all of the more than 30 sports featured in the Olympic Games. Thankfully, this book by David Goldblatt, Johnny Acton, and Paul Simpson brings all the information mentioned above and much more. It is truly the ultimate guide to watching the Olympic events, and above all, enjoying them. If you are just curious about an Olympic sport, or planning to spend all of your free time watching the Olympics, this is the book for you.

Sports are not immune to global and political events. The 1980 Moscow Olympics are proof of that. Boycott: Stolen Dreams of the 1980 Moscow Olympic Games tells the reasons and developments of the American decision to boycott the games that were to be held in the Soviet Union, the USA's geopolitical antagonist at the time. While the book dives deep into the politics behind the decision, and the story of the American athletes who did not have the chance to fulfill their dreams due to political differences. The American boycott is still a very polarizing subject to this day (the USSR boycotted the 1984 Games held in Los Angeles), and this book by Tom and Jerry Caraccioli gives the reader a good point of view to the whole situation and political climate at the time.

The story of the Olympic Games and the Olympic movement is inevitably connected to the story of the world and society itself. The Games tells that story, of the Olympics and of the world itself, since the first modern Games in Athens in 1896. As the title indicates, the Olympics are truly global, and the author visits many countries and cultures, and their connection to the games through sport-related anecdotes. If you want to read about legends like Usain Bolt, Nadia Comaneci, and Mark Spitz, or the boycotts of 1980 and 1984, and understand how the Olympics became the huge, global event they are today, Goldblatt's book is the perfect choice.