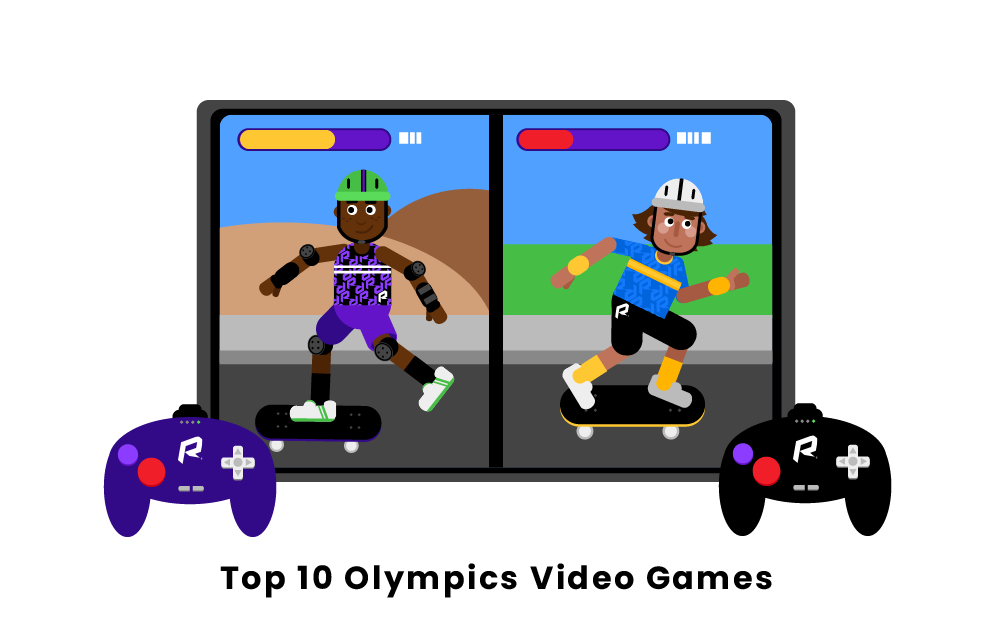 What are the most popular Olympics video games?

1. Mario & Sonic at the Olympic Games

One of the most incredible Olympic games of all time, Mario and Sonic at the Olympic Games is a classic even though it was released only around a decade ago. Released in 2008, this game developed by Sega Japan and Sega sports combines the worlds of Sonic and Mario for the first time in history. This game was also the first game to be released for the 2008 Olympics in Beijing and brings together the best characters from both franchises. Some of the events include swimming, archery, track and field, fencing, Gymnastics, Rowing, and shooting amongst many others.

This is a well made game that is rich in events and content to keep the player entertained for ages.

Track and Field is a classic video game that not only was an amazing release, but was the game that built the world's largest game tournament of all time. Released in 1983 by the Japanese game publisher Konami, this game featured games that were more realistic than other arcade games at the time. This included aspects such as button combinations and complex movement.

This game built a significant following and deserves to be considered one of the best Olympic Games video games of all time because it spurred the biggest video game tournament of all time, clocking in more than one million players in the United States alone!

Daley Thompson's Decathlon was not only based on an incredible Olympic athlete, but it is considered one of the most popular Olympic video games of all time. This 8-bit game featured ten track events and was addicting for people familiar with the feature. Released in 1984, it was only available on the Amstrad, Sinclair Spectrum, and the Commodore.

Due to its popularity during its release, it has been re-released for IOS and Android, bringing back the nostalgia from the 1984 classic. Not only is this a classic game based on a real life Olympic athlete, but it is fun to play, addicting, and simple. Anyone can enjoy themselves playing this incredible title.

While this game was not extremely popular among critics, the fans of Vancouver 2010 seem to enjoy the gameplay and playability. Released in 2010 by Sega, this was the official game of the Vancouver Olympics. The game features 14 sports in which you compete for gold. They include many different sports, but left out key winter sports such as biathlon and curling.

Despite this, the game is incredibly popular amongst players because of the smooth gameplay and decent graphics. It also features split screen playing for up to four friends to play at the same time. Vancouver 2010 deserves a spot on the list due to its playability and popularity in the gaming community.

Team USA Basketball is another classic game based on the 1992 games in Barcelona, Spain. This game, released by Electronic Arts and playable on the Sega Mega Drive, features playability for up to two competitors at a time. It was one of the first to feature other team's basketball organizations and not only United States city teams.

This game features many countries such as Angola, Canada, China, and many others. While there was significant controversy for the countries picked for the game, it remains a classic to this day, with many people enjoying it to this day.

This classic Olympics game was released in 1994, and features the first video game to cover the winter Olympics. This game, released by U.S. Gold Ltd. and Tiertex Design Studios, features ten winter olympic sports including slalom, skiing, luge, and many others. Being the first official Winter Olympics game, it was widely popular amongst Game Boy, Genesis, and Super Nintendo players.

Winter Olympics: Lillehammer 94 was far ahead of its time, boasting ten sports in a time where generally, this was unheard of. The options for playing were incredible and created a classic game which deserves a spot on the best Olympic games of all time.

This title is the official game for the 1992 olympic games in Barcelona Spain. Not only is this an incredibly popular game, but was released by Sega for the Genesis game platform. Being the first officially licensed Olympic game was a great start for the game. Despite the small number of sports (seven), the game allowed for a lot of customization in the games and gameplay, allowing the players a lot of flexibility in their play style.

Olympic Gold: Barcelona '92 deserves a spot on the list because of the novelty and innovation that it brought at that time, and the fact that it continues to be played to this day by many.

London 2012 is and continues to be a staple for Olympic video games to this day. Most likely this game will be the most familiar due to its popularity peaking soon after its release in 2012. Released and Published by Sega, this title is playable on the PS3 and Xbox 360 amongst a few others. Boasting a total of 45 events, this game is filled with gameplay and different ways to play.

This game's mechanics are easy to understand and very smooth to play. This Summer Olympics game also includes the ability to play with multiple people and has graphics far above the ones included in this list. Not only is this game a classic for its own time, but it is a blast to play.

This one-off game was released in 2000, ahead of the upcoming 2000 Olympics in Sydney, Australia. This game features nineteen events that span the events in the track and field portion of the Summer Olympics and additionally includes four play styles. Not only are the graphics of this game incredible for the time, it features many different camera modes and options. Additionally, the game's mechanics are much more in depth. In the games previous to this title, the main objective is to mash buttons as fast as possible. This game introduced timing into the game mechanics.

This game, because of its depth of play, definitely deserves a spot on this list as one of the best Olympic Video games of all time.

The last game on this list, Mario and Sonic at the Rio 2016 Olympic Games, has a well deserved spot on the list. Not only was it the next game to feature both Mario and Sonic's classic crew, but the game was extremely popular and is to this day. Released in 2016 by Sega and Nintendo, it features gameplay up to four players.

This game takes advantage of newer gaming systems like the Wii, and despite its lack of depth, it is just an enjoyable game to play. The light heartedness of the game reminds us of the classic Mario and Sonic games. Because of its popularity and innovativeness, this game deserves a spot on the list as one of the best Olympic video games of all time.