How Does Scoring Work In The Olympics? 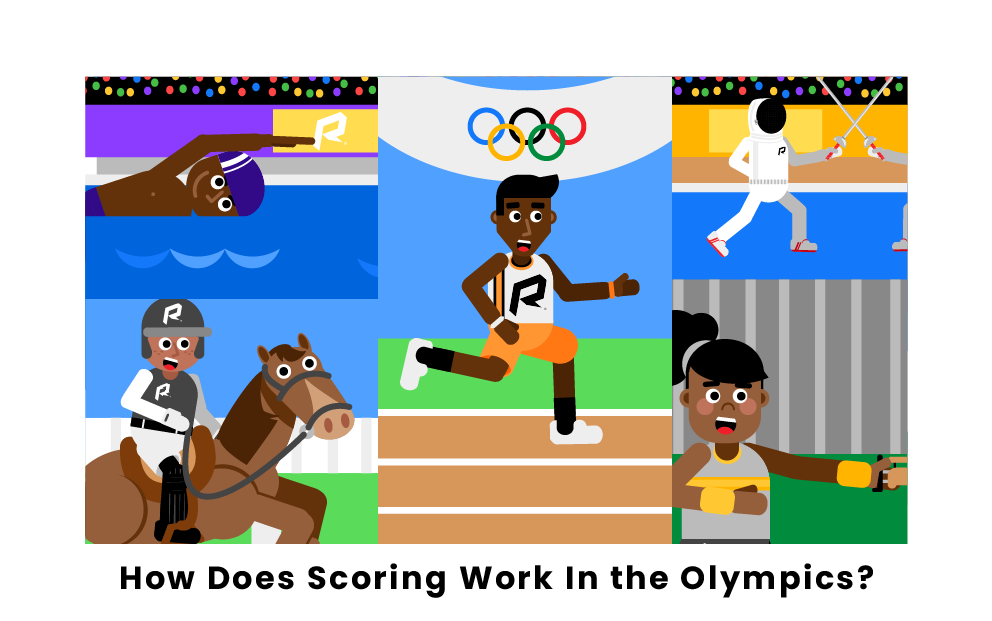 Every other year the Olympics are held and over 200 countries compete in over 300 events in the summer and 100 events in the winter. For each event there is a gold, silver, and bronze medal awarded to the top three teams or individual athletes. Every country has the opportunity to win as many medals as possible.

There is no official ranking system to determine a winner of the Olympics competition. However, each country is free to use their own method for ranking and reporting country performance.

There is an Olympic medal table which shows each country in order from most gold medals won to least gold medals won throughout the history of the Olympics. Two countries with the same amount of gold medals will break the tie by comparing silver medals. If this is the same, they will then look to bronze medals to break a tie. If they are still tied after this, they will remain tied and be ranked alphabetically. This method is not officially recognized by the IOC, International Olympic Committee, but it is what most countries and media outlets seem to agree upon for rankings.

There is still a lot of controversy over how to rank different countries' performances at the Olympics.

The issue with using the gold medal count as the standard for ranking countries is that for the most part, it disregards the other medals won. In most cases, this isn't an issue because the country with the most gold medals also has the most overall medals.

Since the gold medal system has some perceived flaws, some countries and media outlets choose to look at other ranking systems. The next most popular method, which is used frequently in the US, is total medal rankings. This system also has some issues because it gives the same weight to gold, silver, and bronze medals.

To combat this issue, there are weighted scoring models where gold is worth more than silver and bronze medals. Usually gold is worth three, silver is worth two, and bronze is worth one. Some systems choose to assign different weights. So it might be 4:2:1 or 5:3:1 for gold, silver, and bronze respectively.

The next major type of ranking system takes into account demographic variables. Since some countries are smaller, they send less athletes which usually leads to less medals. To deal with this difference, some people will determine the rankings by dividing a country's medal total by the country's population size or GDP.

In what years has the country with the most gold medals and the most total medals not matched?

Which athlete has the most Olympic medals?

Michael Phelps, a swimmer, has the most Olympic medals of any Olympic athlete with 28. The nearest competitor is gymnast Larisa Latynina, who has 18 Olympic medals. Phelps also leads with the most Olympic Gold medals (23) with Latyina behind him again with 9. Phelps is a USA Olympic swimmer who has competed in four Olympic games since he was 15. Latyina is a former Soviet Union gymnast who competed in three games between 1956 and 1964.

The modern Olympics didn't start until 1896. In this year, the winners received an olive wreath and a silver medal. It wasn't until 1904 that first, second, and third places received gold, silver, and bronze medals respectively. Since then, this trend has continued. The hosting country will design the medals to be given to the winners. The IOC has to approve the final design though.

Which countries have the most medals per capita?

When you rank the total medal counts of the countries based on the population size the results are substantially different. The most successful countries by these standards are Finland, Sweden, Hungary, Denmark, and the Bahamas. Norway comes into the top five when you consider only gold medals. This model makes it extremely difficult for largely populated countries to climb the ranks. For example, the US would need 15,000 more medals to reach Finland's medal per capita ranking.

Pages Related to How Does Scoring Work In The Olympics?