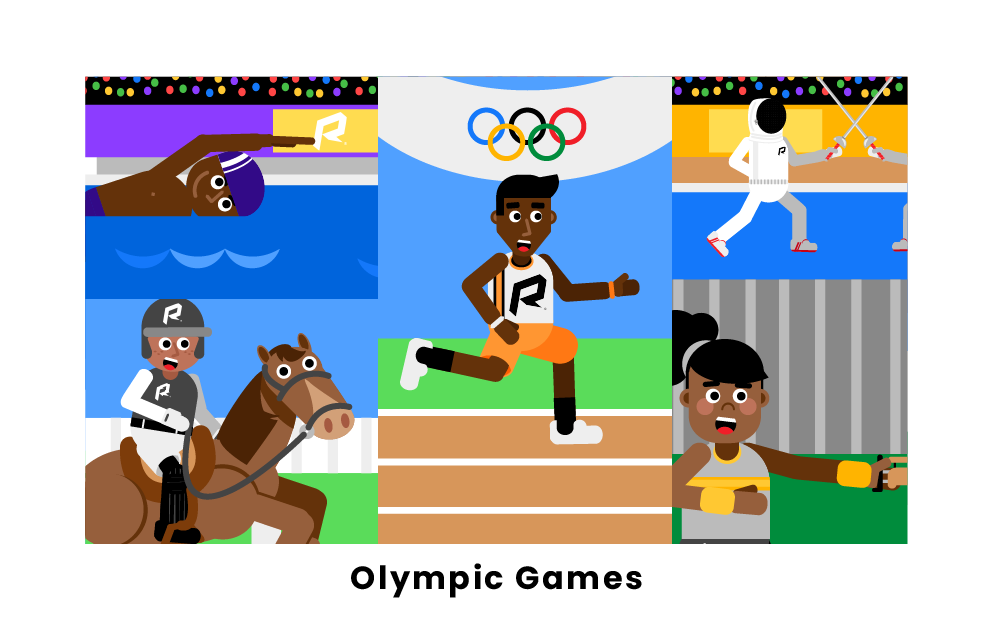 The modern olympic games started in 1896. Today they have grown to be massive international events featuring 31 sports, over 10,000 athletes and 207 countries. Popular events at the Olympics include running, swimming, gymnastics and cycling. The International Olympic Committee (IOC) is in charge of the worldwide event. The Olympics are divided into two main events that take place every four years, called the Summer Olympics and Winter Olympics. Every four years a different nation will host the games. There is a bidding process for how the host nation is decided. 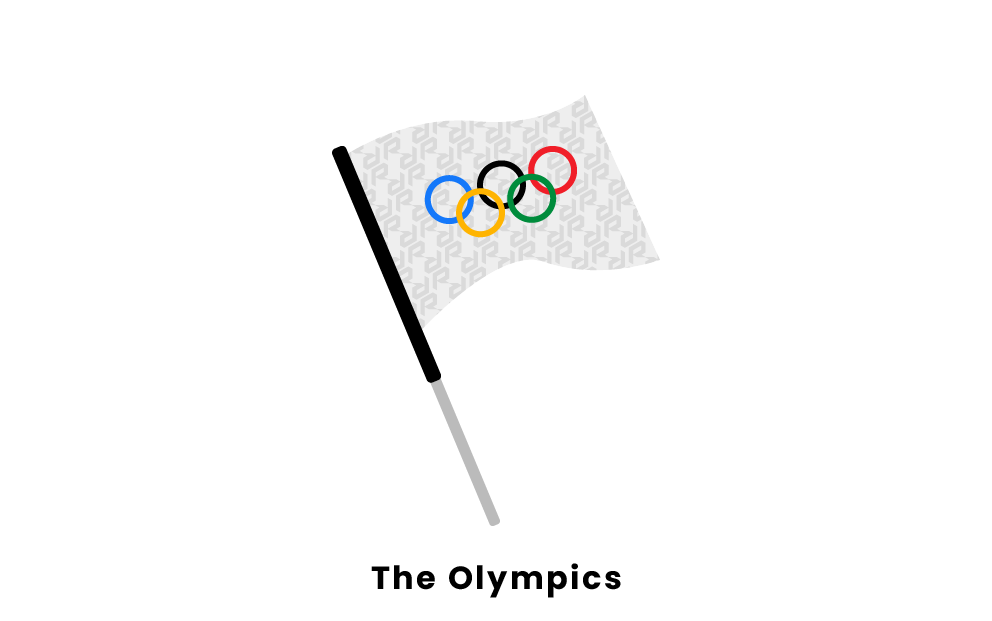 The Olympics are international sporting events that feature summer and winter competitions. They take place every four years, and thousands of athletes from all over the world participate in a variety of competitions. The games take place at a different location every two years. The ultimate goal of the Olympics is to cultivate people and world peace through sports. The games bring in athletes from over 200 countries, and it is watched by people all over the world. 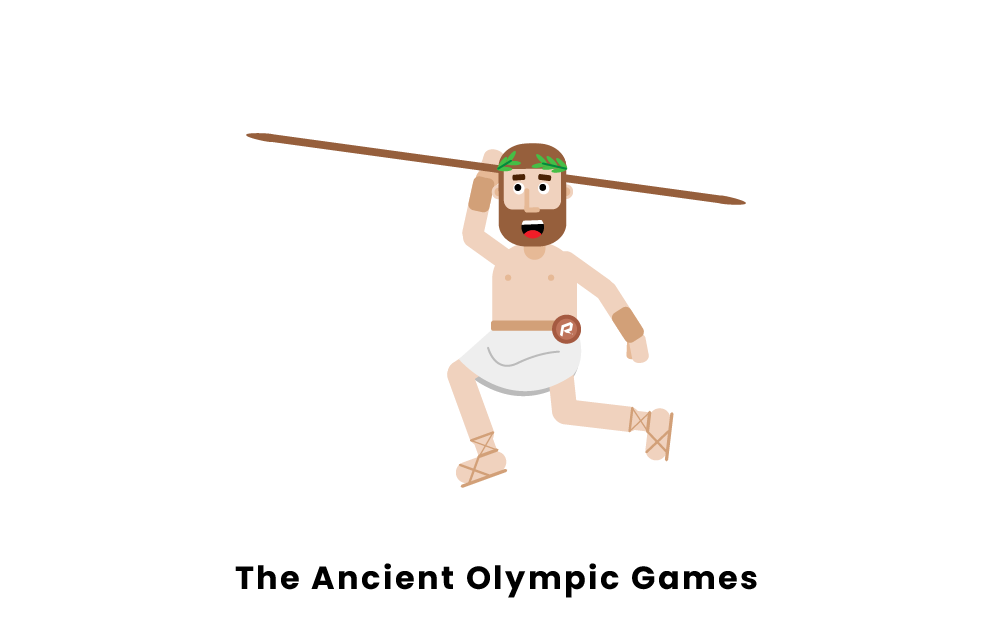 The Ancient Olympic Games were held over 2,800 years ago, and were also known as the "Olympiad." It took place in the Olympia Region of ancient Greece. For almost 12 centuries, the Olympics were the sporting, social, and cultural highlight of the Ancient Greek calendar. From 776 BC to at least 393 AD, the Olympics took place every four years in Greece, whether there were threats of invasion from other countries or not. The games were extremely different back then, as many athletes would often wind up dying while competing in certain events. 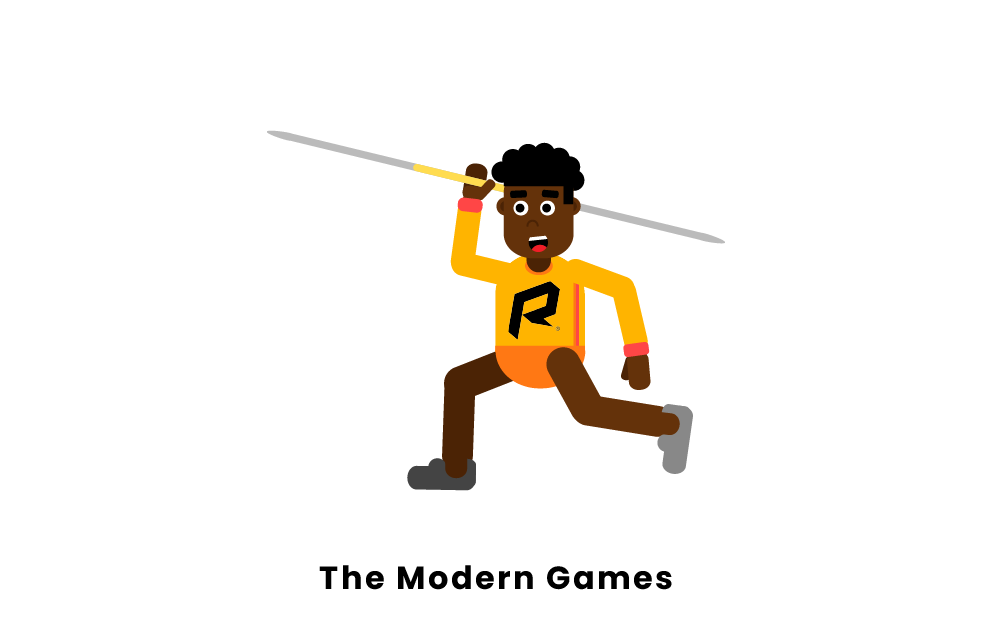 At around 396 AD, the Olympic games were hindered by numerous conflicts and came to an end. In around 1892, a French educator named Baron Pierre de Carbetin began the Olympic Revival movement. His idea to reinstate the games was presented to an audience at the international congress in Paris, where his proposal was unanimously approved. The first modern games were in Athens in 1896. Baron de Coubertin also created the five rings logo, which is made to create solidarity between the earth's five continents. Since the first modern games in Athens, the Olympics have become a worldwide phenomenon. 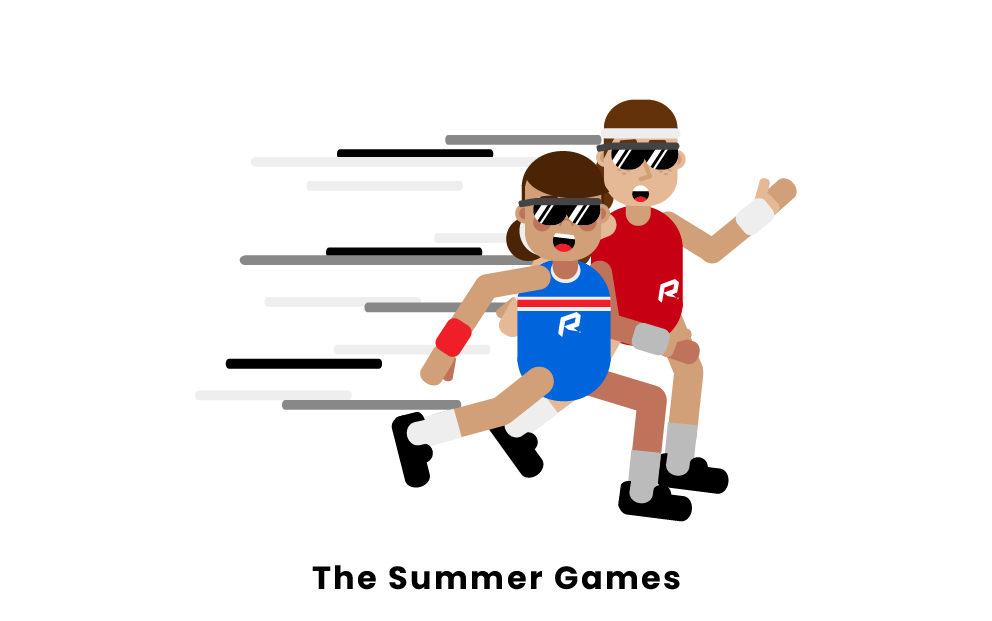 The Olympic Summer games take place every four years in the months of July and August. Ther Summer Games have been hosted on five continents by a total of 19 countries. Sports such as swimming, track and field, basketball, gymnastics, and more are among the most popular at the Summer Olympics. There have been 42 sports at one point or another that have been a part of the games. Recent popular summer game athletes include Michael Phelps (swimming), Simone Biles (gymnastics), and Usain Bolt (track). 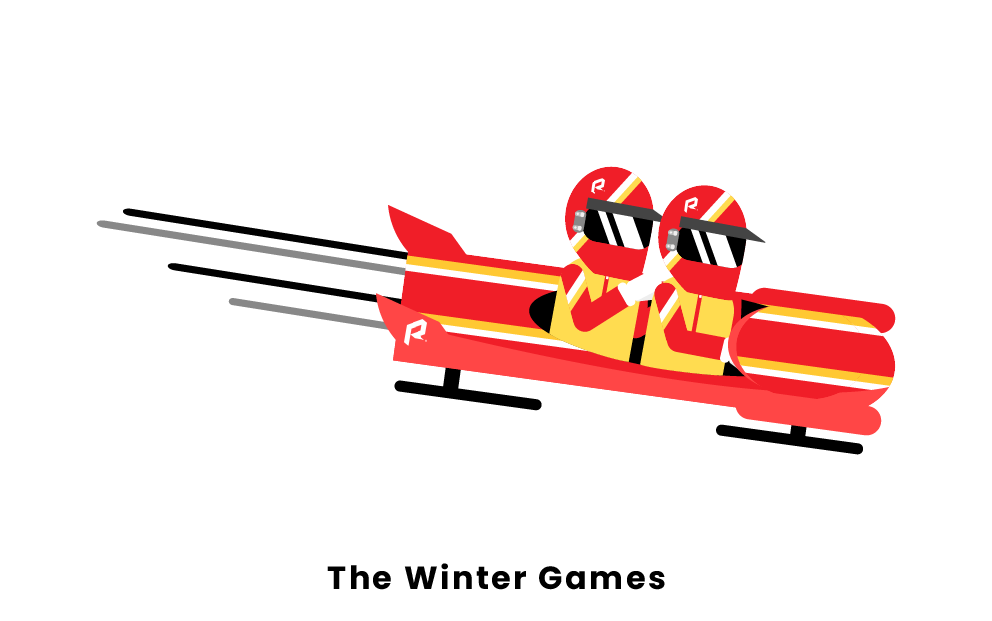 The Winter Games occur every four years in February. The first ever Winter Olympics took place in 1924 at Chamonix in the French Alps. It was referred to as the "International Winter Sports Week", and was a great success, leading the IOC to officially designate the second Winter Games in 1928. The Winter Games have been hosted on three continents by 12 different countries. No city in the southern hemisphere has ever placed a bid for the cold weather games. Sports such as hockey, skiing, bobsledding, and figure skating are among popular events that take place in the Winter Games. 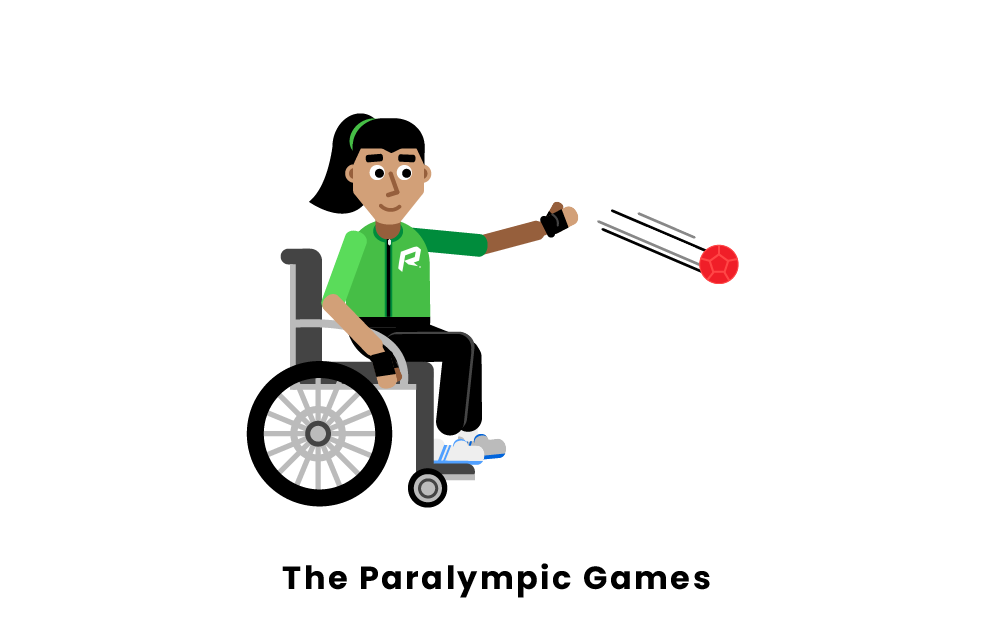 Olympic-style games for athletes were organised for the first time in Rome in 1960. More disability groups were added in 1976 for the Toronto games, the same year of the first Paralympic winter games in Sweden. Athletes with physical, mental, and sensory disabilities are eligible for the games, and they are held almost immediately following the respective Olympic Games. 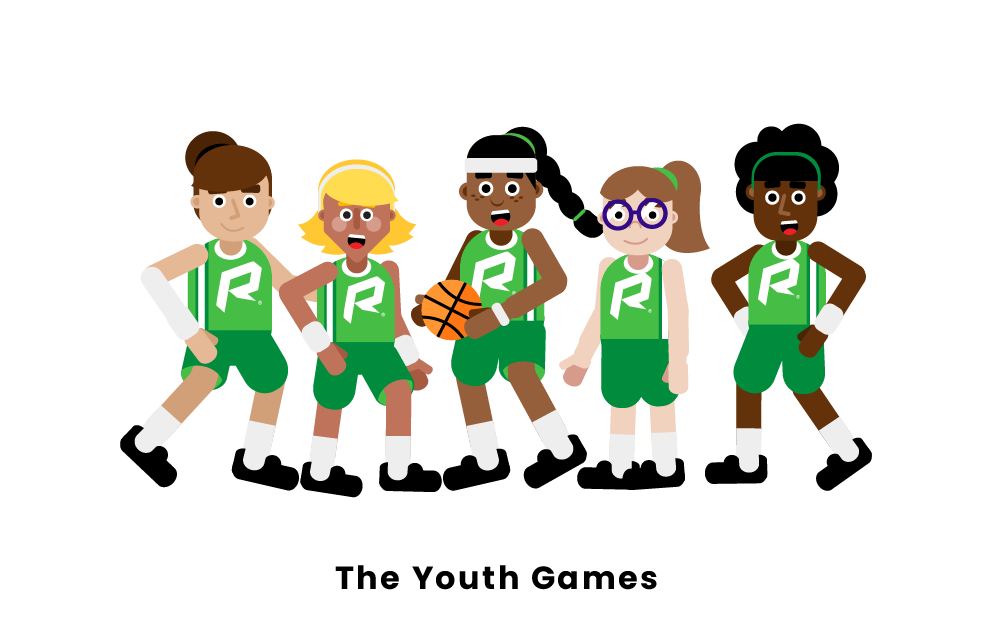 The Youth Olympics are a sporting event for young people all over the world that is organized by the International Olympic Committee. The first Youth Summer Olympic Games were held in 2010 at Singapore, and the Winter games debuted two years later in Austria. The Youth Games feature almost 2,000 athletes between the ages of 15 and 18 years old. The games are a great way to cast a global spotlight on the potential future Olympic stars. It is also a great opportunity to foster education of these young athletes and continue their athletic development.

The International Olympic Committee (IOC) is the leader of the Olympic Movement. They are responsible for organizing the games that are held and play a big role in finding host cities and settling other logistics for the games. Created on June 23 1894, the IOC acts as a catalyst for collaboration between all parties of the Olympic family. Their mission is to promote the Olympics throughout the world and ensure regular celebration of the Olympic Games. They are the people who are working behind the scenes that create some of the most exciting sporting events on the planet.

The Olympic Games have two ceremonies that open and close the Olympics. They are very exciting events with all athletes involved and taking part.

The Opening Ceremony at the Olympics attracts hundreds of millions TV viewers world wide, along with tens of thousands of spectators at the stadium. It is a majestic show where the host nation exhibits its culture, history, and achievements. Led by flag bearers, athletes of countries parade around the stadium. The most anticipated moment is the culmination of the torch relay. Fans discover which famous figure will light the Olympic torch, as it is something that is always kept a secret. The lighting of the torch marks the official beginning of the games.

Olympic medals are awarded to successful competitors at the games. The three classes of medal are gold, silver, and bronze. The gold medal is awarded to the winner of an event, while the silver is for second place, and bronze for third. The first time these medals were awarded was the 1904 Olympics in St. Louis. You will often see Olympians bite the gold medals that they win. It is based on the practice of biting into gold to test its purity. The United States have dominated the Summer games with over 1,000 gold medals and over 2,500 total medals.