What is Ice Cross Downhill? 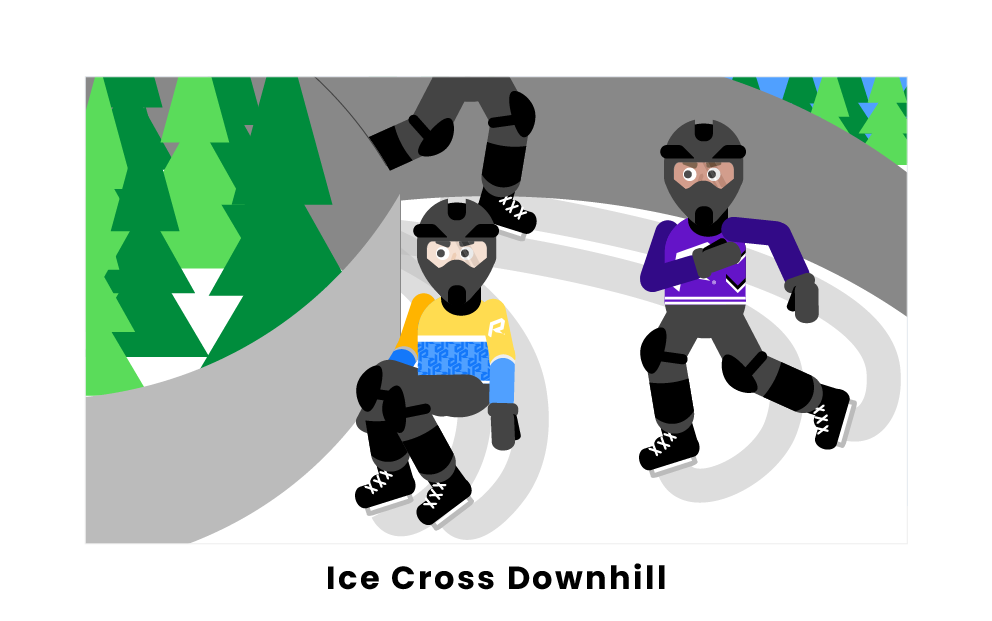 Ice cross downhill is a fast-paced extreme winter sport that was invented by Red Bull and was originally known as Red Bull Crashed Ice. In ice cross downhill, four athletes on ice skates race through a technically demanding ice track featuring jumps and tight turns. The tracks are short, and races are over in less than a minute. Contact between skaters is allowed, but it must be incidental rather than intentional.

Red Bull developed ice cross downhill in 2000; they held the first competition the following year in the fish market of Stockholm, Sweden. Jasper Felder won that competition, as well as several of the following Crashed Ice events, and became an early star in the sport. Since then the sport has grown significantly, and the name was officially changed to ice cross downhill with the founding of the ATSX, the governing body for all international competitions. The ATSX has member organizations in 14 countries and is working toward inclusion in the Olympics.

What is ice cross downhill?

Ice cross downhill is an extreme winter sport in which ice skaters race down a walled ice track featuring elevation changes, jumps, and sharp turns. The ice tracks range in length from 300 to 350 meters (985 to 1,150 feet). Ice cross downhill competitions typically take the form of a series of heats in which four skaters race through the track at the same time. Each skater races three separate times, and the competitor with the best average finish over three heats is declared the winner.

What are the biggest ice cross downhill competitions?

The biggest ice cross downhill competitions are the ATSX 1000 races, held twice annually as part of the Red Bull Ice Cross World Championship. Formerly known as Red Bull Crashed Ice, ATSX 1000 events are the most prestigious ice cross downhill races and have been known to bring in crowds as large as 100,000 spectators. The ATSX 1000 has two international companion race series, the ATX500 and the ATX250. These two series feature several races around the world each year and allow skaters to qualify for ATX1000 races.

What equipment do I need for ice cross downhill?

Ice cross downhill is a dangerous sport requiring a large amount of safety equipment, the most important of which is a helmet. Helmets must be full-face and are required to be worn at all times on the track. Other mandatory safety equipment is a chest guard, elbow pads, shoulder protection, shin protection, padded pants, and protective gloves. Skates are also required. The boots can be any style, but the blades cannot have points and the back edges must be covered with a guard.

Pages Related to What is Ice Cross Downhill?