What is Cliff Diving? 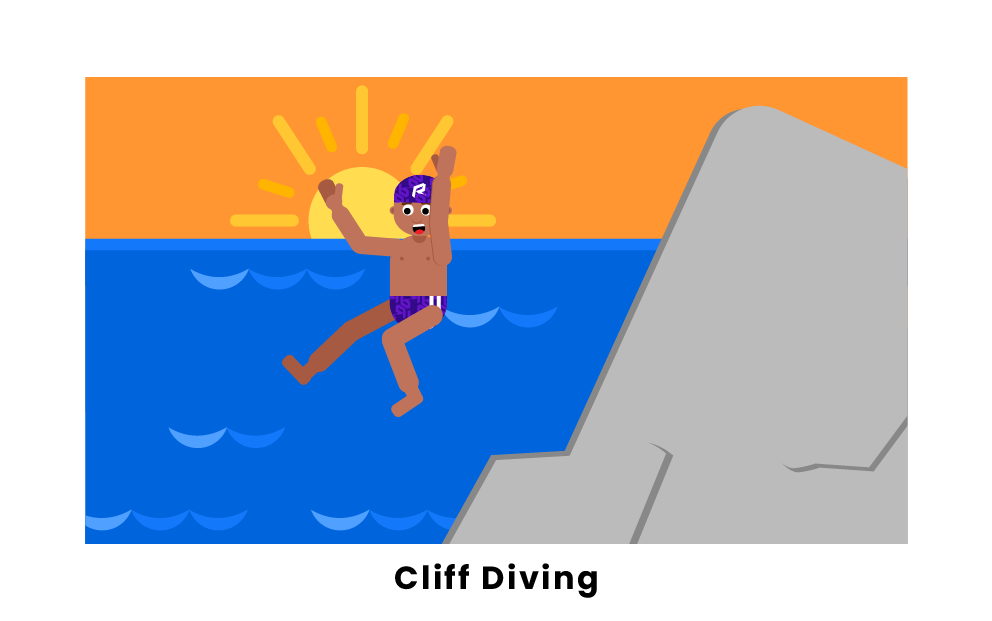 Cliff diving is a sport with very few rules but demands a lot of courage from participants. People who enjoy rushes of adrenaline will gravitate towards this sport. In order to participate in cliff diving, competitors jump off high cliffs into large bodies of water. In competitions, cliff divers will receive a score based on their take-off, positioning in the air, and entry into the water. The difficulty of a diver’s jump will be factored into their scoring. On an average jump, a diver will reach the water in three seconds and at a speed of 85 kilometers per hour. In addition, the divers will hit the water with a force that’s two to three times that of gravity. This sport has become globally popular because of the wide variety of cliffs that can be used for cliff jumping around the world. The Red Bull Cliff Diving World Series is the most popular cliff diving league to compete in.

What is cliff diving?

Cliff diving is a relatively unique and unorthodox sport. There are no pieces of equipment needed in order to participate in this sport. Participants simply jump off a high cliff into a large body of water. The height of a cliff dive will often be between 18 and 27 meters. In competition, participants are judged based on their take-off, positioning in the air, and entry into the water.

What is the largest cliff diving event in the world?

The largest cliff diving events in the world fall under the Red Bull Cliff Diving World Series. Each of these events will have 12 male and 12 female participants. Each season of the Red Bull Diving World Series features six events spanning between the months of June and September. The series takes place at multiple sites internationally in countries such as Australia, Norway, and the United States.

What are the most popular places to go cliff diving?

There are many breathtaking places throughout the world to go cliff diving. One of the most famous destinations within the United States is Laie Point, located in Hawaii. This cliff diving spot includes breathtaking views of the ocean alongside a rocky coast. Another popular cliff diving spot is located in Brontallo, Switzerland, and has scenic views of a village. Brontallo is home to the World High Diving Federation’s Cliff Diving Championship every July. The Mazatlanán cliff diving spot in Mexico is very famous for its picturesque views and shallow water depth, adding to the beauty and intensity of the jump.

Pages Related to What is Cliff Diving?