How Long Is A Netball Game? 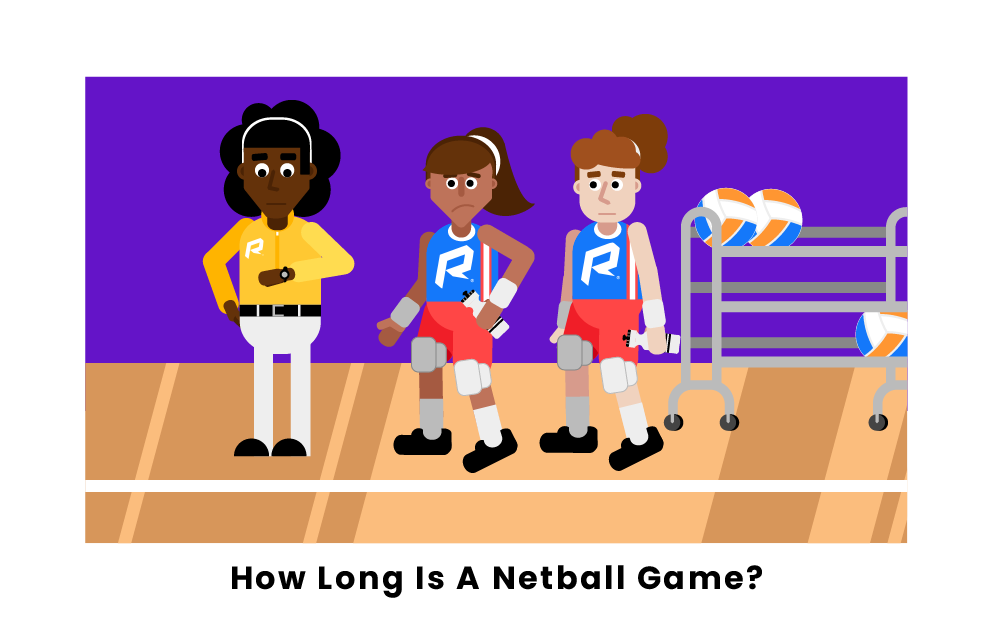 Netball is a sport that began as early as the 1890s and was inspired by the early stages of basketball. Throughout the years, the game has become very popular in numerous countries worldwide, and many versions of the sport have been created. Since netball is played at all age levels and in several different formats, the duration of a specific game can vary.

A standard netball game lasts for 60 minutes. The game is split up into four quarters, each lasting for 15 minutes. Throughout the competition, there are several break periods as well. After both the first and third quarters, there are break periods that last for three minutes. Additionally, between the second and third quarters, there is a halftime break that is five minutes long. Each team is allowed a two-minute injury timeout per quarter to accommodate for injuries.

Netball games can vary in duration and structure at lower levels of play based on the age group and the specific league and competition. For example, a junior netball league in New Zealand breaks players up into two groups, including those with 1-2 years of experience and those with 3-4 years of experience. In the year 1 and 2 group, the games are split into two halves that each last for ten minutes, with four players from each team on the court at a time. In the more experienced group, games are broken up into four quarters that each last for eight minutes, and each team has five players on the court.

Many youth leagues focus less on competition and more on building essential skills while having fun. In the All England Netball Association, female players from 9-11 years old can participate in High Five Netball, where they get a chance to rotate through all five positions on the court. These games are split into four quarters that each last for six minutes.

Indoor netball, also known as “action netball,” is a version of the sport that is played in several countries, including New Zealand, Australia, South Africa, and England. The duration of the game can vary but is often played in two halves, each lasting for 15 minutes with a three-minute halftime break, or four quarters each lasting for eight minutes with two-minute breaks in between.

Fastnet or FiveNet is another form of netball that is played with the objective of quicker games. Similar to regulation competitions, these games are broken up into four quarters, but each one only lasts for six minutes. Additionally, there are two-minute breaks between each quarter. When it comes to injuries, timeouts of only 30 seconds are permitted, along with one initial injury timeout of two minutes.

If the score is tied at the end of regulation, a netball game will enter an overtime period. Overtime consists of two periods, each lasting for seven minutes. If the score remains tied after 14 minutes have passed, the first team to lead the match by two points is declared the winner.

How long is a game of netball played for?

A game of netball can vary in duration based on the country, level of play, and game format. A typical netball contest will last for 60 minutes, broken up into four 15-minute quarters. In addition, there are two three-minute break periods after the first and third quarters, along with a halftime break period that lasts for five minutes. While this is the most common format of a netball game, there are several other types of games, including indoor netball, fastnet, and junior and youth competitions, each differing in duration.

How long is a junior netball game?

A junior netball game will generally be played in a shorter amount of time than a professional/regulation match. The duration of a junior netball match often differs based on the country and specific league the match is played in. A common format, as seen in many junior netball games in Australia, is four quarters that each last for eight minutes, with a two-minute break after each quarter.

Pages Related to How Long Is A Netball Game?