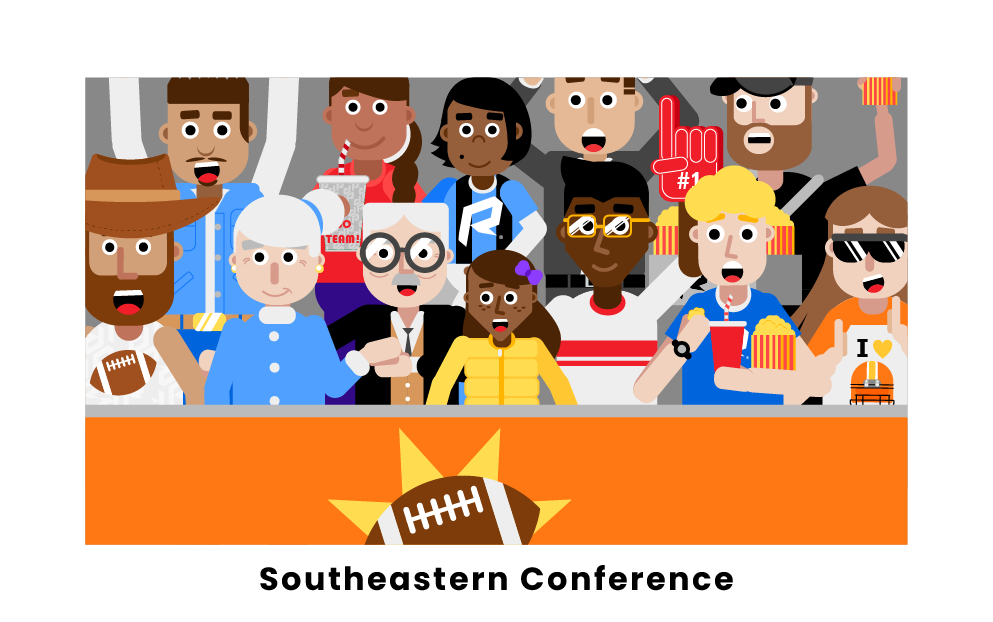 The Southeastern Conference (SEC) is one of the five most popular and competitive American college athletic conferences (known informally as the Power Five). Headquartered in Birmingham, Alabama, the conference is made up of fourteen colleges located in the Southeastern and South Central United States.

History of the SEC 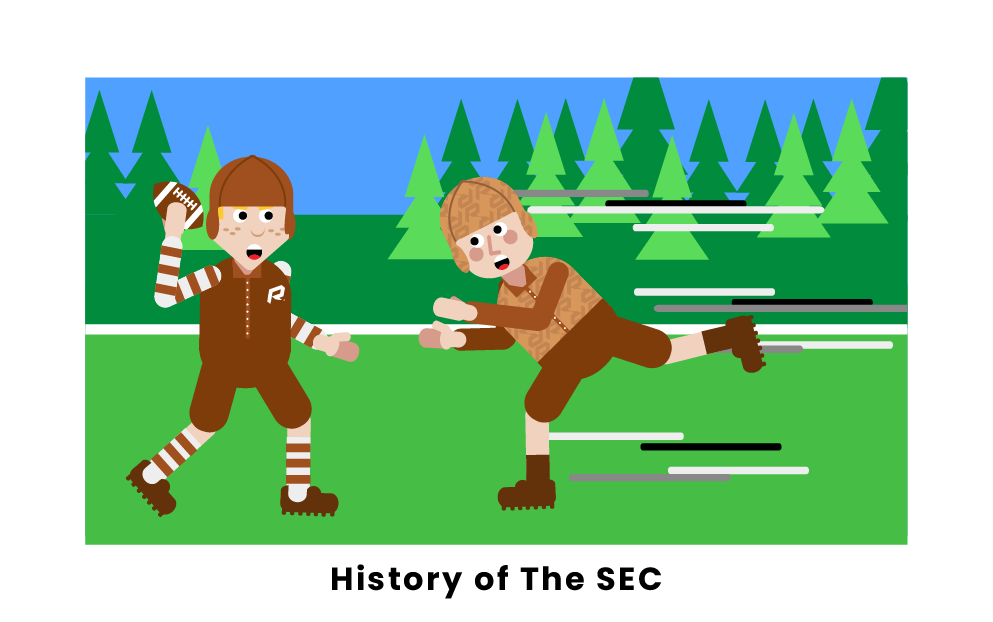 What schools are in the SEC? 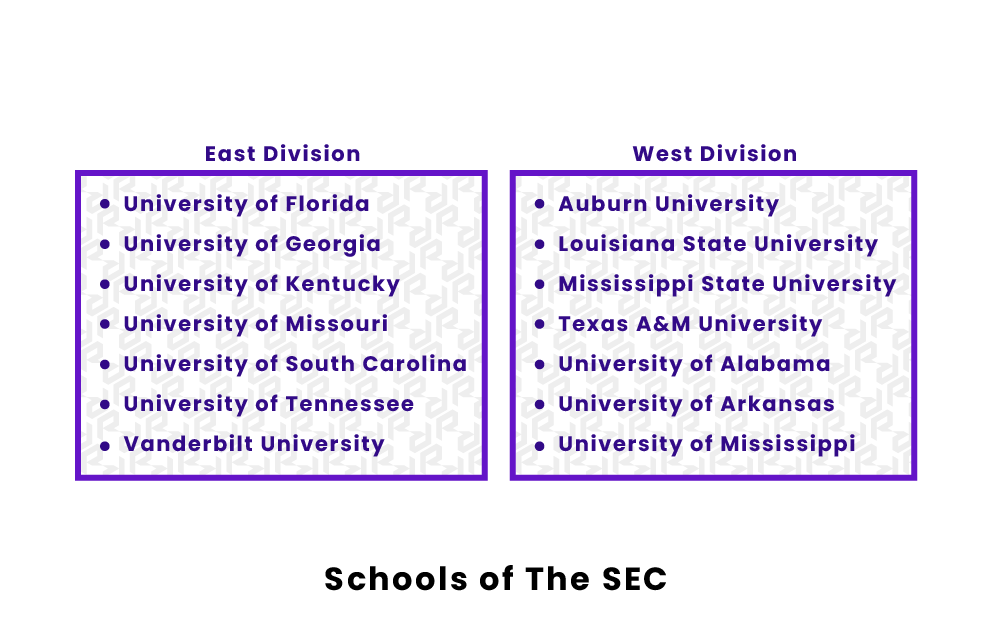 The SEC is made up of thirteen public universities and one private research university. Though they were a unified conference for the first six decades of their formation, the addition of the University of Arkansas and the University of South Carolina in 1991 marked a departure. According to a national bylaw, conferences with 12 or more teams are allowed to split into divisions and still play a championship game to finish the season. As such, the SEC was divided into an East Division and West Division. Since 2012, the East Division has been composed of Florida, Georgia, Kentucky, Missouri, South Carolina, Tennessee, and Vanderbilt while the West Division is made up of Alabama, Arkansas, Auburn, Louisiana State, Mississippi, Mississippi State, and Texas A&M. With the addition of the University of Oklahoma and the University of Texas set to happen in 2025, there is much speculation as to which program will join which division and if the current existing divisions will be wholly realigned to make room for the new teams.

The SEC and its schools participate in the National Collegiate Athletic Association (NCAA) Division 1 for all sports competitions and the Football Bowl Subdivision (FBS) for football specifically. The divisional structuring into East and West is only applied to the scheduling and standing structure of football, baseball, and women’s soccer teams, with the two football division winners competing against one another in the SEC Championship Game.

What is the SEC?

The Southeastern Conference (SEC) is one of the five most popular and competitive American college athletic conferences (known informally as the Power Five). Headquartered in Birmingham, Alabama, the conference competes as part of the National Collegiate Athletic Association (NCAA) and is made up of fourteen colleges located in the Southeastern and South Central United States.

How many teams are in the SEC?

There are currently 14 teams in the Southeastern Conference, and there will be 16 teams in the near future. Since its inception, Alabama, Auburn, Florida, Georgia, Kentucky, LSU, Mississippi, Mississippi State, Tennessee, and Vanderbilt have been members. The league added Arkansas and South Carolina in 1991 and Missouri and Texas A&M in 2012, and they will be formally adding the University of Oklahoma and the University of Texas for the 2025-2026 season.

What does SEC stand for?

The SEC stands for the Southeastern Conference. Collegiate sports in the United States are largely divided into regional jurisdictions that are usually based on the geographical locations of each participating college or university. Though most colleges in the South were at some point part of the Southern Intercollegiate Athletic Association (SIAA) or Southern Conference (SA), the highest competing universities in the southeastern region formed the SEC in 1933.