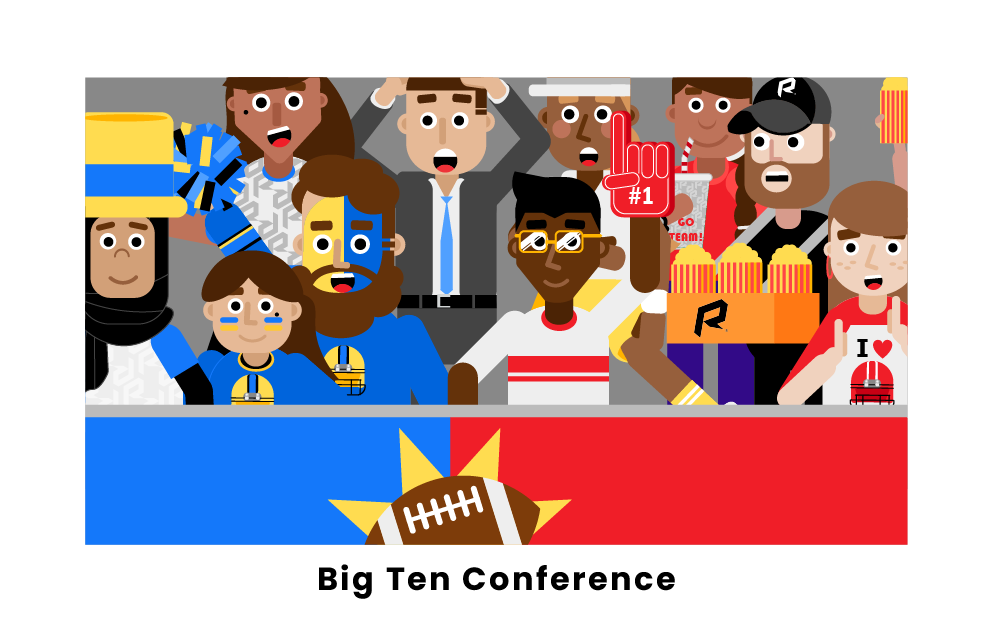 The Big Ten is known as one of the power five conferences in intercollegiate athletics. Some of the top athletic schools in the country, mainly in the midwest, compete in this conference. The Big Ten creates a structure of competition for programs in many sports supported by the NCAA, such as football, basketball, and golf.

History of The Big Ten 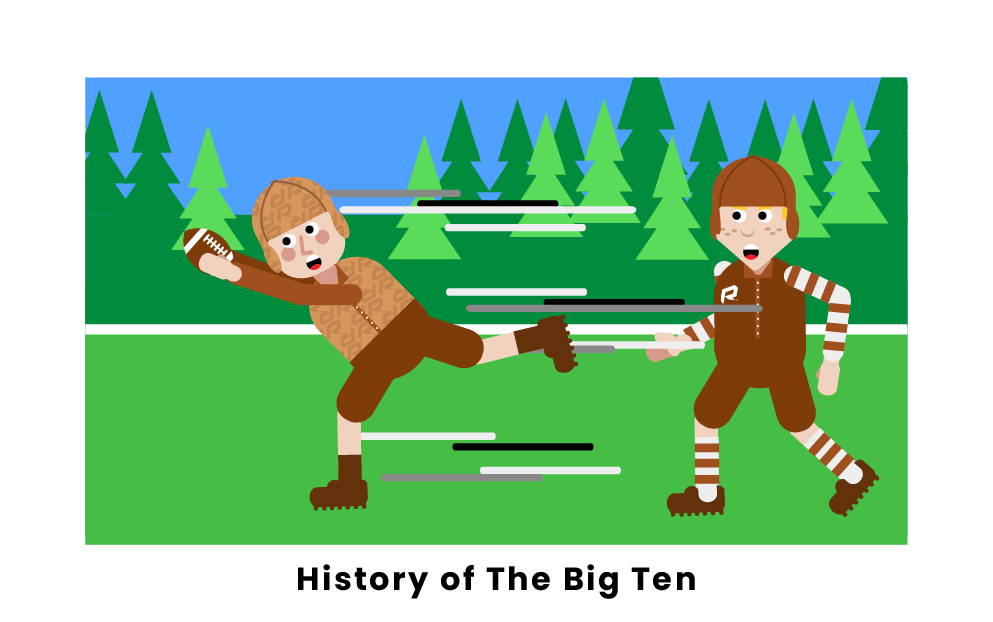 What schools are in the Big Ten? 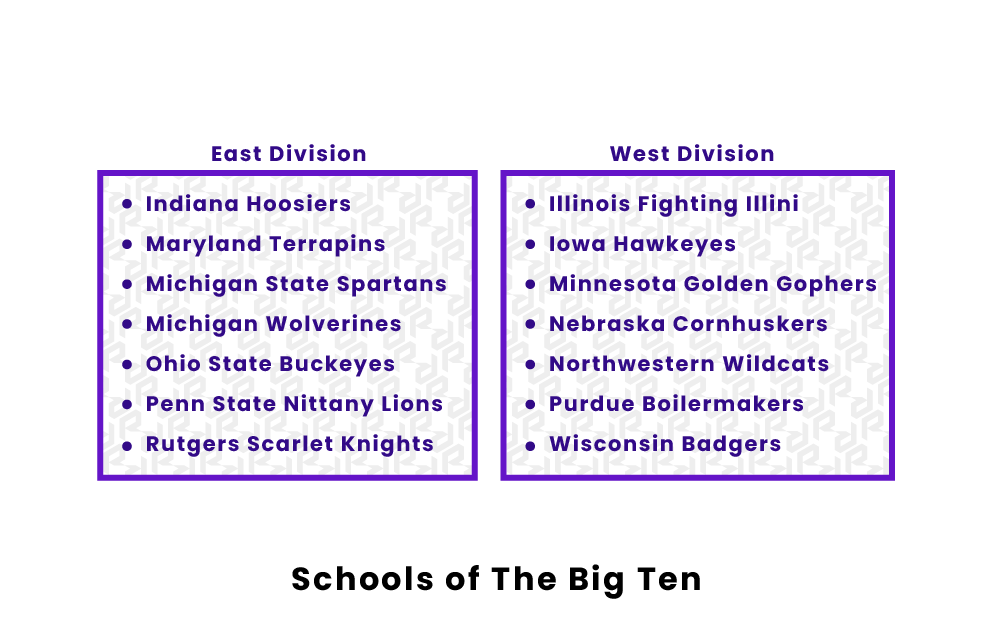 Although the name highlights the fact that the Big Ten conference long operated with ten teams, it has now had at least 11 competitors for the past 21 years. Today the Big Ten is a misnomer because the conference holds 14 teams. After being named the Big Ten in 1987, Pennsylvania State University joined soon after as the 11th team. The Conference operated without divisions until 2011, when the University of Nebraska joined. Since then, the conference has created two divisions. The east division features Indiana, Michigan State, Michigan, Ohio State, Penn State, and the newly added in 2014 University of Maryland and Rutgers University. Meanwhile, the west division consists of Illinois, Iowa, Minnesota, Nebraska, Northwestern, Purdue, and Wisconsin. These 14 main programs are what we know as the Big Ten today.

There are some partial programs that compete in individual Big Ten programs alone. John Hopkins competes in the Big Ten in lacrosse, while Notre Dame competes in the conference only in men’s ice hockey. The Big Ten creates a season schedule for teams in each sport. This allows each team in the conference to avoid independently scheduling every single one of their opponents. Once the season is over, the Big Ten often hosts some form of single-game championship or multi-game tournament to declare a conference champion. Doing this can help national NCAA competitions determine which teams are more deserving to compete for a National championship. Many sports give an automatic national tournament bid to the Big Ten champion.

What is the Big Ten?

How many teams are in the Big Ten?

Although it is named the Big Ten for having ten teams between the years 1912 to 1990, the conference has not operated with ten teams for over two decades. Currently, the Big Ten has 14 teams competing in two divisions of seven teams in some sports. The number of teams has changed a lot in the last decade. The University of Nebraska joined in 2011, and the University of Maryland and Rutgers University joined in 2014.

What sports do Big Ten teams participate in?