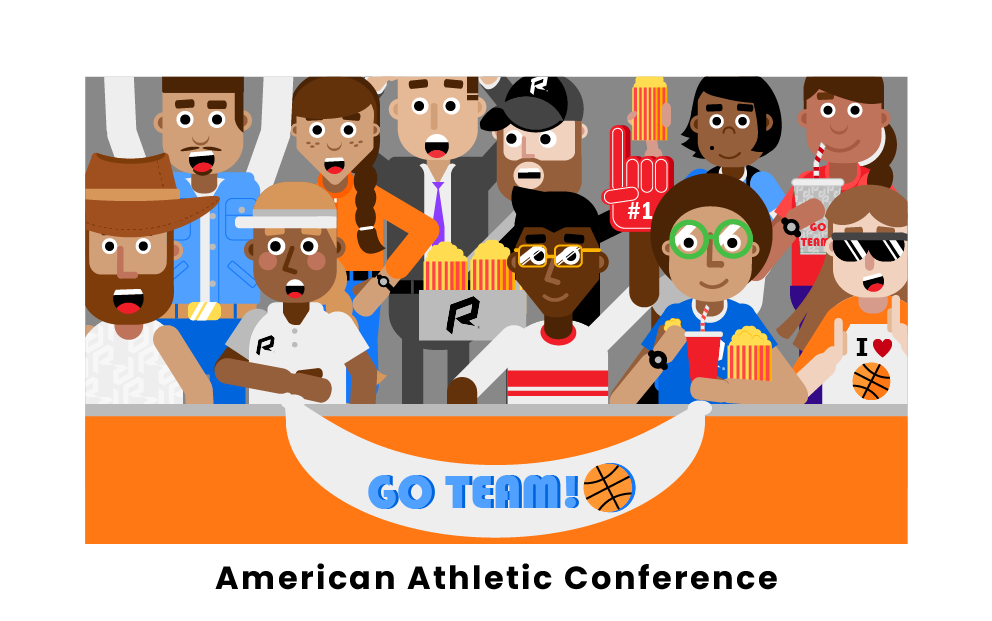 The American Athletic Conference (ACC) has a dramatic and decorated history. It is one of the NCAA’s largest and most successful conferences, having helped nurture exciting new talent and produce thrilling college sports content in football and basketball in particular.

History of The AAC

The Big East would become a basketball-focused conference, while the football schools who had left would rebrand as the AAC, keeping in place much of the Big East’s structure under new commissioner Mike Aresco.

What schools are in the AAC?

The American Athletic Conference is currently one of the largest and most successful leagues in the NCAA, as well as a member of the Group of 5. Since the conference’s creation, AAC teams have won four NCAA championships, six New Year’s Bowl titles, and 13 NCAA individual championships. With its renewed partnership with ESPN as of 2019, it is also one of the most televised and promoted NCAA conferences.

Many, but not all, of the original ten members have remained, with Rutgers and Louisville departing shortly after its creation. Its numbers have grown to 12 full-time members with five affiliates, with even more growth anticipated with the addition of six new teams as soon as 2023.

Today’s American Athletic Conference finds its full-time members from schools in the South, Midwest, Northeast, and the US Naval Academy. The Naval Academy plays for the AAC in football only, with Wichita State, a non-football school, also joining in 2017 to supplement their addition. Current Northeast school’s that play in the AAC include UConn and Temple University. From the Midwest, it has Cincinnati, the University of Tulsa, and Wichita State University. A majority of the AAC’s teams come from the South, including East Carolina University, Memphis, UCF, Houston, USF, SMU, and Tulane University.

What is the AAC?

The American Athletic Conference (AAC), also called the American, is a Division I-A member of the NCAA league, as well as a member of the Group of 5. It was created after football-playing schools left the Big East Conference in 2013. Today it is one of the largest and most successful conferences in organized college sports, with 11 prestigious schools as their full-time members and five affiliated members.

How many teams are in the AAC?

The AAC began with the 11 traditional members of the former Big East Conference, but it currently has 11 current full-time members and five affiliate members. By the 2023 or 2024 season, the league is set to introduce six new teams, making it one of the largest conferences in the NCAA. However, Cincinnati, Houston, and UCF will all be leaving to join the Big 12 in 2023, bringing the AAC’s expected total to 15.

Why is it called the AAC?

The American Athletic Conference, sometimes called the American, is a rebranded version of the former Big East Conference, which was named in 2013. American was chosen for the name for its aspirational and strong connotation, as well as its inclusiveness for teams across all parts of the country as opposed to the east only. The conference itself prefers to go by the American rather than the AAC in order to easily distinguish it from the ACC (Atlantic Coast Conference).