Why Do NASCAR Cars Not Have Fuel Gauges? 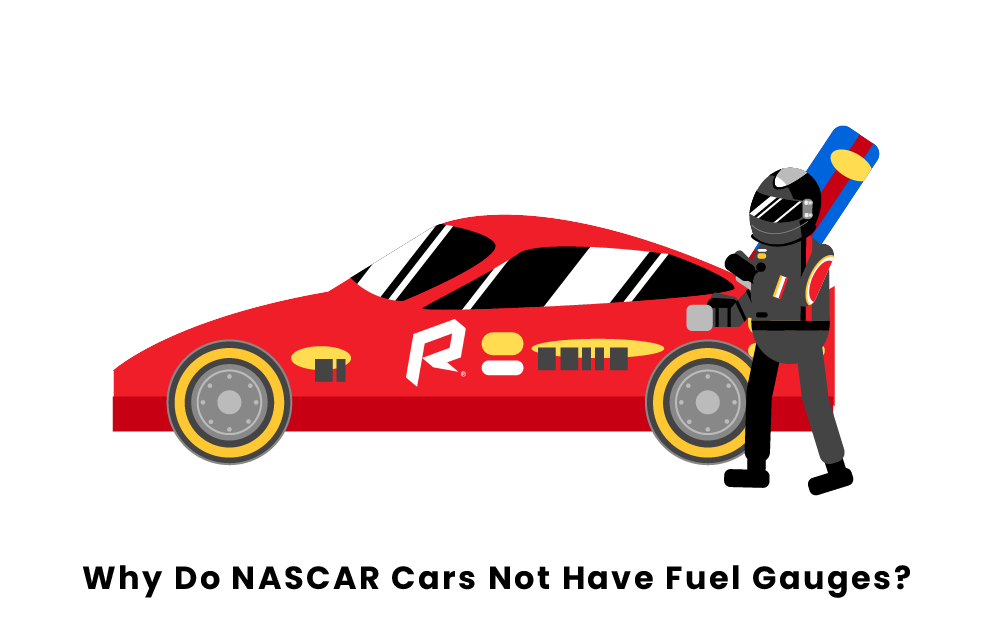 The race cars you see on your TV during a NASCAR race may have the nameplate of the same company as a car you would see on the street, but NASCAR cars are still very different from your daily driver. Many parts of a NASCAR car are specialized for racing, such as the headlights and brake lights, which are both just stickers. Keep reading to find out about one of the biggest differences between NASCAR cars and street cars: the fuel gauge.

Do NASCAR Cars Have Fuel Gauges?

One of the most surprising differences between NASCAR cars and everyday cars is that NASCAR race cars do not have fuel gauges.

Why Do NASCAR Cars Not Have Fuel Gauges?

NASCAR cars do not have fuel gauges because the rules do not permit them. Many factors led to this rule being made, but the main one is that with the steep angles and constant turns that a race track presents, the conditions prevent accurate fuel measurement.

Do Drivers Even Need a Fuel Gauge?

In addition to their impracticality, NASCAR drivers don't even need a fuel gauge in their cars. Their crew chiefs communicate the amount of fuel remaining, along with a host of other information, to the driver via two-way headset radios. NASCAR dashboards feature useful data about the car’s functioning, but remaining fuel is not shown, as a driver does not need constant access to that information. Drivers have to manage many different systems in their cars, all while traveling at high speeds for long periods of time, and the simplicity of their dash displays helps them accomplish this.

Would a Fuel Gauge Work?

A fuel gauge in a NASCAR race car would not be as useful as one might think. NASCAR race tracks have four angled turns that keep the car on an angle lots of the time. The car also bounces during races, which would make it hard to take an accurate fuel reading. The conditions of a NASCAR race make it impossible to measure fuel, so even if NASCAR allowed it, having a fuel gauge would not provide an advantage.

How Do Drivers Know When to Refuel?

Timing pit stops is key in NASCAR, as drivers do not want to waste any time or any fuel. When drivers fill up their tanks, they try to use every ounce of fuel that they can before they go back to the pit crew for more. Doing this without a fuel gauge may seem difficult, but it is part of strategy in NASCAR.

Crew chiefs make precise calculations based on past performance that allow them to estimate the amount of fuel left with greater precision than any fuel gauge. They communicate this information to their drivers, requesting fuel-saving measures if needed.

Do Drivers Ever Run Out of Fuel During a Race?

Just like everyday drivers on the roads, NASCAR drivers like to push their gas tanks to the limit, especially when they are close to their destination, the finish line. It does not happen often, but drivers do occasionally run out of fuel during races. This happens when crew chiefs misjudge the amount of fuel remaining, and the end of the race gets too close to make a pit stop. When this happens, drivers have to hope that the fuel they have is enough to get to the end of the race, or else they will not make it to the finish line. This is one of the least desirable ways to lose a race.

Pages Related to Why Do NASCAR Cars Not Have Fuel Gauges?