Why Do NASCAR Cars Have Open Windows? 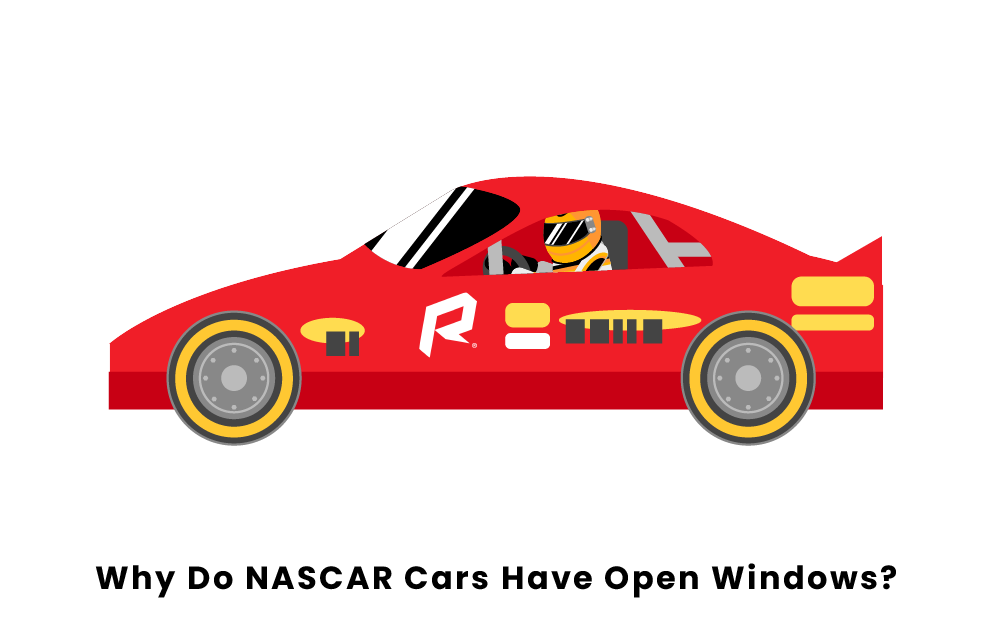 NASCAR is a very intense and high powered sport. It is one of the more competitive racing sports in the entire world, and the drivers will stop at nothing to finish as high as they possibly can. That being said, one of the biggest issues that NASCAR has to worry about is the safety and well-being of all of their drivers. With these cars going at such high speeds, there is the potential for crashes to occur, so NASCAR really tries to make safety an emphasis with all of their official cars.

One of the biggest safety concerns regarding NASCAR cars was that there was a large potential for the drivers to overheat whilst they are racing and competing. Driver Chris Buescher even stated that during a race he believed it got close to 140 to 150 degrees inside of his car during the middle of the race. With a NASCAR vehicle getting close to that temperature during the race, it can be very uncomfortable and distracting for many of the drivers, as having to sit in a confined space focusing on competing at the highest level with that amount of heat could prove to be a major issue for many NASCAR drivers.

With the window being open in the car, it allows air to flow in and out of the car better throughout the race, and even helps the pit crews make necessary adjustments to the driver and their car mid race should the heat still be an issue for the driver.

For many drivers throughout races, it is not uncommon to see a crash or two throughout a race. Once a crash occurs, the main goal of everyone involved in the race is to get the drivers to safety as quickly as possible. In the event of a crash, car drivers are able to get out of their cars so much easier by simply going out through the open window. These open windows can allow for the driver to get out of the car in the most efficient and safest way possible, and is crucial because if there were to be damage to a NASCAR cars door, the driver would potentially have a tougher time exiting the car.

NASCAR cars do include a protective cage that will help the driver deal with the potentially major impact of a crash, but having the windows be easily accessed so that the driver can get out of the car as soon as possible is NASCAR’s main goal. The open windows are to the benefit and safety of the drivers involved, and help keep everyone safe during the hazardous times of many NASCAR races.

Pages Related to Why Do NASCAR Cars Have Open Windows?