Why Is The Steering Wheel Removable In NASCAR Cars? 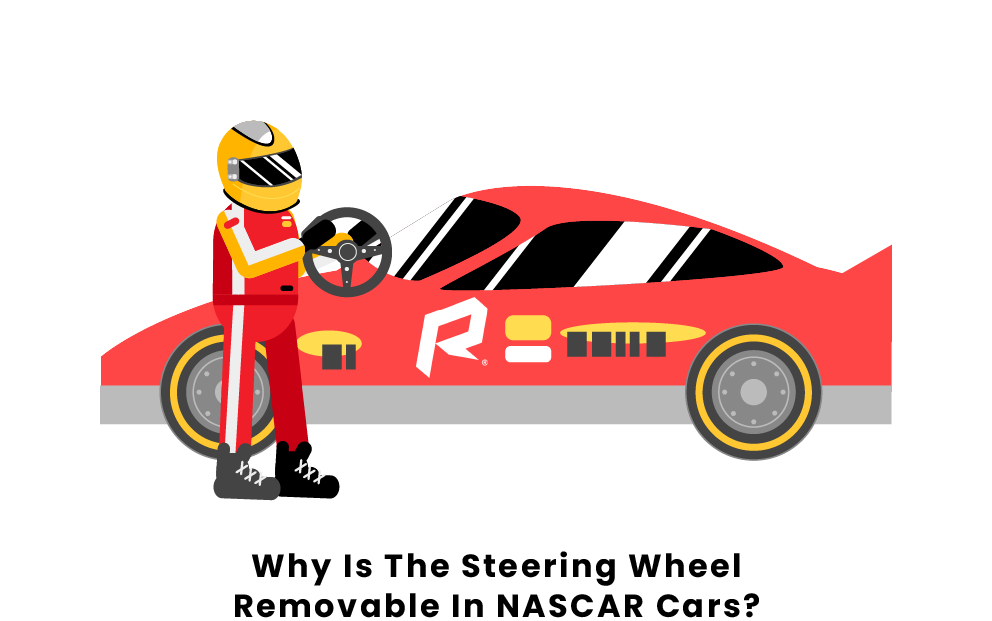 NASCAR’s removable steering wheels are generally found in two different designs, hexagonal or round. They mount using a splined hub, and most are made of steel or aluminum. The design of the steering wheel that a driver selects is based on their preference and what is most comfortable to them.

Who Removes and Reattaches the Steering Wheel?

Drivers understand that properly attaching the steering wheel is their responsibility. For example, Dale Earnhardt Jr., a famous and successful NASCAR driver, said that he is the one that straps himself in and puts the steering wheel on. He recognizes that it is his job to put on the wheel and make sure it’s attached properly. The drivers are responsible for checking that the wheel is on, and if they forget to do so or they put the wheel on poorly, problems ensue.

The main problem with removable steering wheels is that they can come unlocked. When the driver forgets to lock in the wheel or does so incorrectly, then it's possible for the driver to pull on the wheel and accidentally remove it, potentially causing a crash. Unfortunately, this has happened before in NASCAR racing. For example, in 2016, Jimmie Johnson forgot to lock his steering wheel, and during the race, he accidently removed it, and the end result was a full-speed crash. Luckily, in this instance, injuries were avoided, but sometimes, that is not the case.

Pages Related to Why Is The Steering Wheel Removable In NASCAR Cars?