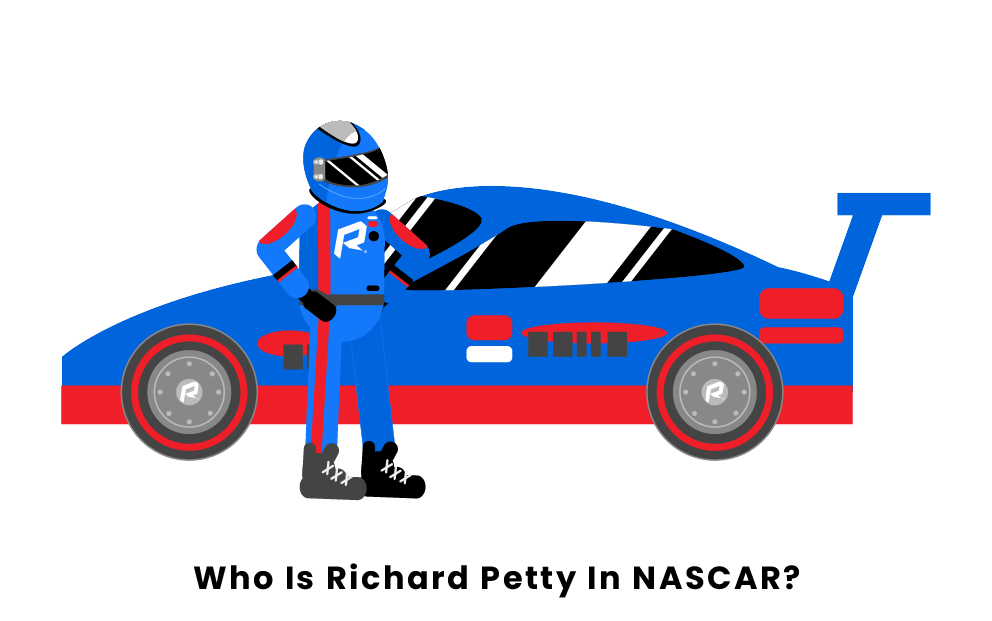 Richard Petty, frequently referred to as “The King,” is the most decorated NASCAR stock car driver in the history of the sport. Although he no longer actively races, he is still a household name and remains one of the most well-known NASCAR legends today. Petty holds numerous records in racing, including the record for most race wins. Throughout his career, Petty won 200 races. Even more interesting, he won on 51 different race tracks located in 16 states.

Richard Petty was born on July 2, 1937. His father, Lee, was a stock car racer, and his uncle, Maurice Petty, was a NASCAR crew chief and engine builder. Petty was frequently exposed to the racing industry as a child due to his father and uncle’s roles in the sport. Lee Petty won the Grand National Cup three times and founded the Petty Enterprises racing team. He was also the inaugural winner of the Daytona 500 in 1958. As a young man, Richard Petty helped his father on the racetrack by providing mechanical help.

In addition to his passion for racing, Richard Petty participated in other sports as a child. While attending Randleman High School, Petty played as a guard on the football team and was named an All-Conference Player. After high school, he briefly attended Greensboro Junior College, but soon afterwards, his legendary NASCAR career began.

Petty’s professional NASCAR racing career began in 1958, and he raced for nearly 40 years. In his first year of racing, when he was only 21 years old, he placed in the top 10 of nine different races. Petty was named Rookie of the Year in 1960. In 1966, he returned to NASCAR after leaving stock-car racing in 1965 due to NASCAR’s ban on the Hemi engine. Petty’s blue and red number 43 Plymouth car became iconic throughout his career.

Between the first and second decades of his career, Petty continued to accomplish many milestones. During his return to NASCAR, he performed the best out of any NASCAR driver in history. He had a record-breaking 27 race wins and won a Grand National Cup. Out of those 27 race wins, he won 10 consecutively. In fact, Petty also holds the record for the most consecutive wins in one season.

Furthermore, Petty has the record for the most poles a driver earned. Petty earned 123 poles, which drivers earn by racing the fastest qualifying time on a track before a race begins.

The Petty Museum, located in North Carolina, honors the Petty family legacy and all of their contributions to NASCAR and stock car racing. In fact, during Petty’s racing career, his brothers and cousin worked on the mechanics of his racing car, including the engine. After he was in a racing accident that injured his arm, Richard Petty himself invented a safety net that wrapped around the windows of racecar openings to protect drivers.

Richard Petty has the record for the most Daytona 500 wins. The Daytona 500 is NASCAR’s most prestigious race, and Petty won the race a total of seven times. Not only did he win the Daytona 500 seven times, Petty is also one of three drivers who won the formerly named Winston Cup Championships seven times. Now the Winston Cup is referred to as the NASCAR Cup Series and is the most elite racing series for stock racing cars. Richard Petty excelled in both prestigious racing series, along with many other races, while he was a driver.

Petty retired after the 1992 racing season with a total of 1,184 race starts and 200 wins. Due to his incredible career, Petty was inducted into the International Motorsports Hall of Fame in 1997 and the NASCAR Hall of Fame in 2010. His legendary racing career also earned him his very own character in the Pixar movie, Cars: Strip “the King” Weathers, whose design is nearly identical to Petty’s classic number 43 car. He also received the Presidential Medal of Freedom from President George H.W. Bush in 1992.

After he retired, Petty began working to build his family racing business, Petty Enterprises. In 2009, Petty Enterprises merged with Gillett Evernham Motorsports, and the company is now known as Petty GMS Motorsports. Richard Petty oversees the racing team and also manages Petty’s Garage, which is a shop tailored to performance vehicles.

In addition to his personal pursuits, Petty has been active in politics, including being elected to the Randolph County Commission four times and running an unsuccessful campaign for North Carolina Secretary of State in 1996. Philanthropically, Petty has provided spokesmanship for organizations and products such as Liberty Medical, Cheerios, Nicorette, Goody's Headache Powder, and Brawny Paper Towels. The Pettys also own and operate “Victory Junction,” a youth camp that gives children with serious illnesses a chance to enjoy summer activities.

When did Richard Petty retire?

Richard Petty retired in 1992. He announced his retirement from NASCAR in October of 1992 and ran his last race as a full-time driver in November of 1992, in the Hooters 500 at Atlanta Motor Speedway. The following year, he participated in a non-competition tire test. Petty served as a NASCAR pace car driver in 2003, 2009, and 2017. He continues to be active in NASCAR as an owner of the Petty GMS racing team.

Does Richard Petty still own the 43 car?

Petty GMS Racing, the race team partially owned by Richard Petty, currently owns the charter to the No. 43 Chevrolet Camaro ZL1 in the NASCAR Cup Series. Petty was known as the driver of the 43 car during his racing career, and Erik Jones drives the No. 43 today. Petty GMS also runs the No. 42 in the Cup Series, driven by Noah Gragson. Additionally, the team runs No. 43 cars in the Craftsman Truck Series and the ARCA Menards Series.

How many races did Richard Petty win?

Richard Petty won a total of 200 races in the top series of NASCAR, the most of all time, and amassed a total of 207 victories at various levels of racing. Petty won his first NASCAR race on February 28, 1960 at Southern States Fairgrounds in Charlotte, North Carolina. His final NASCAR victory occurred on July 4, 1984, in the Firecracker 400 at Daytona International Speedway. Petty’s first-ever race win was in the NASCAR Convertible Division, which he won at Columbia Speedway on July 18, 1959. In addition to these victories, Petty won three Winston West Series races and three NASCAR Exhibition Races.