Who Is Kyle Larson In NASCAR? 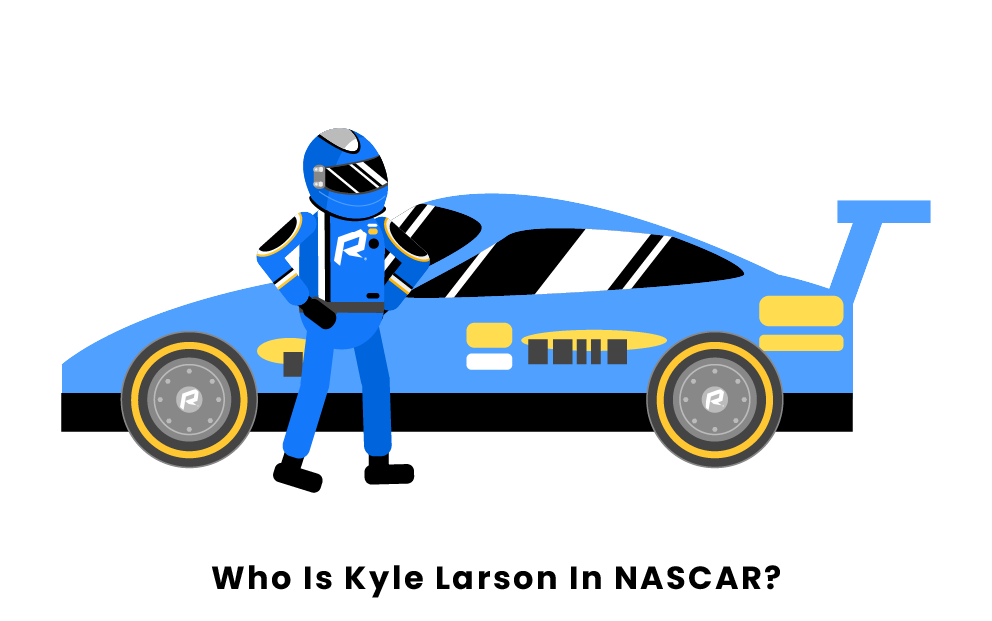 Kyle Larson drives the Number 5 car in the NASCAR Sprint Cup for Hendrick Motorsports and won the 2021 NASCAR Sprint Cup championship. Larson is a driver for Hendrick Motorsports, who won ten Cup Series races and the All-Star race during the 2021 season. Larson also won the All-Star race in 2019 and Sprint Series Rookie of the Year in 2014. Before the Sprint Cup, Larson was a star dirt track racer, a successful driver in the Camping World Truck Series, and a star in the NASCAR Xfinity Series.

Larson is from Elk Grove, California, a town near Sacramento in Northern California. His mother is Japanese-American, and his maternal grandparents were placed in an internment camp during World War II. When he was seven years old, Larson began racing karts and quickly worked his way to vehicles with higher-powered engines. When Larson was 19, he began competing in the United States Auto Club and won a plethora of races in this series as a rookie in 2011.

Larson also saw success in the Camping World Truck and Xfinity Series. He participated in each series prior to joining the NASCAR Sprint Cup in 2014. Larson won two races in the Camping World Truck Series, twelve races in the Xfinity Series, and Rookie of the Year in the Xfinity Series in 2013. He joined the Sprint Cup Series in 2014 and drove the Number 42 car for Chip Ganassi Racing until April 2020. As a rookie in the Sprint Cup, Larson had eight top-five finishes and had an average finish of 14th in each of his races. For this, he earned Rookie of the Year honors in the Sprint Cup the year after he won the same award in the Xfinity Series. Larson qualified for the playoffs in the number 42 car every year from 2016 until 2019 before he parted ways with the team in April 2020. Larson won his first career Sprint Cup race at the Pure Michigan 400 at the Michigan International Speedway in August 2016.

During the early stages of the COVID-19 pandemic in 2020, NASCAR was unable to hold races due to the uncertainty and severity of the virus. Due to this, NASCAR held virtual races that the drivers themselves could take part in. As part of these virtual races, the drivers were live-streamed, and fans and other drivers could hear them in real-time. Unfortunately for Larson, during one of these live streams, he uttered a racial slur after mistakenly believing that his live stream was not functioning and no one could hear him. Due to this racial slur uttered in April 2020, Larson was immediately suspended indefinitely by NASCAR and dismissed by Chip Ganassi Racing.

Along with the indefinite suspension and dismissal from his team, most sponsors associated with Larson cut ties with him immediately after the slur was used. Once on-track racing returned to the Sprint Cup in 2020, Larson was suspended until the end of that season but was reinstated for the start of the 2021 season. Despite cutting ties with his former team and losing most of his sponsors, Hendrick Motorsports allowed Larson to join their team for the 2021 season, where he would drive the number 5 car, but without any sponsors except for Hendrick Motorsports.

Larson had a breakout season in 2021, becoming the eleventh NASCAR driver in history to win ten or more races at the top level in a single season. He got his first win of the season in the fourth race at Las Vegas Motor Speedway in early March before winning three straight races and the All-Star Race at Charlotte, Sonoma, Nashville, and Texas, respectively, in late May and June. Larson won a fifth regular-season race at Watkins Glen in August of that year before recording another five wins in playoff races at Bristol, Charlotte, Kansas, Texas, and Phoenix.

Along with his ten wins, Larson won the Cup Series championship in 2021 after his final win at Phoenix. The final four championship contenders that season were Larson, Martin Truex Jr., Denny Hamlin, and Chase Elliott. Elliott won the championship in 2020 and attempted to defend his championship but fell short to Larson in the end. Larson also won four of the last five races of the 2021 season, with the penultimate race at Martinsville being the only race where he did not capture victory. After the championship, Larson agreed to a three-year contract extension with Hendrick Motorsports that has him with the team through 2024.

Pages Related to Who Is Kyle Larson In NASCAR?