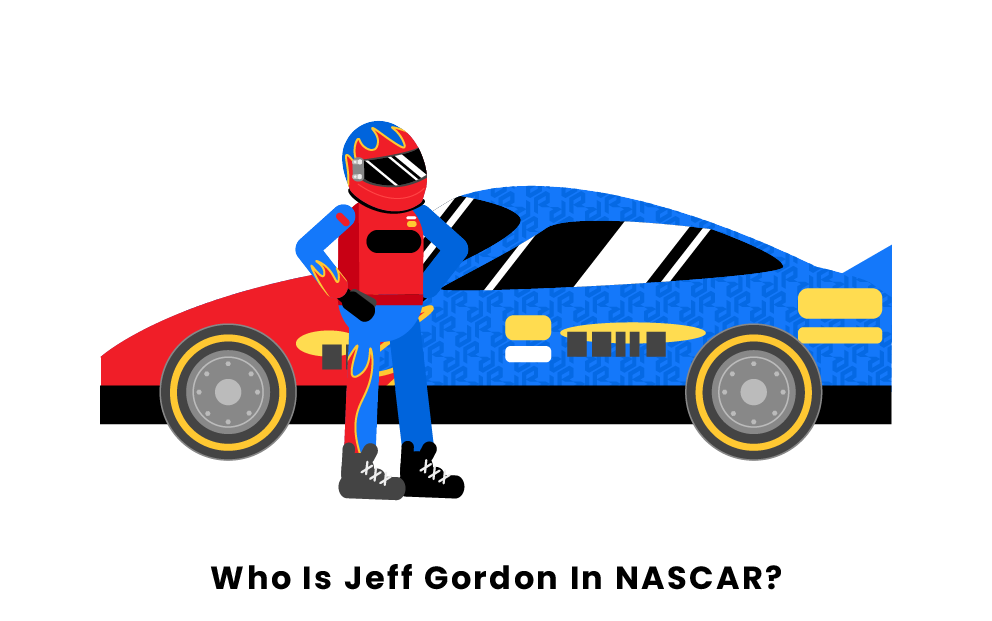 Over the course of his career, Jeff Gordon has managed to land himself third on the all-time wins list, won the Daytona 500 on three separate occasions, and forever altered the landscape of NASCAR. One of the most successful drivers in the modern era, Gordon has remained a presence in the sport after his retirement, working as a television commentator and serving as Vice Chairman of the Hendrick Motorsports race team, which he also co-owns. Let’s learn more about Jeff Gordon’s basic information before we discuss his life and career in greater detail!

Jeff Gordon was born in Vallejo, California, on August 4, 1971. From a young age, he garnered a passion for racing, picking up his first BMX bike at the age of four as a gift from his stepfather. He quickly progressed to the quarter-midget, a small race car for young children. He first won the national quarter-midget championships when he was only eight years old. It would be his first championship victory of many.

Gordon’s family moved to Pittsboro, Indiana when Jeff was 13 years old, and it was there that he started to race bigger and faster cars. At 18, Gordon took up stock-car racing. He entered his first NASCAR race in 1992, and as they say, the rest is history.

Jeff Gordon entered the NASCAR Cup series in 1992 after a few years racing in the Busch Series, later renamed the NASCAR Xfinity Series. Gordon signed with Hendrick Motorsports and began driving the No. 24 car for them, the car which would become synonymous with excellence for years to come. His first full season came in 1993, when he started in all 30 races in the Cup Series that year.

Gordon became a champion early on, winning the Winston Cup Series (later the Sprint Cup Series) in 1995. The victory marked the beginning of a string of incredible performances, which ultimately culminated in Gordon winning four NASCAR cups within the span of seven years.

In 1996, Gordon became locked in a fierce battle with teammate Terry Labonte for the Cup Series Championship, ultimately falling to second place that year. In 1997 and 1998, however, Gordon came back and took home the Winston Cup. Gordon also won his first Daytona 500 in 1997. Gordon’s final NASCAR Cup victory came in 2001, though he came close on numerous occasions after that year.

Gordon was on track for another championship in 2004, when he had a 60-point lead over then-second-place driver Jimmie Johnson. However, beginning in 2004, the series changed from a season-long points battle to two separate regular and postseason (the Chase for the Cup) points battles, meaning that Gordon’s lead was erased before the start of the final races of the season. Gordon ultimately fell to third overall at the end of the 2004 season.

Gordon found incredible success early in the 2007 season as well, leading by over 300 points at the start of the Chase for the Cup, but couldn’t manage to pull out the win during the postseason. After 2007, Gordon struggled. From 2008-2010, he recorded just a single win. He rebounded in the 2011 season, during which he became the winningest driver in the modern era.

Gordon’s final season came in 2015, where he recorded one win, three pole positions (including at Daytona), and a third-place overall finish in the NASCAR Cup series, falling just shy of his goal of winning a fifth championship title. He returned for part of the 2016 season as a substitute for an injured Dale Earnhardt Jr.

With a career that spanned 26 years, Gordon achieved an incredible amount. His 93 total wins in the Cup Series put him third all-time in NASCAR history, and he managed to place in the top ten of 477 races, more than half of all of his races. His career earnings surpassed $500 million, and he’s one of the top 20 highest-paid athletes of all time. Jeff Gordon is one of NASCAR’s finest.

Jeff Gordon is a practicing Christian, and early in his career, he would tape Bible verses to his steering wheel as he raced as a sign of his faith. However, in general, Gordon is more private about his religion.

Jeff Gordon met his first wife, Brooke, at the 1993 Daytona 500. They hit it off, marrying in November of 1994. The couple was together until 2002 when they filed for divorce.

In 2004, Gordon began dating his now-wife, Ingrid Vandebosch. The two were married in 2006, and Ingrid gave birth to Ella Sofia Gordon, their first child, a year later. Their son Leo was born in 2010. The family currently lives in Charlotte, North Carolina. Gordon spends his time with his family and managing the Hendrick Motorsports race team.

When did Jeff Gordon retire?

Jeff Gordon retired in 2015. He announced his retirement in January of that year and ran his last race as a full-time Cup Series driver in November of 2015 in the Ford EcoBoost 400 at Homestead-Miami Speedway, finishing sixth. He made a few more Cup Series starts in 2016, racing in the Brickyard 400 and seven other races. Gordon continues to be active in NASCAR as the Vice Chairman and part-owner of Hendrick Motorsports.

How many races did Jeff Gordon win?

Jeff Gordon won 93 NASCAR Cup Series. This is a record for the most wins in the modern era and the third-most wins of all time. His first win was at the 1994 Coca-Cola 600, and his final victory came at the 2015 Goody's Headache Relief Shot 500 at Martinsville. Gordon also won five races in the Xfinity Series for a total of 98 wins across NASCAR’s top national series.

Which cars did Jeff Gordon drive?

Jeff Gordon spent the majority of his career driving the No. 24 Chevrolet for Hendrick Motorsports. The car’s distinctive rainbow color scheme, which it was painted in during the 1996 and 1997 seasons, earned Gordon his nickname, “the Rainbow Warrior.” Later, the car consisted of a blue and red color scheme, with red flames, a blue body, and neon yellow numbers. When he briefly stepped out of retirement to replace the injured Dale Earnhardt Jr. in 2016, Gordon drove Earnhardt’s well-known No. 88 Chevrolet for eight races.