Who Is Dale Earnhardt Jr In NASCAR? 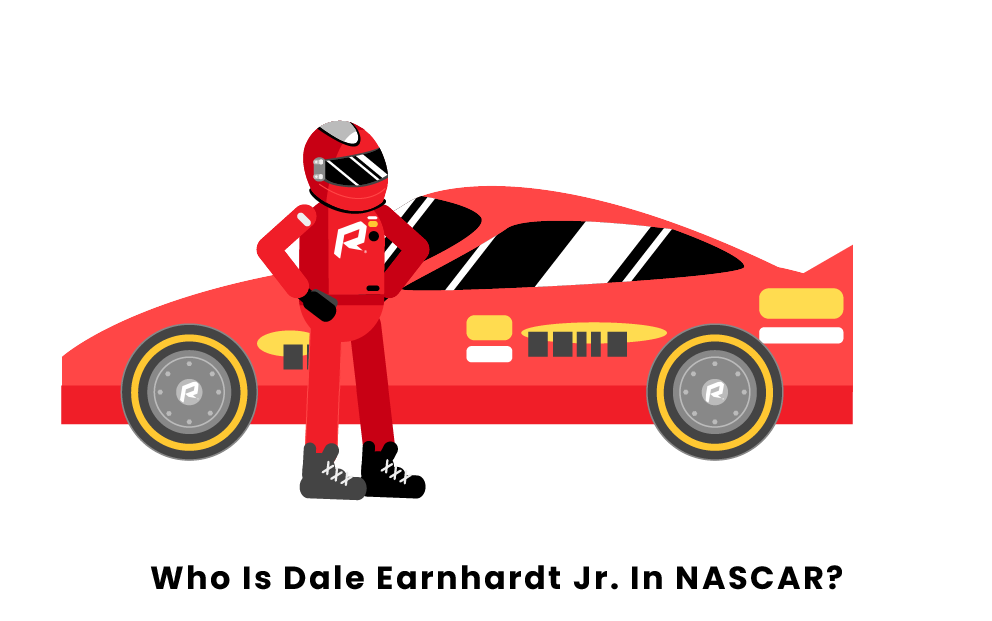 Dale Earnhardt Jr. is a giant in NASCAR and one of the most influential people in the sport. Although retired from full-time racing, he has dedicated his life to NASCAR, going on to a career as a team owner, broadcast personality, and author. But who is Dale Earnhardt Jr. in NASCAR? Find the answer below, plus more information on one of the most beloved NASCAR stars of all time.

Stock car racing has always been in Earnhardt’s blood. Grandson of Ralph Earnhardt and son of Dale Earnhardt Sr., Dale Jr. is a third-generation Cup Series star. Also known as “Little E” and “Junior,” Ralph Dale Earnhardt Jr. was born and raised in Kannapolis, North Carolina. Although his mother, Brenda Jackson, divorced from his father shortly after Dale Jr.’s birth, she continued to help raise him during the times that Dale Sr. was away racing.

Unusually for a child in a racing family, Earnhardt did not begin driving race cars until age 17, when he attended Andy Hillenburg’s Fast Track High Performance Driving School. Upon completing his training, Earnhardt started racing alongside his father in the Street Stock Division at Concord Motorsport Park in Concord, North Carolina, driving a 1979 Monte Carlo race car that he co-owned with his half-brother Kerry.

After two seasons, he advanced to the Late Model Stock Car Division, racing his No. 3 Buick on short tracks across the Carolinas. His best result from this period was winning the pole at the 1994 Greenville Merchants 300 at East Carolina Motor Speedway in Robersonville, North Carolina.

Earnhardt gained his first NASCAR racing experience during the 1996 and 1997 seasons, during which he ran nine Busch Series (now the Xfinity Series) races, driving for either his father’s team or one run by Ed Whitaker. In 1998, he earned a full-time Busch Series ride with Dale Earnhardt, Inc. (DEI). Dale Jr. quickly proved his worth, bringing home the Busch Series Championship in his rookie season, then successfully defending the title against challenger Matt Kenseth the following season.

Finally behind the wheel of a full-time Cup Series ride in 2000, Dale Jr. made a massive impact in his rookie season, driving his now-iconic No. 8 Budweiser-sponsored Chevrolet for DEI. Although Kenseth edged him out for Rookie of the Year, Earnhardt won the DirecTV 500 at Texas Motor Speedway in only his twelfth Cup Series start, breaking his father’s record for fewest starts for a driver before achieving their first victory. He finished his rookie season with two poles, two wins, three top-five finishes, and five top-tens.

The next season, on the final lap of the Daytona 500, Dale Earnhardt Sr. was tragically killed in a crash. This event rocked the racing world and spurred an increased emphasis on driver safety across motorsports. Dale Jr. kept racing, posting strong seasons and a 2004 Daytona 500 win. In 2007, he left DEI for the No. 88 car at Hendrick Motorsports, where he felt he had a stronger chance of winning a championship.

Earnhardt won a second Daytona 500 in 2014. When he retired from full-time Cup Series racing at the end of the 2017 season due to suffering multiple concussions, Dale Jr. had 26 wins and 15 poles to his name. He was also voted the Cup Series Driver of the Year an incredible 15 years in a row, which is a NASCAR record. In 2021 Dale Earnhardt Jr. was inducted into the NASCAR Hall of Fame.

Once Earnhardt retired from full-time racing, he was able to focus on other ventures, including the race team he owns and manages, JR Motorsports, which has been competing in the Xfinity Series since the 2006 season. Today the team fields four full-time Xfinity cars, driven by Sam Mayer, Justin Allgaier, Josh Berry, and Noah Gragson, as well as a part-time car that is driven by Miguel Paludo and Earnhardt himself, on occasion. Having achieved 59 race wins and three drivers’ championships, JR Motorsports is one of the most dominant teams currently competing in the Xfinity Series.

Since stepping out from behind the wheel, Earnhardt has become an integral part of NASCAR broadcasts, serving as a full-time color commentator for the NBC NASCAR coverage of the second half of the Cup Series season, beginning in 2018. In this role, he coined his announcing catchphrase, “slide job.”

Earnhardt runs a media production company called Hammerhead Entertainment, which has produced the NASCAR-themed shows Back in the Day and Shifting Gears. He also owns the Dirty Mo Radio podcasting network, which produces The Dale Jr. Download, a weekly podcast hosted by Dale Jr. himself, featuring interviews with NASCAR stars past and present.

Pages Related to Who Is Dale Earnhardt Jr In NASCAR?