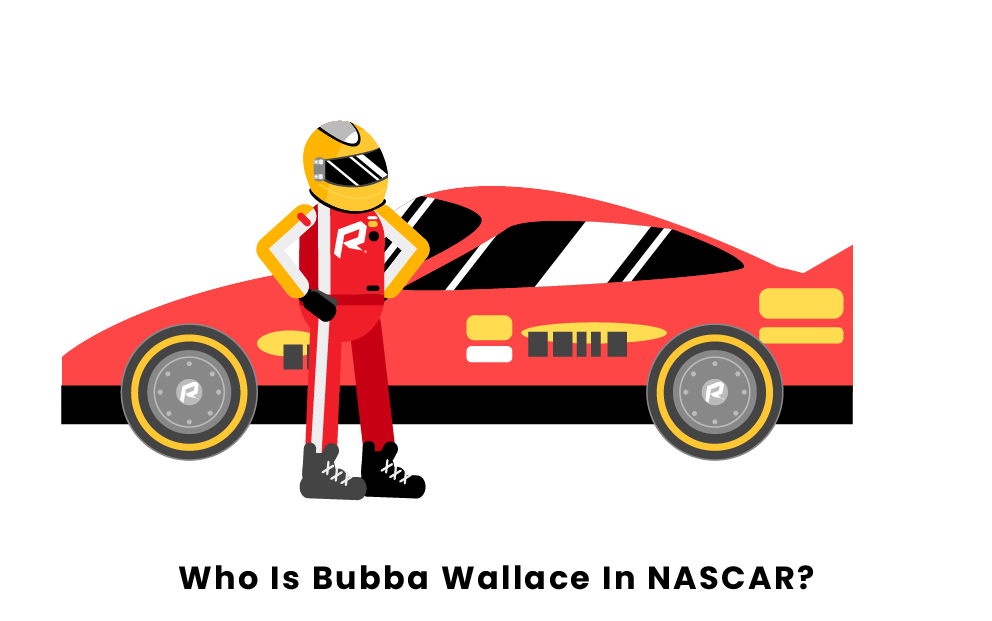 One of NASCAR’s most popular rising stars, Bubba Wallace, is making history behind the wheel of his No. 23 Toyota Camry. Driving for the newly-formed 23XI Racing, which is owned by Michael Jordan and Denny Hamlin, Wallace’s profile has risen more precipitously than any other Cup Series driver in recent history. With two Cup Series victories and six Truck Series wins to his name, he is already the most successful black driver in NASCAR history. But who is Bubba Wallace in NASCAR? Keep reading to find out more about his background and career, as well as what makes Wallace such a special racer.

Wallace began racing at age nine, competing in the Bandolero Series and Legends Series, both of which utilize reduced-scale miniature stock cars designed for younger drivers. He first raced against and befriended Ryan Blaney in the Bandolero Series; today, Blaney is Wallace’s good friend and fellow Cup Series competitor. After a few years, Wallace distinguished himself as a skilled racer, winning 35 out of 48 races in the 2005 Bandolero Series season.

Wallace’s first season driving in a NASCAR series was in 2010, when he competed in the K&N Pro Series East, a regional series focused on driver development. He won his first race in the series, becoming the youngest driver to win at Greenville-Pickens Speedway. After snagging a second win at Lee USA Speedway, Wallace was named Rookie of the Year. During this season, he drove for Rev Racing as a part of the NASCAR Drive for Diversity program. He was also picked up by Joe Gibbs Racing as a development driver. Wallace spent the next season with Rev Racing, bringing home three wins in the K&N East.

In 2012, Wallace moved to race full-time for Joe Gibbs Racing, running full-time in the K&N East series and making select appearances in what is now the Xfinity Series. The next season, he advanced to the Camping World Truck Series, earning a full-time ride in the Kyle Busch Motorsports-owned No. 54 Toyota. In this race truck, Wallace achieved his first win in a national NASCAR series at the Kroger 200 at Martinsville Speedway. This victory marked the first by a Black driver in a national series since Wendell Scott’s win in 1963. After one more season of racing Trucks for KBR, Wallace went Xfinity Series racing for Roush Fenway, driving the No. 6 Ford for two seasons.

Following several strong seasons in NASCAR’s lower series, Wallace made his Cup Series debut in the iconic No. 43 Ford, driving for Richard Petty Motorsports in place of an injured Aric Almirola in the 2017 Pocono 400. The next season Wallace was selected to drive the same car full-time, following Almirola’s departure from the team.

Wallace’s first three seasons in the Cup Series saw moderate success, with several top-ten finishes, as well as a stage win and fifth-place finish at the 2019 All-Star Race. For the 2021 season, he was signed as the first driver for the newly-created 23XI Racing, owned by former basketball superstar Michael Jordan and veteran Cup Series driver Denny Hamlin.

Behind the wheel of his No. 23 Toyota, Wallace achieved what was at the time his best Cup Series finish, placing second to Ryan Blaney in the 2021 Coke Zero Sugar 400 at Daytona. Then, on October 4, 2021, Wallace achieved his first Cup Series win at Talladega, becoming the first Black driver to win in NASCAR’s premier series since Wendell Scott. Wallace got his second win the following season in the 2022 Hollywood Casino 400 at Kansas.

Even though Wallace is still near the beginning of his career, he has already won a few awards. He was selected Rookie of the Year in 2008 in the UARA-Stars (now ARCA) Series. Then, in 2010, Wallace won Rookie of the Year in the K&N Pro Series East, a regional NASCAR series aimed at driver development. He got the opportunity to compete in the series by being selected for NASCAR’s Drive for Diversity development program.

Bubba Wallace has used the platform his success and fame have afforded him to advocate for mental health awareness and racial equality. Notably, on behalf of the Black Lives Matter movement, he publicly lobbied for NASCAR to ban the Confederate Flag on June 8, 2020. Two days later, the sanctioning body complied, banning any displays of the flag at all NASCAR events. Wallace is the founder of his own charitable organization, the Live to be Different Foundation.

Wallace is not married, but since 2021, he has been engaged to his longtime girlfriend, Amanda Carter. Wallace voiced a character in the animated feature film Cars 3 and appeared in a Post Malone music video. He has been the subject of two documentary series, one on Facebook Watch and one on Netflix, entitled Race: Bubba Wallace.

How long has Bubba Wallace been racing?

Bubba Wallace has been racing since he was nine years old. Like many successful NASCAR drivers, he got his start in the Bandolero and Legends series, which use reduced-scale stock cars intended for younger drivers. Wallace has been racing in the NASCAR Cup Series since 2018 when he ran a full season in the No. 43 for Richard Petty Motorsports. His first season in a NASCAR nationwide series was 2013, when he drove the No. 54 for Kyle Busch Motorsports in the Truck Series.

What is Bubba Wallace's real name?

Bubba Wallace’s real name is William Darrell Wallace Jr. His more commonly-known name, “Bubba,” is a nickname he has had from a young age. Wallace’s nickname was given to him by his sister on the day he was born, and he has been known by the name Bubba ever since.

What car does Bubba Wallace drive?