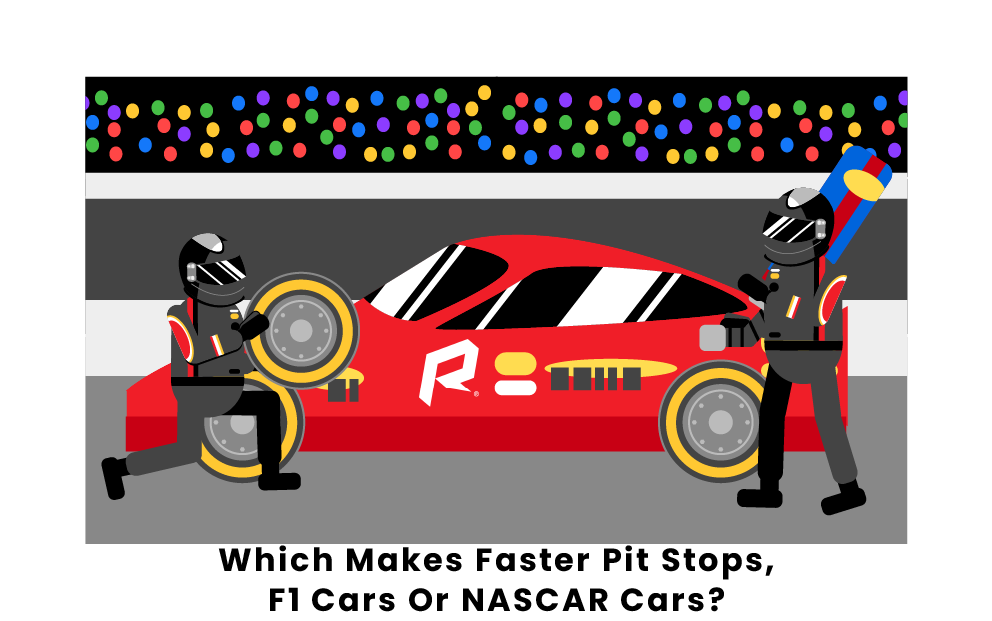 In motorsports, a pit stop is when the drivers stop in the pit lane (where the team garages are) in the middle of the race to change tires, refuel the car, and necessary repairs. Naturally, given the speed involved in motorsports, teams aim to do their pit stops as quickly as possible, keeping the car parked for as little time as possible. A slow pit stop can prevent the driver from being as fast as other competitors and ruin a whole race. In essence, pit stops are a really important part of all types of motorsport. Nonetheless, pit stop rules, length, and modifications vary among motorsport categories.

While different in format, NASCAR and Formula 1 are both wildly popular motorsport categories. Many people wonder which series has the faster cars, but another question about speed is commonly asked: which makes faster pit stops, F1 cars or NASCAR cars? The quick answer is that Formula 1 pit stops are much, much faster than NASCAR pit stops. While a regular F1 pitstop without any problems lasts less than 3 seconds, in NASCAR, the cars are stationary in the pits for 10 seconds on average. However, that is not simply because the mechanics in Formula 1 do their jobs faster than the NASCAR mechanics. There are many significant differences in rules, the number of people involved in the pit stop, and overall race characteristics. Take a look at what makes Formula 1 pit stops faster than NASCAR pit stops. 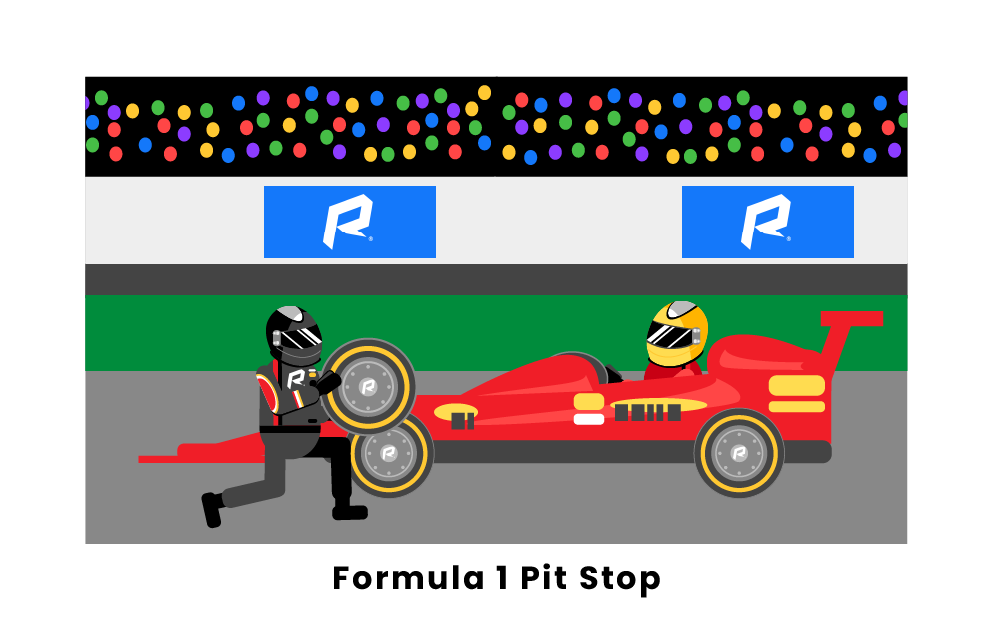 Pit stops in Formula 1 are among the fastest in all of motorsports. In normal conditions, F1 pit stops last less than 3 seconds. How can F1 pit crews be so much faster than those of other motorsport categories?

A primary reason is that there is no refueling allowed during pit stops in Formula 1, a procedure that happens in other popular series such as IndyCar and NASCAR. Therefore, F1 cars come into the pits simply to exchange all four tires and leave soon thereafter. Although changing tires may sound simple, it is not; there can be up to 19 people involved in a simple tire exchange. Formula 1 teams have three people for each tire, one to operate a pneumatic gun, one to remove the used tire, and one to put in the new one. The car needs to be lifted for the change to happen, and so there are jack operators responsible for lifting it. Crew members are responsible for adjusting the front wing, repairing damage, and extinguishing tires.

Pit stops in NASCAR are slower and arguably more challenging than in Formula 1. That is because while there are over a dozen people involved in an F1 stop, NASCAR rules state that only six mechanics can be involved in a pit stop. Therefore, while in F1, each pit crew member has a specific job, in NASCAR all members do more than one job to make the stop as quick as possible. In addition, refueling is necessary in NASCAR, something that F1 cars don't do mid-race.

After the driver brings the car into the pit lane and stops in their pit stall, mechanics insert the fuel can and raise the right side of the car so that old tires can be removed and replaced with new ones. While there is one mechanic to deal with refueling and one to raise the car, they will both aid their team members with the tires. There are usually two mechanics operating pneumatic guns and two to bring new tires. The remaining two will focus on removing old tires after their initial tasks are completed.

Remember, since there are only six people, first they have to change tires on one side of the car, lower it, then move to the other side, and raise it to do everything again. When both sides are done, and the tank is full, the fuel can is removed, the car is lowered, and the driver leaves their pit stall, returning to the track via the pit lane.

Looking at both pit stops, while Formula 1’s looks almost robotic, NASCAR’s pit stops look like organized chaos. The smaller pit crews and additional jobs that need to be performed in NASCAR make their pit stops last much longer than in Formula 1.

The fastest pit stop in NASCAR Cup Series history was performed by Kyle Busch’s pit crew at Kansas Motor Speedway in 2022, which took 8.96 seconds to complete. Since NASCAR’s new Generation 7 race car only features a single lug nut on the wheel, removing and replacing wheels is much easier and faster than in previous generations.

The fastest Formula 1 pit stop ever recorded was completed in 1.8 seconds, done by the Red Bull Racing pit crew in the 2019 Brazilian Grand Prix. In fact, the Red Bull pit crew is well-known for their efficiency and quickness in pit stops, as they understand that in Formula 1, every hundredth of a second matters.

How many pit stops cars do in a race?

What is a two-tire stop in NASCAR?

A two-tire stop in NASCAR is a pit stop in which only two tires are changed, typically both right tires. Two-tire stops are performed in the interest of gaining track position by only changing the two tires which wear the most, as the right tires wear more quickly in a NASCAR race on an oval track consisting of only left turns. Sometimes, to make stops even shorter, cars stop for fuel only without changing tires.

Formula 1 does not have two tire stops like in NASCAR, and the reason is quite simple. Unlike NASCAR, in F1, all tires are removed simultaneously, with more than a dozen mechanics working on putting new tires in and removing old ones. Therefore, only changing two tires would not save time; pit stops would still take between two and three seconds. In addition, Formula 1 does not race on oval tracks, so the tire wear is more evenly distributed than in NASCAR.

How important are pit stops in NASCAR and Formula 1?

Pit stops are extremely important in both sports. It would be impossible to race without pit stops because cars need to change tires and in NASCAR, need to be refueled to get to the finish line. It is also important that the stops are quick and efficient, and the stopping strategy is well defined and effective. There are countless examples both in NASCAR and in Formula 1 where a driver's or even a team's race was ruined due to either a bad pit stop strategy, or some kind of mistake by the pit crew that made the pit stop last longer than usual.