Which Is Faster NASCAR or Formula 1? 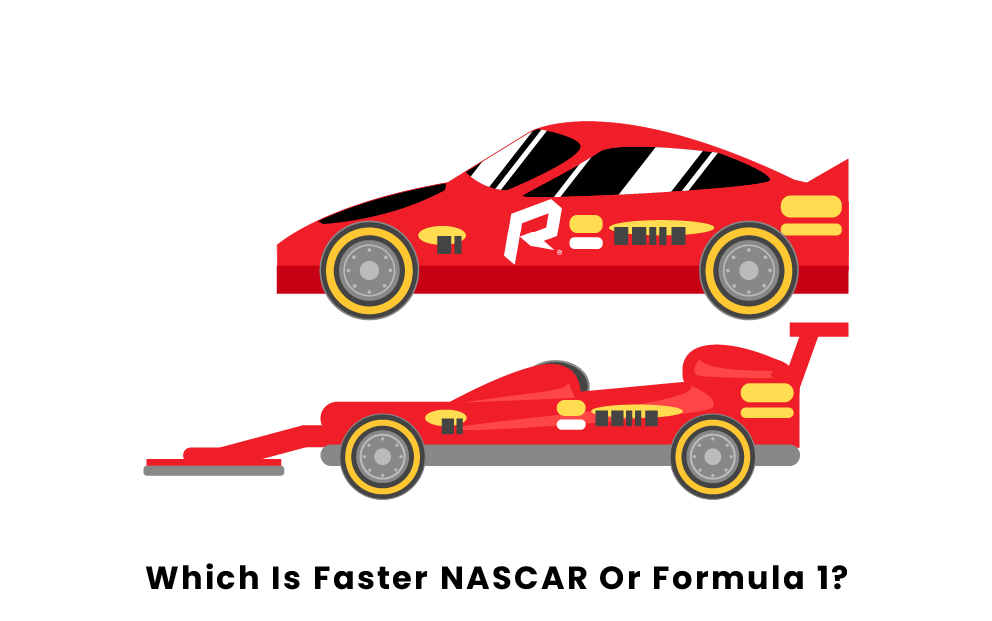 Whether NASCAR or Formula 1 cars are faster is a widely debated topic in the driving world. At the start of each season, both series change the required specifications for their race cars. This presents new challenges for the team's mechanics and ensures that racing continues to evolve. In part because of this constant change, the debate over which car is faster continues.

Formula 1 cars are faster than NASCAR cars. However, NASCAR and F1 achieve similar speeds during races. The differences in car construction and track configurations between the two series equalize the speeds achieved during competition. Find more information on the top speeds in Formula 1 and NASCAR below.

Formula 1 cars are built to be fast and to have incredible handling. They race on many different tracks around the world. These tracks can have long straights and very tight corners. Each Formula 1 team’s car is in constant flux throughout the year because they need to modify it for different races. At the start of the 2022 season, F1 cars were cornering at around 60-70mph on the Bahrain track. At the beginning of the season's testing, they were reaching speeds of 204 mph on the straights. These numbers are fast, but it’s not the fastest these cars have ever gone. The fastest speed record set by an F1 car was clocked at 246.98 mph. Now, let's see how NASCAR stacks up against these records!

NASCAR, an American favorite for racing fans, races its cars mainly on oval-shaped tracks, with a few road courses spread throughout the schedule. This means the amount of modifications the teams need to make to their cars in between races is not as significant as in Formula 1. The top speed for the current generation of NASCAR cars is around 195 mph, while most of the pack runs at about 185 mph. However, this does not represent NASCAR’s fastest speeds. The fastest speed ever recorded in a NASCAR race was measured at 212 mph.

In terms of records set for top speed, acceleration, and cornering speed, Formula 1 cars are faster than NASCAR cars. It may appear that the Formula 1 teams have built faster and more efficient cars; however, this is because NASCAR and Formula 1 are two different sports. The type of cars each team builds is entirely dependent on the rules and regulations set by the governing body. The records set by previous Formula 1 cars are not the speeds at which these cars are currently racing. With each new year comes a different version of the cars used in each series . During recent seasons, both cars' top speeds have been fairly close to one another. The records set by NASCAR and Formula 1 cars are not likely to change in the coming years.

Pages Related to Which Is Faster NASCAR or Formula 1?