What Was The Longest Race In The History of NASCAR? 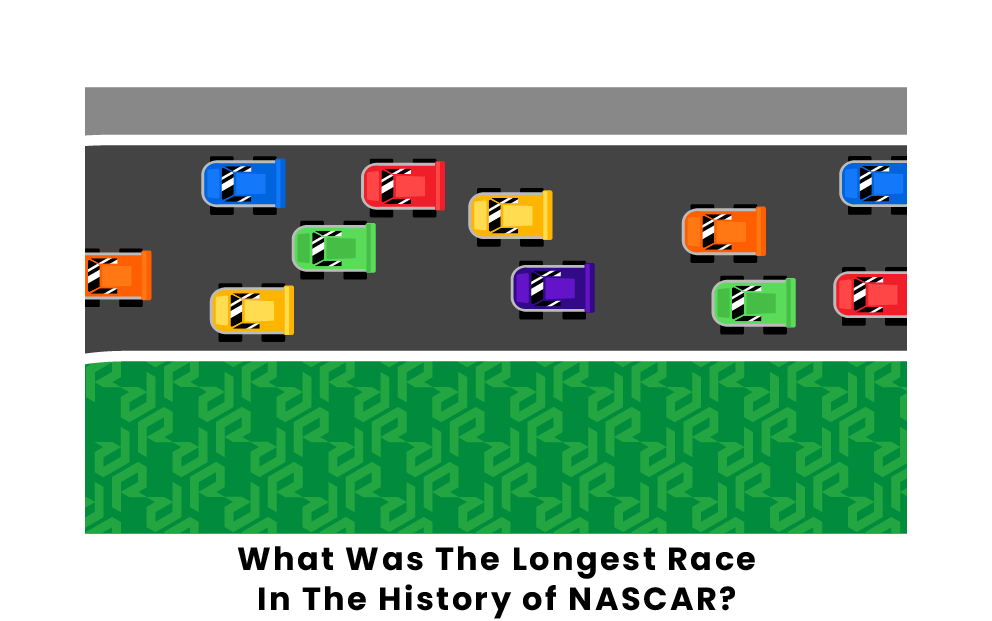 The longest race in the history of NASCAR occurred in 2022 at the Coca-Cola 600 at Charlotte Motor Speedway. To better understand this event, it is important to describe it, analyze its history, and investigate some of its notable moments and car crashes.

The Coca-Cola 600 occurs every year in late May at Charlotte Motor Speedway in Concord, North Carolina. This racing event requires participants to complete 400 laps around a 1.5-mile-long oval track. This equates to a total driving distance of 600 miles. Traditionally, forty drivers will compete in this race. This is the longest event in the NASCAR Cup Series. Specifically, the longest race at this venue occurred in 2022. Driver Denny Hamlin had to drive 619.5 miles to come in first place at this event. This race went longer than normal due to 18 caution flags being flown.

The first overtime laps came as a result of Chase Briscoe spinning out in the final laps of the race while battling for the lead. Then during the first overtime laps, Kyle Larson spun out, bringing out another caution and triggering a second overtime. Denny Hamlin and Kyle Busch were in the first two positions for the final restart. After dueling for the lead during the final two laps, Hamlin edged out his Joe Gibbs Racing teammate, Kyle Busch, by a mere 0.014 seconds.

History of the Event

The Coca-Cola 600 was originally called the World 600 when the inaugural race was run in 1960. It was the first race to be held at Charlotte Motor Speedway and continues to be held there today. This event is held every Memorial Day Weekend. Besides being the longest race in the NASCAR Cup Series, the Coca-Cola 600 offers another unique feature. Due to the installation of lights and race length, the event is able to happen during daylight, dusk, and nighttime. The event was called the World 600 until 1985 when it was called the Coca-Cola World 600. However, the name changed again in 1986 to its current title. Due to the brutal North Carolina heat and humidity, spectators demanded the race be moved closer to night. Lights were installed as a result, which created the opportunity for racers to compete in two different events on the same day.

The Indianapolis 500 is another NASCAR event that occurs earlier than the Coca-Cola 600 on the same day. To complete both of these events, a driver must make the trip from Indianapolis, Indiana, to Concord, North Carolina. Most recently, driver Kyle Busch participated in both of these events in 2014. In 2017, NASCAR created a stage-racing format where all races would be divided into three different stages. However, the Coca-Cola 600 was divided into four stages due to its large distance. This remains the only event in NASCAR that has four stages.

This racing event has been full of notable moments and crashes throughout its history. In 2009, the event lasted more than 6 ½ hours due to issues related to rain. Competitors had to keep stopping due to extreme amounts of downpour on the track. The race began on a Sunday and wasn’t finished until a Monday. On the other hand, the shortest iteration of the race was won in a record time of 3 hours and 44 minutes by driver Martin Truex Jr.

Unfortunately, this event has also been marked by great tragedy. A prominent driver nicknamed Fireball Roberts died after injuries he sustained at the 1964 Coca-Cola 600. He became severely burned in a crash and eventually passed away due to complications with pneumonia. In an unorthodox accident, fans were injured at the event in 2013 by a falling television cable. A cable fell on top of ten people and some race cars. This event is full of history in addition to being the longest race.

What is the longest NASCAR track?

What is the longest NASCAR race?

The longest NASCAR race is the Coca-Cola 600, which is 600 miles long. Drivers go around the 1.5-mile-long Charlotte Motor Speedway for 400 laps. The race is divided into four 100-lap stages.

What is the longest NASCAR race in terms of time?

The longest NASCAR race in terms of time was the 1952 Southern 500 at Darlington Raceway. Lasting six hours, 42 minutes, and 37 seconds, the race was won by Fonty Flock. The incredibly long duration was largely due to the seven cautions, forcing a total of 40 laps of yellow-flag racing.

Pages Related to What Was The Longest Race In The History of NASCAR?